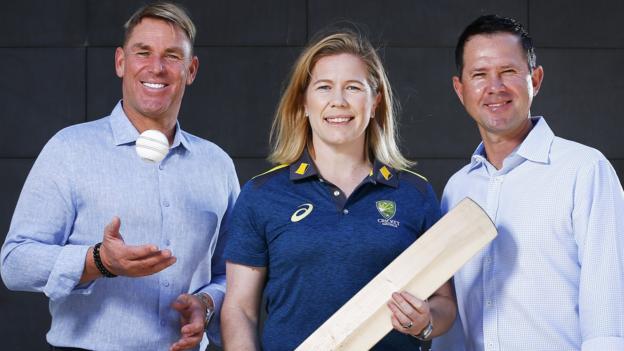 Ricky Ponting and Shane Warne will lead the opposing teams in a charity game to raise money for the Bushfire Relief Fund in Australia.

The game will be one of three to be played on February 8th, as well as the Australian Twenty20 women's game against India and the T20 Big Bash League final.

All game winnings and funds of the day will go to the Bushfire Appeal.

The bushfire crisis in Australia has continued since September and at least 27 people have died.

Ten million hectares of land were destroyed across the country and millions of animals killed in the fires.

Warne previously auctioned off his "baggy green" cap, which raised a million Australian dollars, while a number of cricketers donated money to hit Sixes in the Big Bash.

A number of tennis greats will be featured in an exhibition game on January 15, five days before the Australian Open begins, while current players are donating money for the aces they serve.

"People around the world have burned the overwhelming images of hundreds of thousands of acres, lost precious lives, destroyed hundreds of homes, and witnessed the devastating loss of wildlife as a result of the fires," said Kevin Roberts, general manager of Cricket Australia.

"These images have increased the need to stand behind organizations that respond to the needs of people who have lost loved ones, their homes, and their livelihoods."

Knicks fans have the only chance to recruit Anthony Davis

The International Olympic Committee explains to the athletes that they cannot...