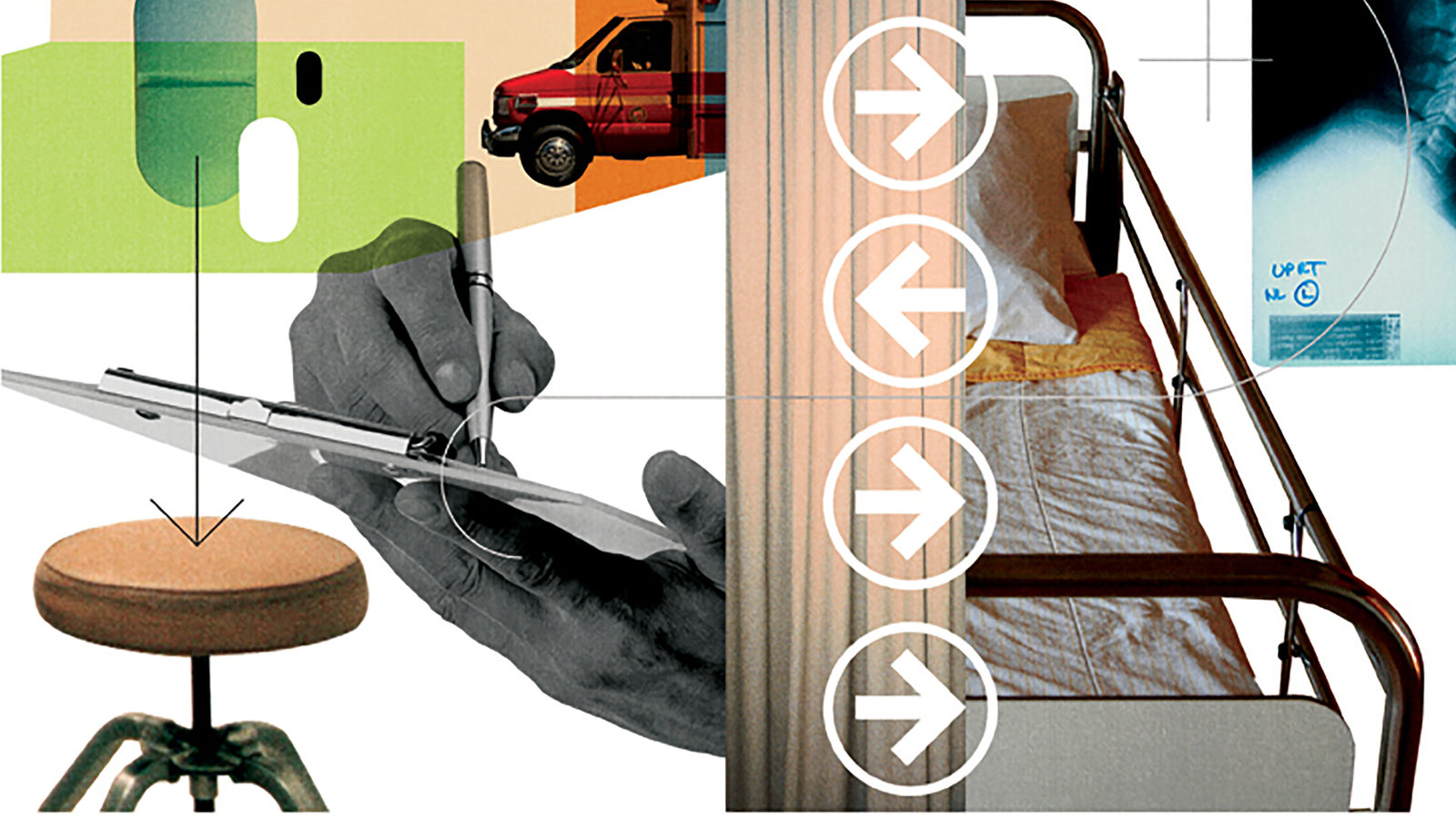 While I was waiting for my CT scan, I saw a folded old man with a worn brown sweater caressing his wife's arm while dozing on a stretcher. His movements were patient, practiced, full of love. Nearby, a maintenance man whistling, with a yellow and black drill in his hand, repaired the door of one of the exploration rooms; it would not close completely By healing the world, we all have our work to do.

When I woke up after a good night's sleep, I heard a nurse talk casually on the house phone outside my room: "Would you tell security we would send that body?" Then, a moment later, a corpse wrapped in a crisp white ghost sheet beyond my door.

As we age, bets seem to increase with each hospitalization. Part of that feeling is wisdom, knowledge. In addition to my own hospital stays, I faced one of my children who had two lung operations when I was a teenager, and then the autoimmune liver failure that almost killed him. And my parents have been treated for metastatic cancers in the past two years.

It's a long way since the summer of 1969, when my sister and I had our tonsils. At that time, the surgery looked like a lark, something to show off at school. Even when I spent six weeks in the hospital in 1984, when my entire colon withered and died, I never imagined that I would not return to health.

But now, whether patient or visitor, hospitals cause me a kind of post-traumatic stress. These familiar rooms and halls unleashed an awkward mixture of fear, resignation and defiance.

My last diagnosis ended vaguely: some type of bacterial infection that, according to doctors, could have been some kind of cellulite. However, the launch of the antibiotic dart worked, the rash faded to opossum and I returned to work two days later.

However, what comes to my mind about my stay is this: while waiting for me to be admitted to the hospital, with cold antibiotics that were already running through my veins, I heard a girl in the emergency cubicle next to the hospital. Own. Reassured by her mother, the girl, younger than 10, I assumed, struggled to be brave. But when a nurse arrived to insert her intravenous needle, the poor girl dissolved:

In her tears and fear I heard the weight of how being in the hospital affects the patient, regardless of our age. How suddenly the potential pain appears, how uncertainty settles in the soul like a scavenger crow on a dead squirrel.

And in solidarity and in my wisdom gained with effort, I couldn't help but begin to sob too.

Breast density alerts may not be helping women