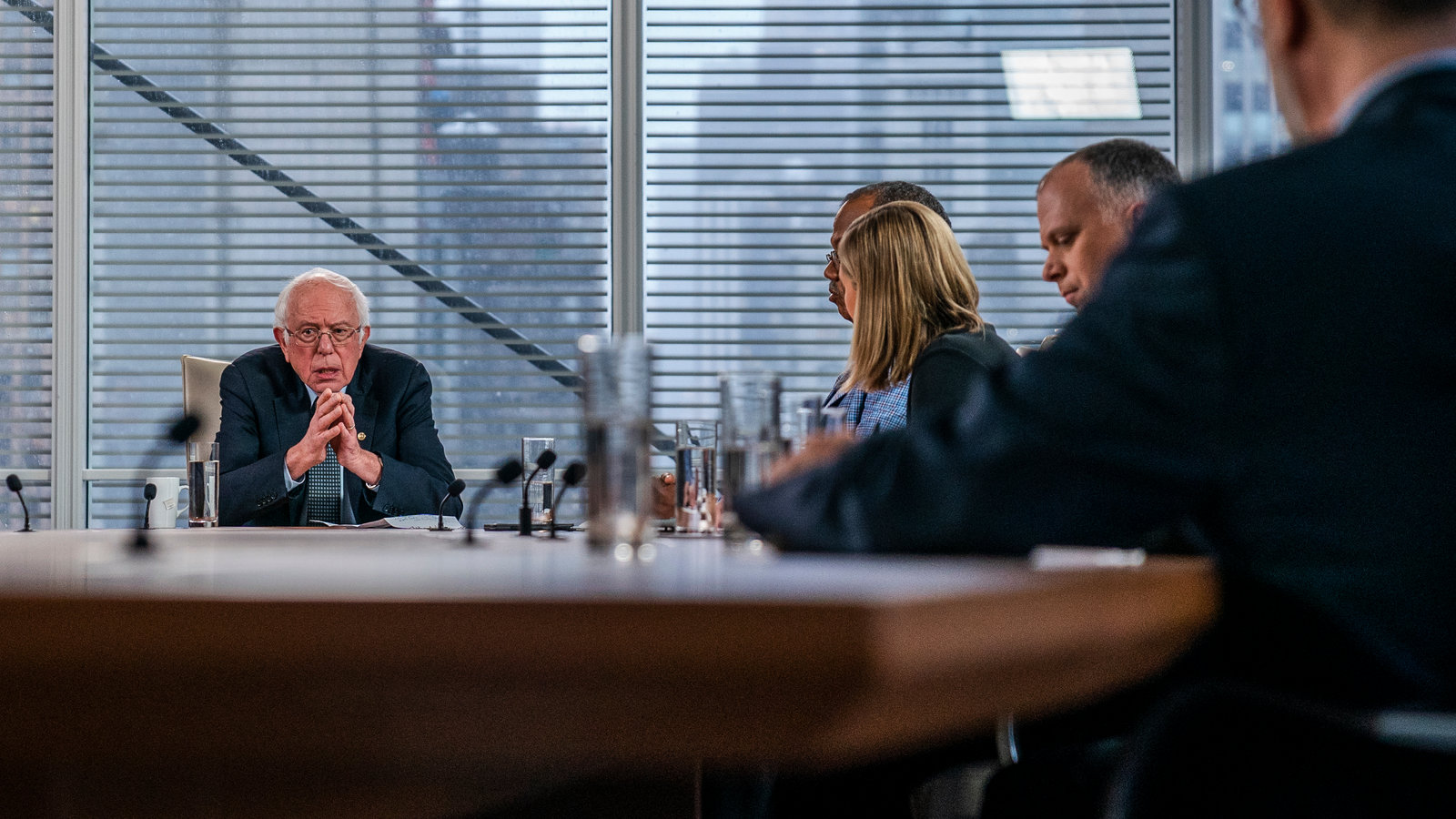 Asked by the editors of a paper he reads religiously but often criticizes what he’s most likely to fare poorly at as president, Mr. Sanders initially responded, “talk to The New York Times,” drawing laughter. But then, with no prompting, he acknowledged: “I don’t tolerate bullshit terribly well.”

Mr. Sanders conceded that he’s not “good at pleasantries” and singled out one particularly grating part of retail politics.

“If you have your birthday, I’m not going to call you up to congratulate you, so you’ll love me and you’ll write nice things about me,” he said. “That’s not what I do. Never have. I take that as a little bit of a criticism, self-criticism. I have been amazed at how many people respond to, ‘Happy Birthday!’ ‘Oh Bernie, thanks so much for calling.’ It works. It’s just not my style.”

Mr. Sanders, 78, was equally candid about his exercise and diet struggles since suffering a heart attack last fall, an event that he said came as “a shock” because he had been otherwise healthy.

“I’m eating better. I’m exercising,” he began. “Well, not as much as I should. It’s hard when you’re on the campaign trail, but I am trying to do better.”

Mr. Sanders, who allowed that he had eaten ribs the previous night, said he viewed his health “as a public responsibility” and revealed that one of his daughters was prodding him toward a new fitness regimen.

“She’s into yoga,” he said. “She’s a yoga instructor. She’s been trying to get me to do this.”

Mr. Sanders, though, was more eager to discuss what he calls his “political revolution,” his vision for a grass-roots uprising that he believes will apply so much pressure on both Republican and Democratic lawmakers that they will rally to, or at least won’t obstruct, his progressive agenda.

Analysis | The grim irony of the White House’s ‘first snow’...

Ex-DOJ Official Dares Trump To ‘Say It Under Oath’ With Impeachment...