The otherwise-engaging Margot Robbie wins the Razzie for the worst performance of her lifetime in this wonky misfire that brings such disgrace to the super-hero genre it makes you wonder why the film was made in the first place. Was it to merely extend the vast reach of the super-hero spin-offs?

Does anyone connected to this project actually believe in it? The plot is deplorably anorexic and the action is staged like the back-end out-takes of the Avengers series. The female protagonists are framed with as much fastidiousness as a mother slapping bowls of cereal in front of her family on a grumpy morning.

Margot, last seen cringing in front of her harasser boss in Time Bomb, makes us cringe with her  artillery of demented facial expressions. Ok, we get it, Harley Quinn has just broken up with the Joker (Joaquin has no time for her as he’s busy collecting awards) and her nerves are on edge. She is a full-blown misfit. But does that justify the hefty hamming?

Even the splendid Ewan McGregor makes us cringe with his villainous act, so vile it is funny. In one sequence McGregor, playing a club-owning gang lord, hears a girl laughing loudly. Taking the laugh personally (I was laughing all through, Ewan) he orders her to get on the table, take off her dress and dance.

There are many such cringe-worthy scenes of violence which are meant to knocks our knickers off. But they end up being humorously self-important. McGregor’s sadistic right-hand man (Chris Messina) likes to cut off vital pieces of his victims’ body, much like the writers of this film who seem to have siphoned off large chunks of the plot rendering it as anarchic as Gotham City without the Joker. 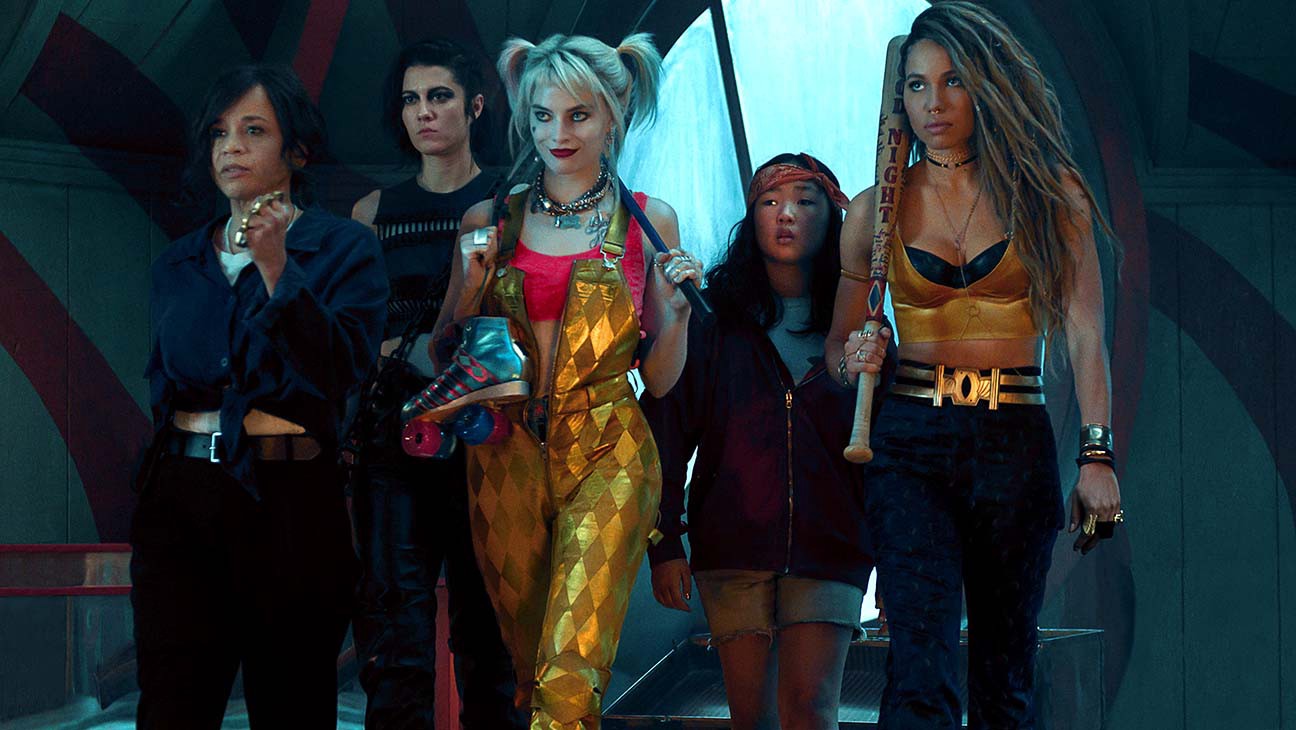 So on to the story, if you insist. It starts with Harley’s break-up and builds into a coruscating construction of cheap revenge where a  young girl Cassandra (Ella Jay Basca) has to be protected by Margo Robbie’s Harley Quinn and her  girl-gang of super-heroines, played by Mary Elizabeth Winstead  and Jurnee Smollett-Bell, both played well by actresses  who  don’t seem  to be  on drugs. Ms Smollett-Bell carries a  song well on her throat, much better than this film which favours shrillness in tone and  thinks  a  blotch of  bright colours thrown into every frame  constitutes psychedelic  art.

There is a cop-heroine, played by  Rosie Perez who wears a tee shirt with the logo, ‘Is This What  I Shaved My Balls For?’

Really, is it? There are many betrayals and double-crossings in the plot, none comparable with what  the  director has done to the super-hero genre. Martin Scorsese is right. This one doesn’t make any sense . Why was it made? Why are we even talking  about it?