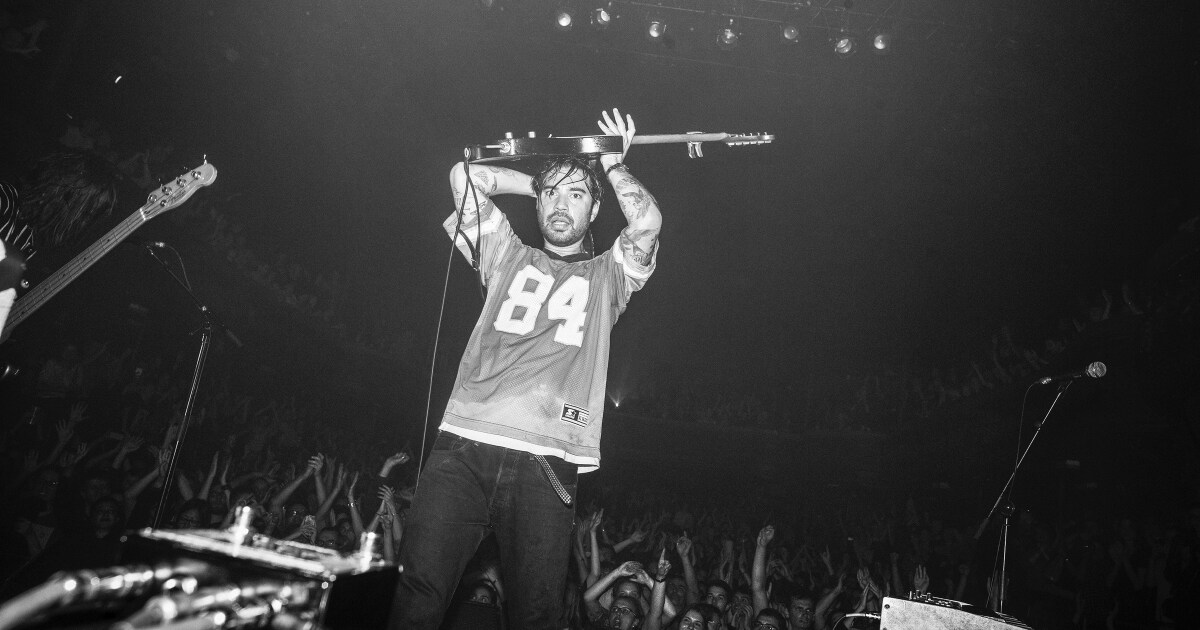 The year 2010 wasn’t exactly an auspicious time to launch a record label — U.S. album sales hit an all-time low, according to Nielsen. But for the founders of L.A. independent label Innovative Leisure, the time was ripe for a passion project that, over the next decade, would launch some of the biggest names in indie music today.

“It started real small, almost like a hobby,” says label artist and co-founder Hanni El Khatib. “We were looking for an outlet to release music that we were fans of, and that reflected the communities we were a part of.”

This weekend, the label celebrates its 10th anniversary with a two-day bash at Pappy & Harriet’s in Pioneertown, featuring performances by El Khatib, Claude Fontaine, Nick Waterhouse, Nosaj Thing, Classixx and surprise guests. We caught up with El Khatib — who will be debuting music from his forthcoming fifth album at the event — about the challenges and triumphs of running an indie label.

Your artists range from hip-hop to punk to soul to jazz. What defines an Innovative Leisure band?
We’re very focused on curating a label where everyone is kind of friends and people are open to collaborating with other artists on the label. We share resources and we all want to see each other do well. Even for artists that aren’t located in L.A., we’re not disconnected from them. We make sure they feel like L.A. can be a home base to them.

What do you think has attracted such a wide variety of artists to your label?
We encourage creative freedom, and that holds a lot more weight to artists than the minutiae of marketing, distribution and money. We’re about cultivating the vision of the artists that we signed.

What has been the biggest change you’ve seen over the last decade?
With streaming, there’s a fast-tracking of artists towards success without much content or music. There’s an art to A&R that I feel has been lost. The plus side is that artists can basically create everything themselves and build a following. But they may not have the infrastructure, or may not even be ready to perform at the level that they’re expected to. That’s a very dangerous spot to be in because then you feel the need to top yourself or that success. We don’t sign based on buzz. We’ll sign an artist that has, say, 200 followers on Instagram. Those kinds of analytics don’t affect who we work with.

Rinzing Denzongpa's debut film Squad boasts of some of the biggest...