After crossing the PUBG Mobile comparison bridge, let's look at Call of Duty: Mobile and briefly explain what makes it one of the best FPS mobile games on the market. If you are familiar with Call of Duty on the PC, you will feel at home as Activision and Tencent have admirably transferred this experience to the phone. When talking about game modes, you can choose between Battle Royale (unlocked at level 5), Free-For-All, Frontline, Team Deathmatch, Hardpoint, and Domination.

Frontline and Team Deathmatch are your regular kill count modes, in which the team that first reaches the kill goal is chosen as the winner. However, the dominance is the one where team performance and coordination skills are tested. But let's talk to the elephant in the room – Battle Royale. Simply put, Call of Duty: Mobile's Battle Royale mode is much better than PUBG Mobile's. 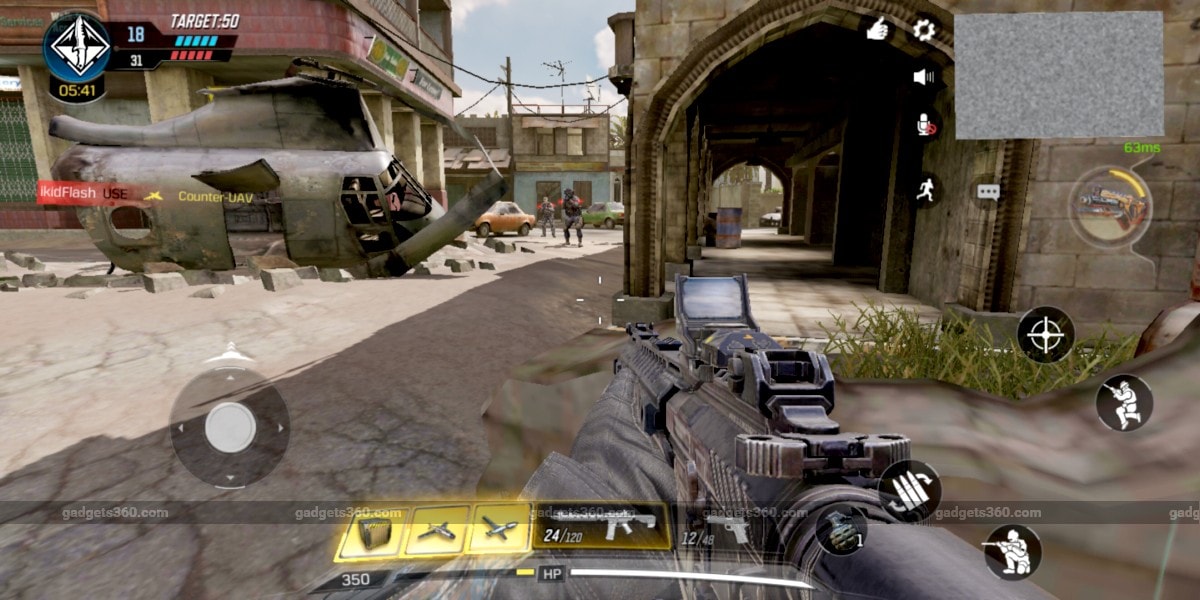 The combat experience in Call of Duty: Mobile is more realistic and engaging

The vehicles fit the scene better and the terrain is more realistic than the stained grass or the ice sheet on PUBG mobile cards like Erangel and Vikendi. The extent of damage caused by weapons is more logical and forgiving. On the other hand, trying to kill an enemy with a sniper rifle up close can get a little frustrating.

There are two control modes: "Simple Mode" for beginners and "Advanced Mode" for those who want more control over their movement and trigger response. We tried both and were happy with the layout of the buttons, but of course the players can customize the layout to their liking. You can't see enemy steps on the map to prepare for a kill like in PUBG Mobile, but that makes Call of Duty: Mobile even more exciting and unpredictable.

The combat attitude and map aesthetics make a good contribution to the representation of a war zone, a destroyed country or an abandoned yacht – essentially in any environment in which a special unit is likely to be deployed. The Call of Duty: Mobile gameplay experience is much smoother than Modern Combat 5 and PUBG Mobile, and the lag-free movement and target experience is a cherry on top. 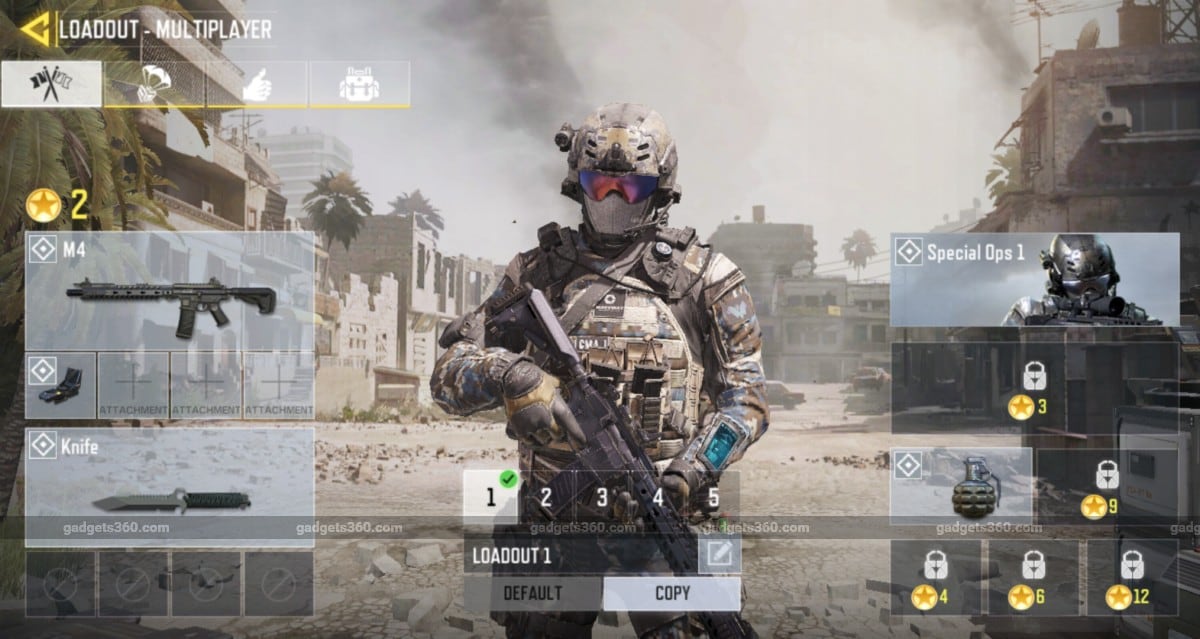 Prepare for the fight in the loadout before a match

Call of Duty: Mobile’s FPS experience, however, is more than a simple shoot-em-up approach. You can spy on enemies from the air, launch a drone attack, or destroy enemies by using a cluster bomb payload. Just kill multiple enemies in a row (or complete a target), collect scores and do the damage the way you want. Then there are deadly weapons like a grenade to take out a number of enemies at once. Or if you want more blood, the flamethrower gun will set many unhappy souls on fire at the same time.

Prepare for battle in Call of Duty: Mobile. The variety of weapons available is impressive and the expansion options are also worth mentioning. Deadly and tactical equipment, melee weapon launchers, etc. are all there, and if you crave customization options, you won't be disappointed either. 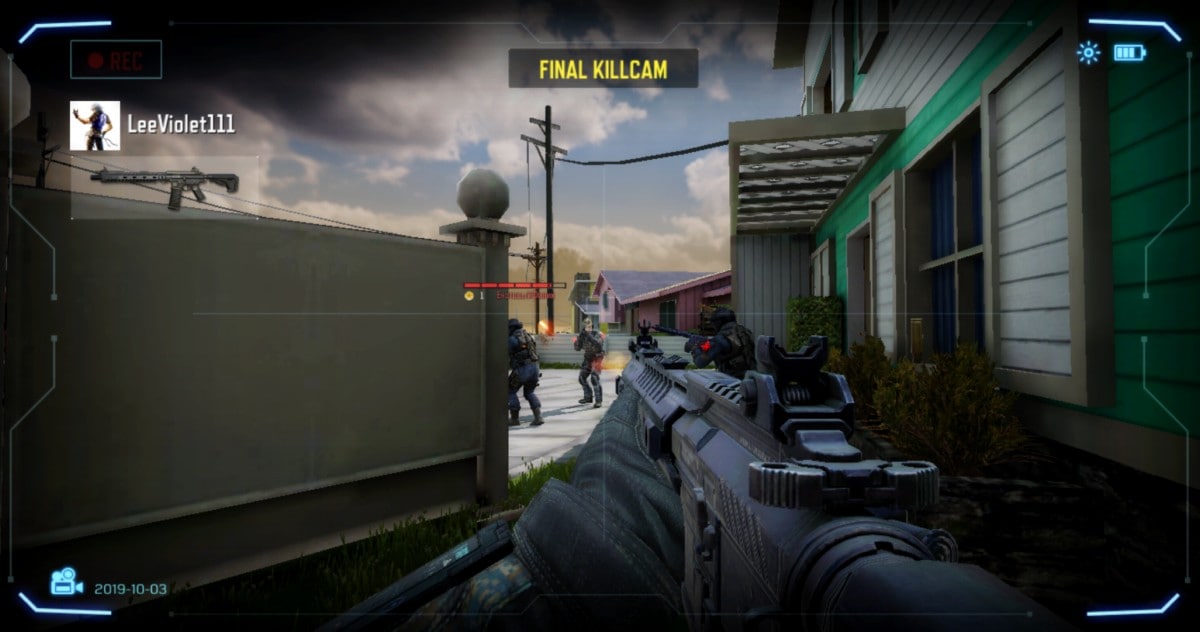 The Killcam feature lets players track the last kill of a match in slow motion.

Call of Duty: Mobile is one of the best PC-to-mobile iterations, and it is an understatement to say that Activision did an impressive job of bringing the Call of Duty experience to the mobile platform.

Yes, there are frustrating login issues every now and then. We also encountered a few cases where the player quit the game abruptly. For new players and those looking for a simple shoot-to-win experience, the variety of game modes, loaded loadout, and customization options may be overwhelming. But when you've got through this phase, Call of Duty: Mobile will be a lot of fun.

The matchmaking times are almost identical to those of PUBG Mobile, provided the servers are not overloaded at the moment. (Yes, this seems to be a common problem at the moment, and Activision is too Work to the solution). These first impressions were collected over 8 hours of gameplay, but we will keep our final judgment until our in-depth review.

Any Google Assistant command for your Nest speaker or ad –...

The mountain of debt for fast growing startups