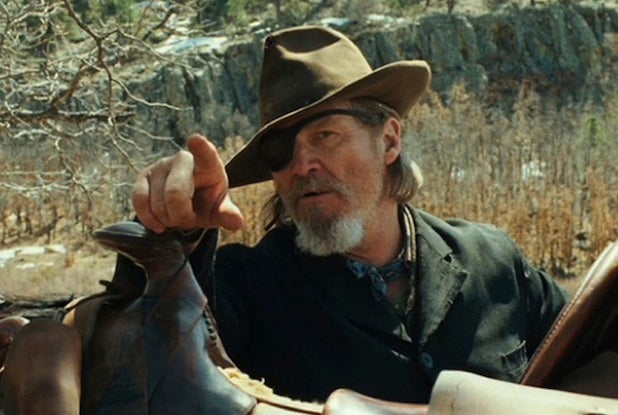 Jeff Bridges in the 2010 adaptation of “True Grit”

The Arkansas native had struggled with failing health for several years, according to his brother, Jonathan, who confirmed the death to the Arkansas Times.

His biggest success was the 1968 novel “True Grit,” the story of a young farm girl who hires a drunken lawman to catch the outlaw who murdered her father. They go on a quest along with a Texas Ranger to track down the villain, and on that adventure, the strength of their “grit” is tested.

Portis’ other work includes comic fiction like “Norwood,” “The Dog of the South,” “Masters of Atlantis,” and “Gringos,” as well as a collection of his shorter works called “Escape Velocity.”

Portis was born in 1933 in El Dorado, Arkansas, to Samuel Palmer Portis and Alice Waddell Portis. He served in the Marines during the Korean War before going on to study journalism at the University of Arkansas.

He was a newspaper reporter before going on to write fiction, having written for Fayetteville’s Northwest Arkansas Times, Memphis’ Commercial Appeal, the Arkansas Gazette, and Newsweek. He went on to become the London bureau chief of the New York Herald-Tribune, according to an obituary his family prepared for the Ruebel Funeral Home which was obtained by to the Arkansas Times.

A look at the stars in movies, TV, music, sports and media we lost this year

Midway Review: Blockbuster VFX Save WWII Epic from Being a Clunker

Box Office – Thappad on the same lines as Panga, Shubh...