Varun Dhawan, who was last seen in Street Dancer 3D, is currently shooting for Coolie No 1. He will once again collaborate with his father, David Dhawan for the remake of the 90s hit which starred Govinda and Karisma Kapoor in the lead roles. Sara Ali Khan is the leading lady and reprising the role of Karisma. Paresh Rawal will be stepping into the shoes of Kader Khan. 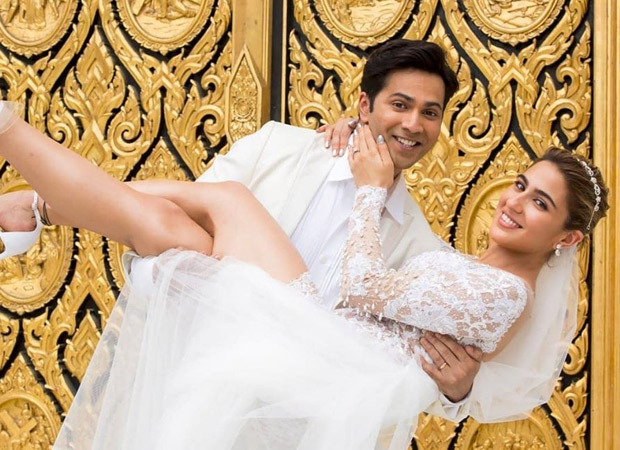 While the film is almost complete, Varun Dhawan and Sara Ali Khan will head to Goa along with Jaaved Jaffery for the shoot of a romantic song. In the film, Sara hails from Goa and will be filming important scenes along with Jaaved that is integral for the narrative. The plan is to shoot this recreation of the original song at the beach locations and capture the scenic beauty. The song, right now unknown, is recreated by Tanishq Bagchi.

The original film featured some of the iconic songs including ‘Husn Hai Suhana’ and ‘Main Toh Raste Se Ja Raha Tha’ which will be recreated in the remake.

Pooja Entertainment’s Coolie No 1, directed by David Dhawan, starring Varun Dhawan and Sara Ali Khan produced by Vashu Bhagnani, Jackky Bhagnani and Deepshikha Deshmukh, is all set to release on May 1, 2020.