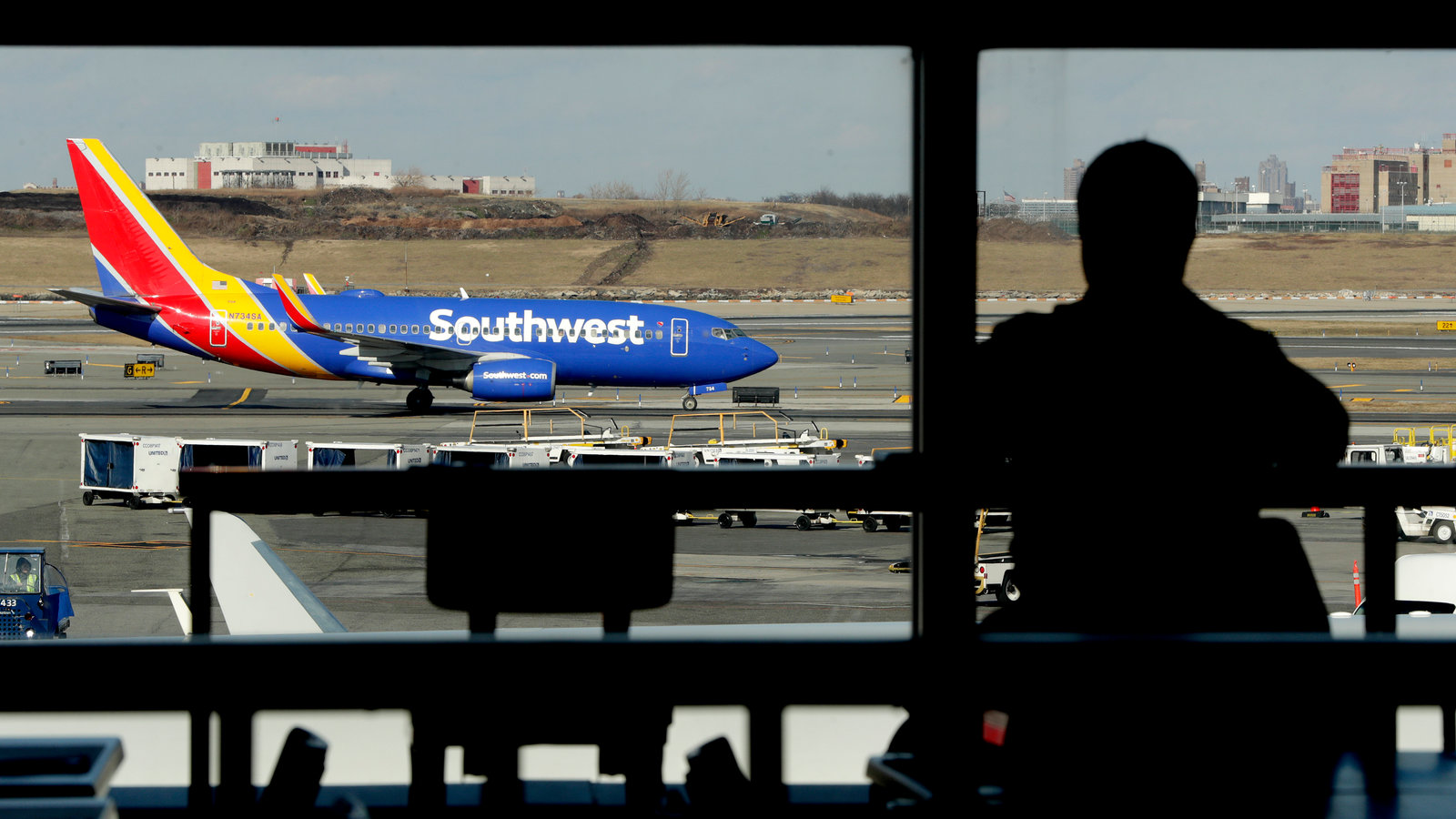 For Gov. Andrew M. Cuomo, who has made building major projects a centerpiece of his tenure, it is a signature plan — turning La Guardia Airport into a world-class, 21st-century travel hub.

A crucial part of that is a $2 billion AirTrain that would connect La Guardia to New York City’s subway system and commuter trains.

That plan has been rapidly moving forward. But now an influential Democrat, Representative Alexandria Ocasio-Cortez, is questioning why the governor’s plan was the only option among dozens for getting travelers to and from La Guardia to have survived a federal review.

Ms. Ocasio-Cortez, a vocal freshman in Congress who represents parts of Queens and the Bronx, is demanding in a letter to federal officials answers to why 46 alternatives to Mr. Cuomo’s AirTrain project were ruled out so quickly over the opposition of many Queens residents and community groups.

Her decision to weigh in could slow a permitting process that state officials had been shepherding as part of their grand plan to modernize La Guardia.

Ever since former Vice President Joseph R. Biden Jr. likened arriving at La Guardia to landing in “some third-world country” nearly six years ago, Mr. Cuomo has made overhauling the 80-year-old airport one of his main missions. The current $8 billion rebuilding of nearly every part of the airport is scheduled to be completed by 2025.

Mr. Cuomo often says that La Guardia is the only major airport on the East Coast without a rail link. Most passengers get to and from the airport in cars or taxicabs that often get trapped in traffic on the Grand Central Parkway and other roads in northern Queens.

The other major airports that serve New York City — Kennedy International and Newark Liberty International — have AirTrains that connect their terminals to subway or train stations. The agency that operates the three airports, the Port Authority of New York and New Jersey, has promised that an AirTrain would provide a reliable passage to La Guardia from Midtown Manhattan in 30 minutes or less.

Mr. Cuomo and the Port Authority did not immediately respond to requests for comment about Ms. Ocasio-Cortez’s letter.

But opponents of the LaGuardia plan have criticized its indirect route, as well as its soaring cost.

The proposed 1.5-mile path of the AirTrain would take it along the south shore of Flushing Bay and around Citi Field in Willets Point, where there are stations for the 7 subway line and the Long Island Rail Road. Those stations are further east than La Guardia, so travelers from Manhattan would have to go beyond the airport to head west.

When Mr. Cuomo broached the idea for the AirTrain in 2015, his office said that building it would cost $450 million. Two years later, the Port Authority had more than tripled that estimate to $1.5 billion. But in October, the agency’s board authorized spending $2.05 billion on the project.

By then, a review of the project’s potential impact on the environment was underway. It is being conducted by the Federal Aviation Administration because the Port Authority hopes to recoup some of the costs of the AirTrain through fees added to airline tickets.

Still, the report concluded that none of the alternatives were feasible, leaving just two choices: Build the AirTrain or do nothing. Queens community groups and residents of the neighborhoods surrounding La Guardia reacted angrily, pressing their elected officials to intercede.

In a letter sent on Friday to Philip O. Newman, an assistant administrator at the F.A.A., she asked the agency to clarify why it had eliminated several of the alternatives “given the results of the public comments, and the concerns raised by community members of the cost, impact and practicality of the fixed guideway to Willets Point.”

Those alternatives included extending the N subway line from Astoria to the airport, creating dedicated lanes for the Q70 express bus, adding ferry service and connecting an AirTrain to the subway and Long Island Rail Road stations in Woodside.

Explaining her inquiry, Ms. Ocasio-Cortez said: “This decision will have a lasting impact on thousands of people in our community. The community must receive answers to their fundamental questions and it’s imperative that we understand why further investment and improvement of other transit options have been ruled out.”

The F.A.A. did not immediately provide a response to her concerns.

Ms. Ocasio-Cortez’s intercession could spell trouble for Mr. Cuomo and Port Authority officials, who have been fending off critics of the AirTrain plan. Last week, Rick Cotton, the executive director of the Port Authority and a loyal ally of Mr. Cuomo, said in an op-ed on Streetsblog that the proposed AirTrain route was “by far the most sensible, practical” alternative and that it “has received the most support from a broad swath of the surrounding community.”

Mr. Cotton was responding to Benjamin Kabak, the editor of the website Second Ave. Sagas, who had called the AirTrain plan “the worst of all transit outcomes: a $2-billion project designed to push potential riders away from their destinations.”

Many of the negative comments the F.A.A. received were about leading air travelers and their luggage onto the 7 train, which is notoriously overcrowded at rush hours. Its station in Willets Point is also used by fans attending Mets baseball games at Citi Field and the United States Open at the U.S.T.A. Billie Jean King National Tennis Center.

“Not only is the 7 train crowded, when the tennis matches are there, you cannot get in the 7 train,” said Edwina Thompson, 79, a 30-year resident of nearby East Elmhurst.

Ms. Thompson said sentiments at the community meetings about the AirTrain that she had attended were overwhelmingly negative. “Every meeting I have been to, everybody has been so against it,” she said in an interview. “They say it’s going to help the airport traffic, but I doubt it really seriously.”

Wuhan coronavirus: Is it safe to travel?