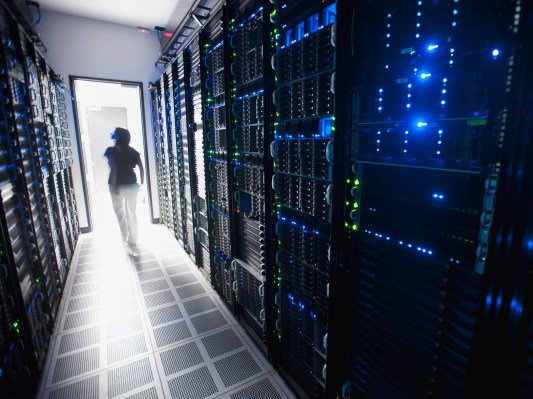 Moving data from an on-premises data warehouse such as Teradata to the cloud is difficult to solve, especially if you have built custom applications based on that data. Datometry, a start-up in San Francisco, has developed a solution to solve this problem. A $ 17 million investment in Series B was announced today.

WRVI Capital led the round with participation from existing investors such as Amarjit Gill, Dell Technologies Capital, Redline Capital and Acorn Pacific. According to Crunchbase data, the company has raised a total of $ 28 million.

The startup helps to move data and applications – lock, warehouse and barrel – to the cloud. First of all, it focuses on Teradata data warehouses and applications based on them, as it is a popular business offering, says Mike Waas, CEO and co-founder of the company.

“Almost all large companies are currently having problems moving their data to the cloud. At Datometry We have developed a software platform that allows them to take over their existing applications and switch to the new cloud technology and work with cloud databases without having to change SQL or APIs, ”Waas told TechCrunch.

Nowadays, customers without datometry would have to hire expensive system integrators and take months or years to rewrite their applications. However, according to Datometry, a way has been found to move the applications to the cloud and reduce the migration time from years to weeks or months. through the use of virtualization.

The company first created a new scheme for the cloud platform. It supports all major players, including Amazon, Microsoft and Google. Then the applications run on a virtual database that runs the schema, and the old application connects to a cloud data warehouse like Amazon Redshift.

Waas sees virtualization as the key here, as it enables its customers to run the applications as they always did on site, but in a more modern context. "Personally, I think it's time for virtualization to disrupt the database stack the way it disrupted pretty much everything else in the data center," he said.

From there, they can start developing more modern applications in the cloud, but he says that his company can bring them to the cloud faster and cheaper than was previously possible, and without significantly disrupting their operations.

Waas founded the company in 2013 and it took several years to develop the solution. This is a difficult problem to solve, and it was ahead of the curve when it came to moving this type of data. When his solution went online in the past 18 months, it proved to be good timing when companies suddenly started looking for ways to move data and applications to the cloud.

He said that with 30 employees, he was able to build a customer base of 40 customers because the cloud service providers help with sales and lead them to customers, more than they can currently treat as a small startup.

The plan for the future is to use part of the money from this round to build a partner network with system integrators who will help with the implementation so they can focus on developing the product and supporting other data repositories in the future.