Shubh Mangal Zyada Saavdhan has recorded a jump of 20% on Saturday as early estimates suggests collections in the range of Rs. 10.90 to 12 crore, taking the two day total around the 20 crore mark. The biz has gone up primarily at the multiplexes in the five cities – Mumbai, Delhi, Chennai, Bangalore and Kolkata, while the single screens continued to remain dull. Even in the five metros, it is Delhi that is over-performing at the moment which has pushed the film to the 20 crore mark. Multiplex films usually record bigger jumps on Saturday, but SMZS had over-performed on Day one as it was coming off the Maha Shivratri holiday. It’s a taboo subject which has curtailed its reach but even the on-ground reports among the target audience is not outright positive as per the limited sample size analysed. 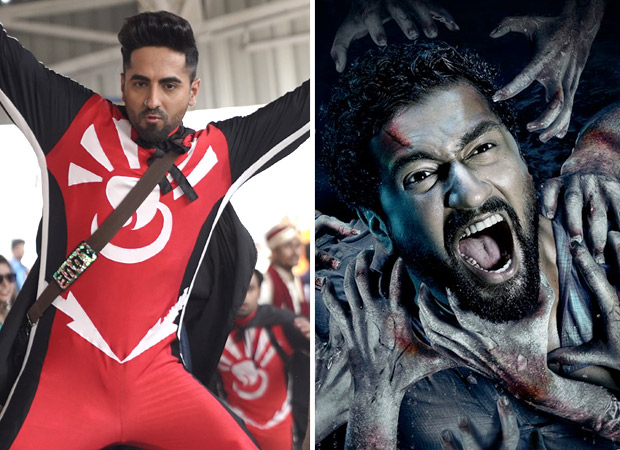 The word of mouth is not as positive as the last two Ayushmann Khurrana comedies, Dream Girl and Bala however it’s the hold on Monday that would give a clearer picture. At the moment, Shubh Mangal Zyada Saavdhan is headed towards a 33 to 35 crore opening weekend, which is a fair result but it needs to sustain over the weekdays to reach the 70 crore mark and emerge a success for the producers.

The second release of the week, Bhoot too has recorded an upward swing in collections as early estimates suggest collections in the range of Rs 5.65 to 6.75 crore. This has set the platform to grow and breach past the 20 crore weekend mark. The positive point for this Vicky Kaushal starrer is that the subject appeals to the masses, which gives it a chance to witness a bigger jump than its competitor on Sunday, but it all boils down to the crucial Monday test.

The reports are not encouraging, particularly for the second half, so it would be interesting to see how the film fares from Monday. Lifetime collections upward of 40 crore would be a decent result, but the trend so-far is not up-to the mark. Sunday and Monday will give a clearer picture about where the film is headed.

Watching Ramayan During the Lockdown? Here are 10 Doordarshan Shows We REALLY Want to See