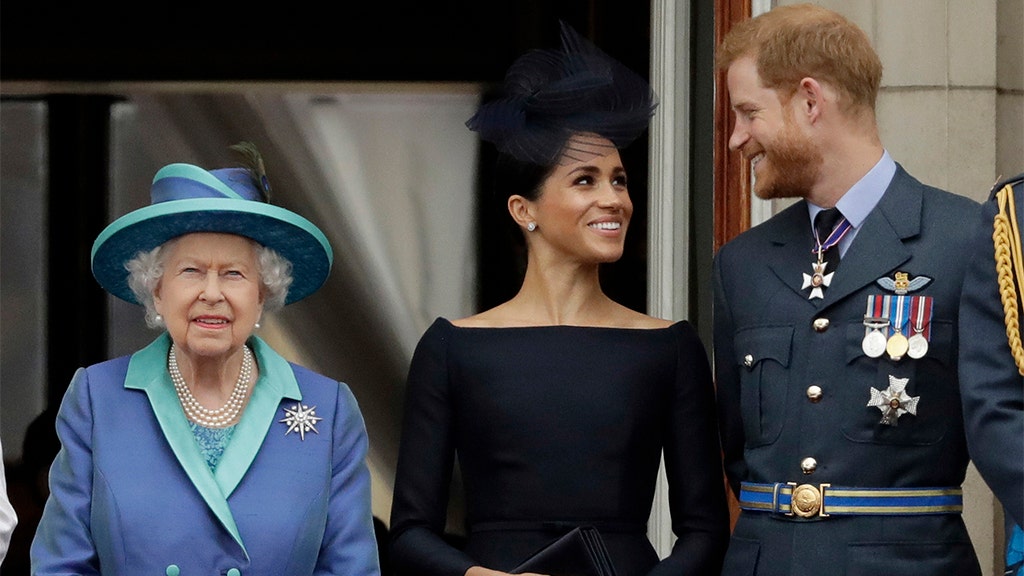 Between classified meetings, vague public statements and tight-lipped officials, there’s a lot of room to speculate about what’s happening behind closed doors at Buckingham Palace.

Following Prince Harry and Meghan Markle’s announcement that they will “step back” from royal duties, many have wondered whether they will keep their royal titles as Duke and Duchess of Sussex — and it’s possible that Queen Elizabeth II has already dropped a hint.

In an official statement that the Queen released on Monday following a high-level meeting between herself, Harry, and Princes Charles and William, the monarch only referred to Harry, 35, and Markle, 38, by their names and “the Sussexes” rather than their official titles: the Duke and Duchess of Sussex.

In the statement, the Queen, 93, said she had “very constructive discussions” about Harry’s future role in the family.

“My family and I are entirely supportive of Harry and Meghan’s desire to create a new life as a young family,” the statement read. “Although we would have preferred them to remain full-time working Members of the Royal Family, we respect and understand their wish to live a more independent life as a family while remaining a valued part of my family.”

She did, however, once refer to the couple as “the Sussexes.”

In past statements, the monarch has referred to Harry and Meghan as “The Duke and Duchess of Sussex.”

“They won’t have HRH taken away anymore than the Duke of Windsor did,” Lacey said in reference to Elizabeth’s uncle Edward VIII, who abdicated the throne in 1936.

Less than a week ago, Harry and Meghan shared on Instagram that they planned to “step back as ‘senior’ members of the royal family and work to become financially independent, while continuing to fully support Her Majesty The Queen.” The announcement also stated that they plan on splitting their time between the U.K. and North America.

Movie Review: Made In China

Felicity Huffman's daughter has been cast in 'The Twilight Zone.' Yes,...