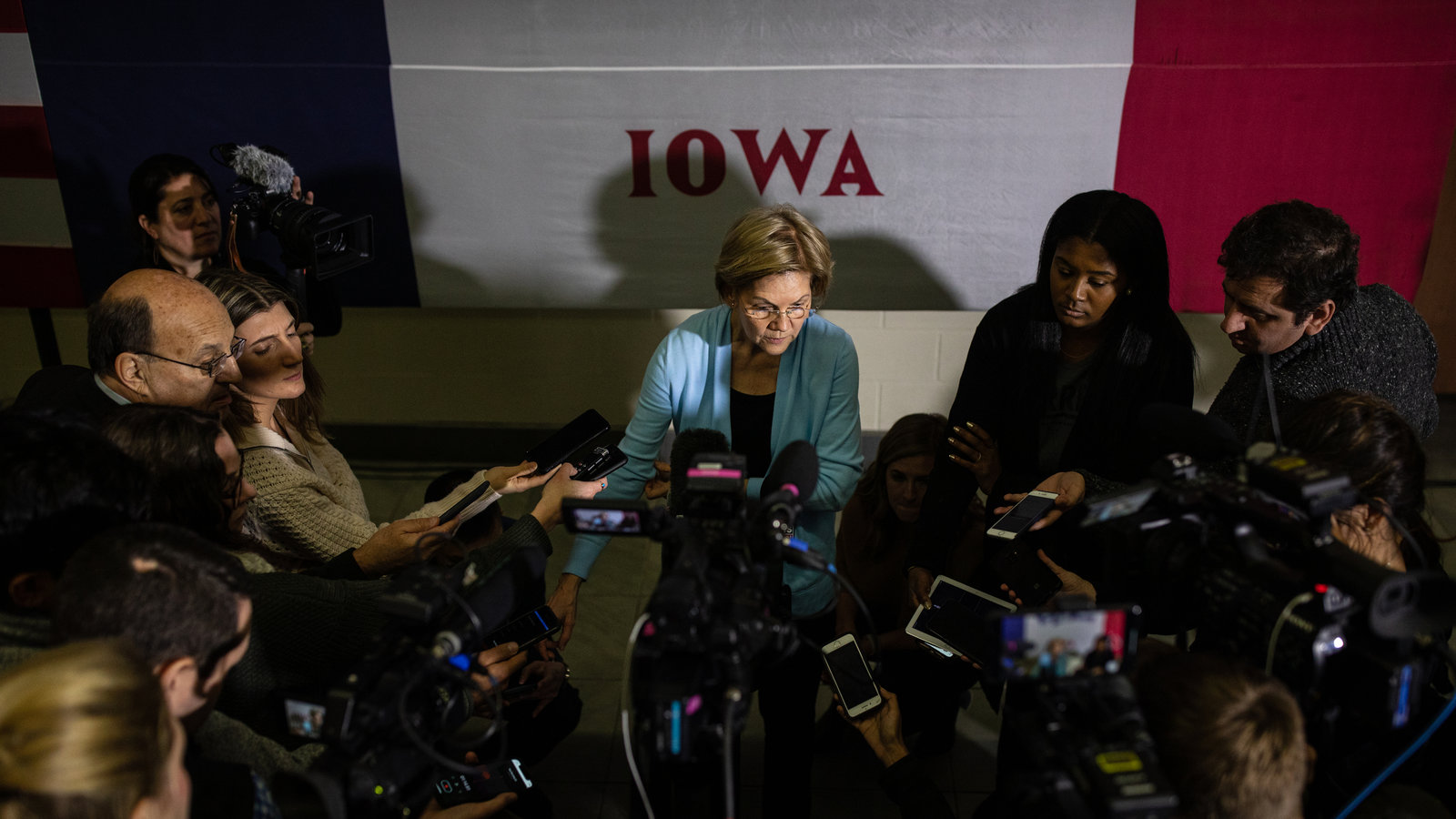 MARSHALLTOWN, Iowa — A nearly yearlong run of good will between two of the leading progressives in the 2020 presidential race, Senator Elizabeth Warren and Senator Bernie Sanders, appears to be evaporating in the run-up to the Iowa caucuses.

On Sunday, Ms. Warren said she was “disappointed” that Mr. Sanders’s campaign had been using a call script for volunteers that suggested she was appealing mainly to highly educated voters and would not be able to expand the Democratic Party coalition.

“I was disappointed to hear that Bernie is sending his volunteers out to trash me,” Ms. Warren said. “I hope Bernie reconsiders and turns his campaign in a different direction.”

After months of studiously avoiding any negative words about Mr. Sanders, Ms. Warren went on to cite the divisiveness of the 2016 primary between Mr. Sanders and Hillary Clinton, suggesting it helped President Trump. “We all saw the impact of the factionalism in 2016, and we can’t have a repeat of that,” she warned. “Democrats need to unite our party and that means pulling in all parts of the Democratic coalition.”

The volunteer call script was first reported by Politico and its authenticity was not disputed by the Sanders campaign. It begins: “I like Elizabeth Warren. [optional] In fact, she’s my second choice. But here’s my concern about her. The people who support her are highly-educated, more affluent people who are going to show up and vote Democratic no matter what.”

It goes on: “She’s bringing no new bases into the Democratic Party.”

A top Warren supporter in Iowa, State Senator Claire Celsi, strongly disputed that argument and said she was unsurprised that the Sanders campaign was leveling it. “Doesn’t surprise me about Bernie,” she said. “He went straight to the gutter with Hillary. More of the same.”

The Sanders campaign declined to comment. But his national press secretary, Briahna Joy Gray, wrote on Twitter that while “Warren has plenty to recommend her,” only “Only Bernie’s volunteer army, fundraising numbers, and popularity with a diverse working-class coalition can compete” with Mr. Trump.

Mr. Sanders and Ms. Warren are the two leading liberals in the primary, and a Des Moines Register/CNN poll over the weekend showed Mr. Sanders with his first lead in Iowa, at 20 percent, followed closely by Ms. Warren at 17 percent. Behind them were Pete Buttigieg, the former mayor of South Bend, Ind., with 16 percent and former Vice President Joseph R. Biden Jr. with 15 percent.

Ms. Warren’s campaign has begun to project her as a “unity candidate” — “We need someone who will excite every part of the Democratic Party,” she told reporters Sunday — and her latest big-name endorser, the former housing secretary Julián Castro, has sharpened that message as a cudgel against her rivals.

Still, Mr. Sanders is not the first to try to pigeonhole Ms. Warren as the candidate of the elites. Mr. Biden did so last fall, grating on Ms. Warren’s allies. In a Medium post in November, Mr. Biden accused Ms. Warren, though not by name, of engaging in a “‘my way or the highway’ approach to politics.”

“It’s condescending to the millions of Democrats who have a different view,” Mr. Biden wrote at the time. “It’s representative of an elitism that working and middle-class people do not share: ‘We know best; you know nothing.’”

On Sunday, Ms. Warren’s campaign and supporters pushed back at the idea that she had an affluent-only coalition.

“I earned my GED before going to a state school and I am proud to support Elizabeth Warren!” Roger Lau, Ms. Warren’s campaign manager, wrote on Twitter.