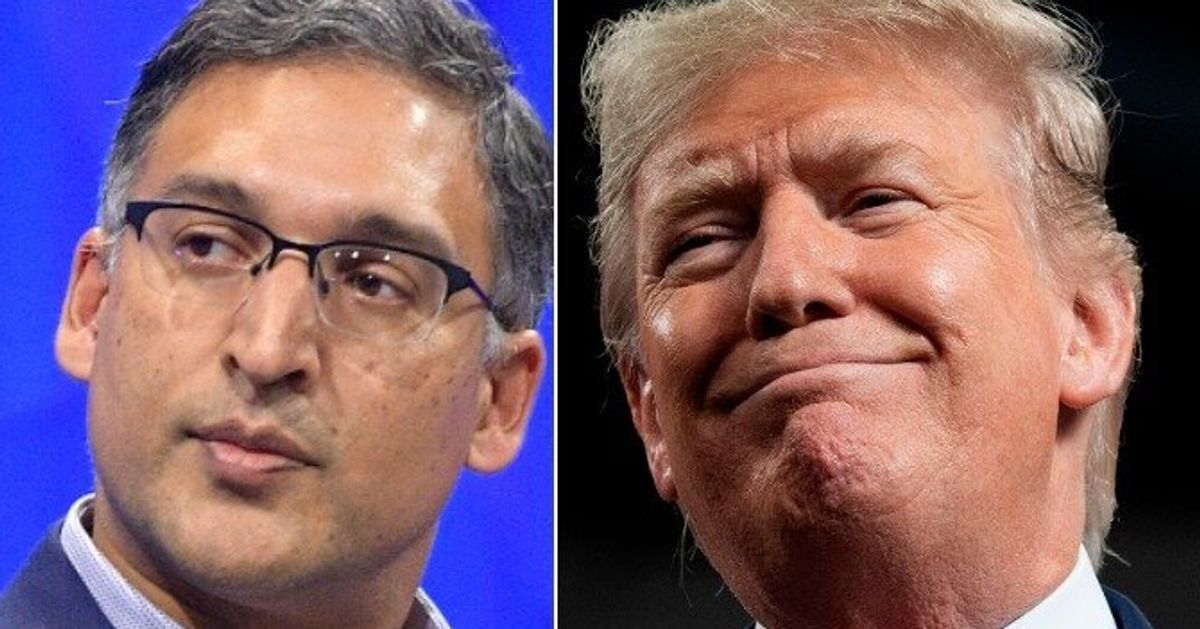 A former top official in the Justice Department is daring President Donald Trump to testify during the upcoming Senate impeachment proceedings.

Neal Katyal, who was acting solicitor general under then-President Barack Obama and author of the book Impeach: The Case Against Donald Trump, said on Twitter that if Trump were innocent, he should be “clamoring” for a chance to clear his name.

“The fact that you don’t speaks volumes,” he wrote.

Katyal was replying to a tweet in which Trump slammed the proceedings as a “no evidence, no crime, read the transcripts, ‘no pressure’ Impeachment Hoax” and called for an “outright dismissal” instead of a trial.

Katyal said that’s not the behavior of an innocent person and that if Trump really believed he was innocent, he should testify to clear his name under oath before the Senate and not via Twitter. Katyal added a hashtag he’s used before for Trump: #SayItUnderOath:

So come and testify and explain why 18 witnesses, many from your own Administration, have testified in Congress and thrown the book at you. So far, the count is 18-0.

Your party controls the Senate. If you are innocent you should have nothing to fear. #SayItUnderOath https://t.co/0CzfxX56zQ

If you really believed this, you’d be trying to clear your name—clamoring for a real trial, with witnesses+docs, and you would testify under oath that you did “nothing wrong”

The fact that you don’t speaks volumes and far more than your protestations of innocence on,ahem,Twitter https://t.co/S7lT750ZzC

On Sunday, House Speaker Nancy Pelosi said dismissing impeachment ― as Trump and some Republicans are hoping for ― would amount to a cover-up.

“The senators who are thinking now about voting for witnesses or not, they will have to be accountable for not having a fair trial,” she warned on This Week.

She is expected to send the articles of impeachment to the Senate this week.

Judge Judy Has Issued Her Decision: She Likes Michael Bloomberg