In the past few days, a video conference service called “Say Namaste” has started to do laps in WhatsApp groups and Twitter circles. The service was tied to the Indian government’s official videoconferencing app, created in and for Indian users – both corporate and private. However, this is only partially true – the government’s only official video conferencing service is currently operated by the National Informatics Center and is not available through smartphones or websites, but is reserved for ministerial purposes only.

“I had reported the release of a pre-beta version of our own video conferencing app on my personal Facebook account. It went viral overnight – we expected a few hundred users to test our service, most of whom were friends and family. Instead, we reach more than 500,000 users within a few days, and our service is still in beta, ”said Anuj Garg, co-founder and CEO of Inscripts, the company that Say Namaste founded.

Garg and his team created the app from home in two days to take advantage of the demand for video conferencing tools while working at home from Covid-19. Say Namaste, he says, was a nod to the presence of avoiding physical contact, and more importantly, Indian-ise the video conferencing tool to better connect with the audience. And connect, it did.

In contrast to the WhatsApp messages about Say Namaste as the official app of the Indian government, this is not the case. The app was privately created by Garg and his team of around 50 developers on his Inscripts team, and there was no government interaction or input. “It is a positive thing and we are pleased that so many people are talking about us right now. We would of course be happy to work more closely with the government, but that is all in the future,” says Garg.

He affirmed that Say Namaste will be one of the participants in the innovation challenge hosted by the Ministry of Electronics and Information Technology (MeitY), in which the eventually victorious startup would receive a sum of 1 billion rupees to offer its services for official government purposes. Because of this, and considering the problems Zoom is currently facing, Say Namaste needs to make its platform as secure as possible, and that’s exactly what Garg is focusing on now. 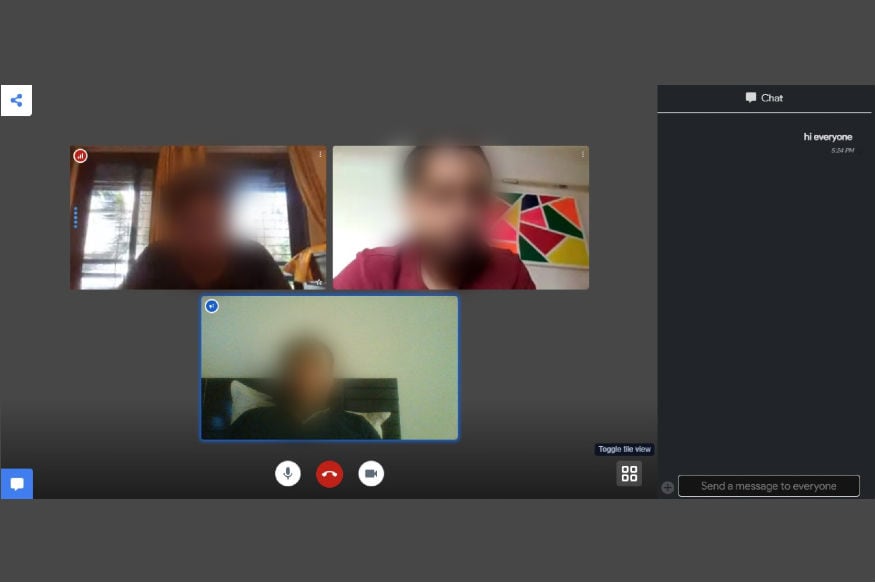 Garg’s expertise in communication apps is based on the largely successful CometChat, which has existed for over a decade and offers companies such as HDFC Life, Harvard University and JPMorgan Chase, among other things, encrypted text and communication services. This is what he also wants to use for Say Namaste.

“In the coming days we will be organizing our first independent security audit to identify existing security gaps in our software. However, it is important to note that our software is still in the beta phase. As a result, there will currently be some persistent problems, all of which will be fixed at an official launch, ”says Garg.

According to Garg, Say Namaste is currently using a mix of proprietary and open source technologies. “This includes a number of proprietary encryption standards that we already offer to our larger customers in the banking and medical industries (via CometChat). We are still considering several options regarding the type of encryption standard the service will provide. This includes examining how end-to-end encryption works best with our service without impacting performance. For this we use different techniques, e.g. For example, encrypting data packets during transmission, cryptographic keys, etc., ”adds Garg.

However, he says that encryption alone is not the only answer to data protection and security. “In addition to choosing the best possible encryption standard, we are also examining access point control. We’re also about to add two-factor authentication to the app in the next few days to verify the participants in a video call. We can also enable directory indexing of email addresses by organizations, which means that video call sessions can only be limited to a list of pre-selected email addresses to keep intruders away from the call, ”says Garg.

The latter is a feature that sounds useful to companies and has notoriously suffered from the zoom. The main advantage of Sayaste will be not to be designed as a business application and to integrate security and data protection functions from the start.

Despite all of the potential, Garg confirms that he does not want to build a general-purpose communication suite, but instead wants to focus on the simplicity of the user interface and ease of use. In our experience with the service to date, a user only needs to enter a name of their choice to generate a meeting link with a randomly generated 10-digit meeting ID and a four-digit passcode. Participants can join one at a time, and there are no waiting rooms or privacy policies that you can use to selectively approve users when they join a call. Although a limit on the total number of callers has not yet been confirmed, Garg confirms that Say Namaste can already support up to 25 callers together and would like to support 100 live participants in one call in the future.

“One of my most important test groups for Say Namaste was my mother, and that’s the level of simplicity that I want to set through the app. Aside from video conferencing, the service is only offered with screen and file sharing. The latter is currently hidden, but is offered via the text chat interface. However, I want to make sure that the user interface is still very simple and intuitive to use, which many users currently need in large quantities, ”said Garg.

With such an approach, Garg believes it is unfair to compare such a startup to a service like Zoom that is worth billions of dollars. Assume that Namaste is currently only available in beta form for the web app, but has submitted its mobile apps for Android and iOS to the respective app stores for review by Google and Apple. Garg believes that a stable start should be possible in the coming weeks, which could coincide with the schedule for the live delivery of Say Namaste’s smartphone apps.

Given the upcoming deadline for the MeitY competition on April 30th, it will be interesting to see how Say Namaste’s journey progresses and whether it actually matches the premonition of WhatsApp groups to become the Indian government’s official video conferencing tool.

Over 26 lakh coronavirus COVID-19 cases worldwide have killed more than...

Google podcasts have been reported to be updated with auto-download, queues,...