Fitbit, the American fitness wearables company recently acquired by Google, faces a serious challenge from Chinese competitors in India. Fitbit has been around much longer than its competitors, but that doesn't guarantee success in the market. Companies like Amazfit have launched several products last year, most of which offer more features and cost less than Fitbit products. No product will feel the heat as strongly as the Fitbit Versa 2, as it is one of the company's most expensive wearables in India. Can the Versa 2 face the tough competition? Let's find out in this review.

The Fitbit Versa 2 has a square surface with rounded corners. The colored AMOLED touchscreen looks really good, but its thick bezels make it look a bit dated. This is not good for a premium fitness. However, we had no complaints with the display itself – it can get pretty bright and the colors also look very good. You can set the display in the Versa 2 settings so that it's always on. However, this has a big impact on battery life. We'll talk about it in the performance area.

The Versa 2 is very comfortable to wear. The aluminum shell feels good and the strap is also quite comfortable overall. We were able to carry the Versa 2 for several days without any problems and only removed it for charging or drying after a workout or a shower.

There is only one button on the Fitbit Versa 2

There is only one button on the left side of the Versa 2 – if you press it once, it acts as a back button, and if you press it for a long time, the practice app starts. There is a microphone on the right because the Versa 2 supports Amazon's Alexa voice assistant. After Fitbit was taken over by Google, we can be pretty sure that future Fitbit products will include Google Assistant in addition or instead.

The Versa 2 is swim safe, which is a must at this price. It comes with a proprietary charging station, which is a little disappointing, but not surprisingly given the Fitbit story, in which almost every new product has delivered a new charger. The bracket has a clip-like mechanism in which you need to insert the Versa 2. The problem is that there are charging pins on one side only, but the watch can easily be mistakenly mistakenly inserted. If you don't check that the Versa 2 is properly seated in the charging station, the device may not be charging at all.

For a premium fitness watch that supports many training modes, it's pretty sad to see that the Versa 2 doesn't have a built-in GPS. You need to use your paired smartphone's GPS sensors to track training with the Versa 2. This means that the Fitbit app always needs access to your location, regardless of whether it is active or not. This raises concerns about privacy, and although Fitbit is a well-known brand, we don't want apps in the background to access our location data. 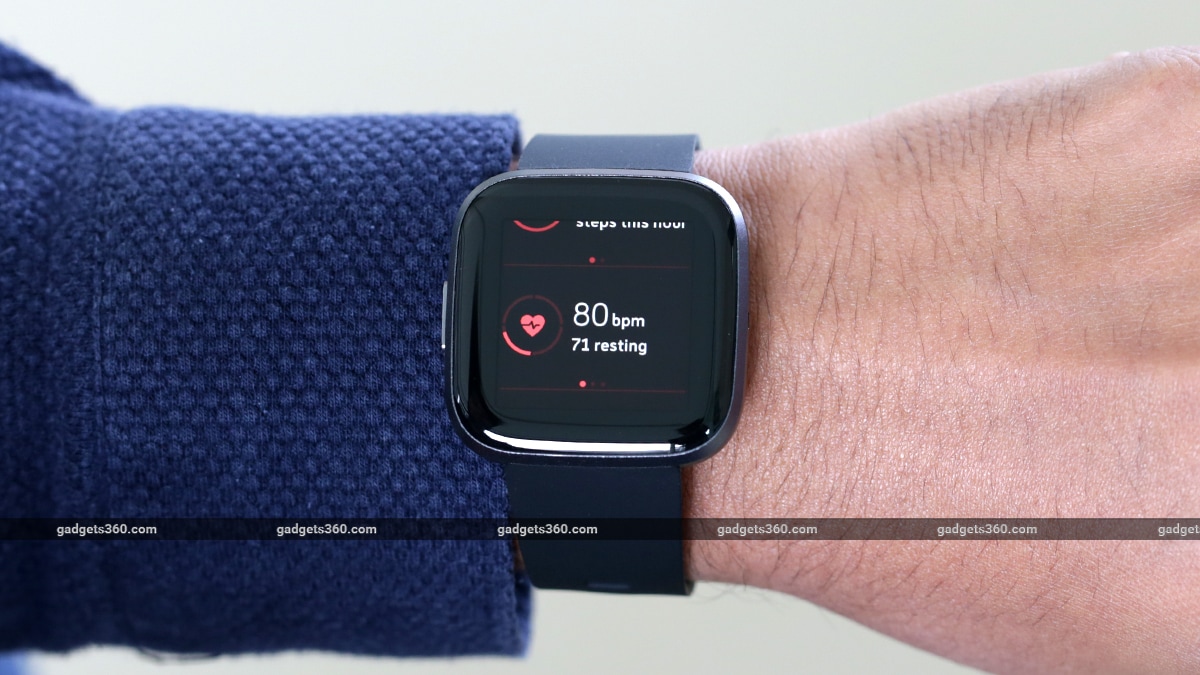 The heart rate measurement on the Versa 2 is pretty accurate

Second, you always have to have your smartphone with you when you want to track workouts, which may be impractical. After all, we are currently using a smartphone that is 3.5 years old and whose battery life is no longer as long. The constant use of GPS is an enormous power consumption.

We were still running our standard test series on the Versa 2 to measure performance. First, we took 1,000 steps, while manually counting each one to see if the Versa 2's step tracker was correct. The Versa 2 recorded 1,006 steps, which is extremely accurate. We also ran 1 km on a route that was measured with a car's odometer to check GPS accuracy. The Fitbit Versa 2 covered 1.05 km here, but it should be noted that this is the GPS accuracy of the paired phone and should not be used to assess the wearable itself.

The Fitbit Versa 2's heart rate sensor is pretty accurate. The measured values ​​corresponded to the fatigue during training, which can be seen clearly. You can also follow a number of other workouts like swimming, running, elliptical training, yoga, etc. on Versa 2, which is good to see. We will talk in detail about the software in a moment.

We carried the Fitbit Versa 2 all night to see if the sleep tracking was reliable and we were pleased to see that it was. The app assigns you a sleep rating that shows how well you slept. We found this metric helpful. Our sleep values ​​reflected how we thought we slept. 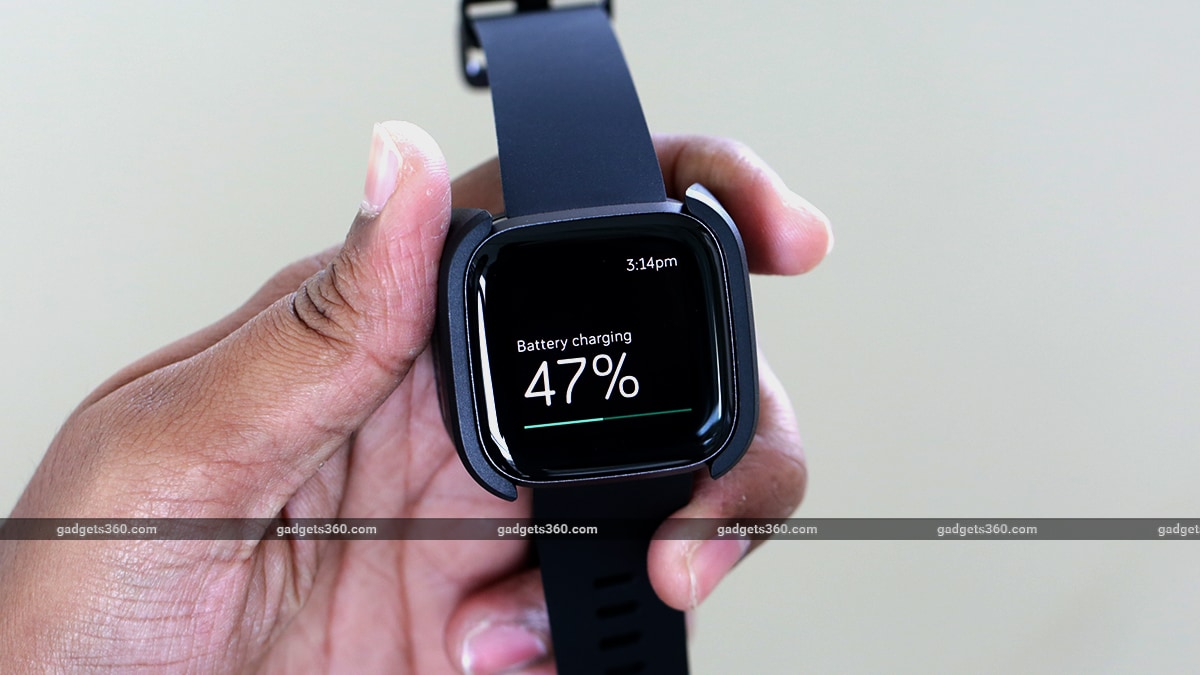 The Fitbit Versa 2's battery life was very good when we didn't check the "Always on" option. The device easily lasted a week on a single charge, with notifications turned on and we were wearing the device almost around the clock. That's good, but if you want a constantly on display, the battery life drops to two days, which is pretty bad. It would be nice to see important information like time and battery level at a glance, so the reduction in battery life is a little disappointing.

The Fitbit Versa 2 is a pretty powerful smartwatch, but there are a few things to keep in mind. You can answer or reject incoming calls on the Versa 2, but you cannot make calls from there. It supports quick responses for notifications, but only on Android. You can also transfer music from your computer to the Versa if you want to store songs on the device (up to about 2.5 GB), or you can use music streaming services like Spotify or Deezer on the watch, which is very good you can see.

Some of the most important apps for a wearable such as Spotify and Strava are available in the Fitbit App Store. Apart from a few big names, there isn't much to download there. This is a little complaint, to be honest, since most people will buy the Versa 2 for fitness functions and it has almost everything you need on this front.

While the Versa 2 supports Amazon's Alexa and allows you to check the weather, set timers, and control your Echo devices, we haven't used this feature often. Supporting voice assistants is a must for some people, but not for everyone. 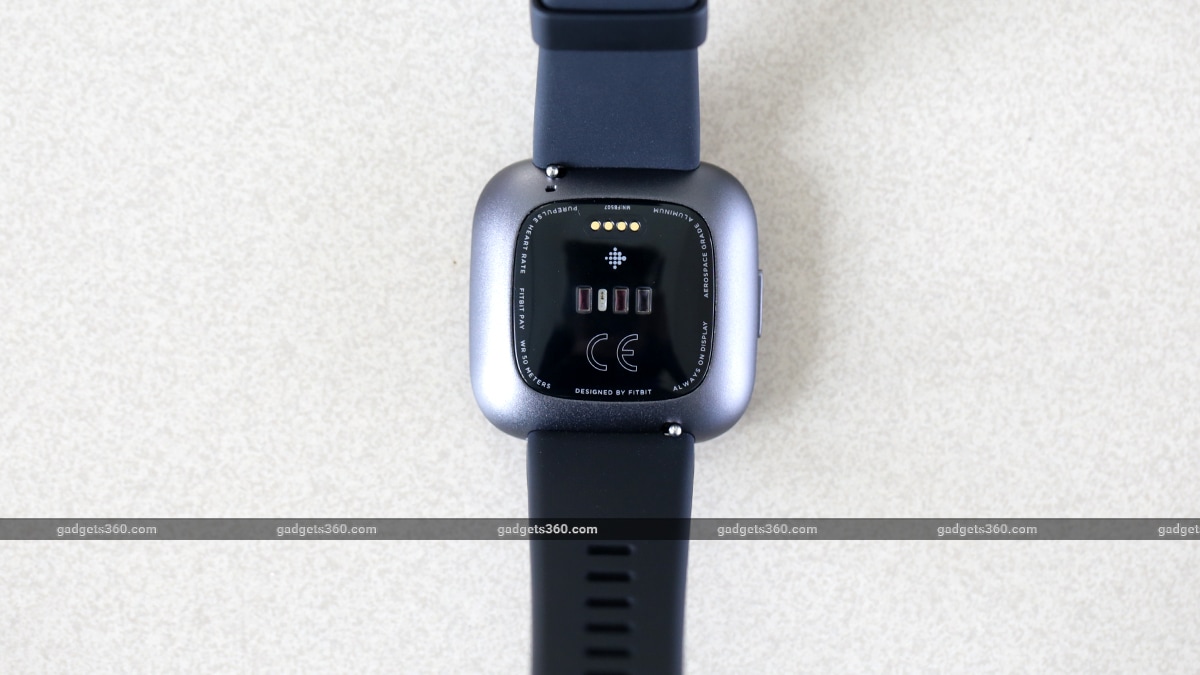 The Fitbit companion app is one of the best fitness apps we've used. It's chic and shows all the information you need on well-designed charts, which is great. It's also nice to be able to share Fitbit data with your friends or members of the Fitbit community using the Community tab. There is a Fitbit Premium subscription option for Rs. 819 per month or Rs. 7,000 per year, including wellness reports, healthy lifestyle programs, video workouts, and more. If you want an app to coach you, this is a decent option. However, there are several other apps that can better meet your fitness training needs, and you can find similar features at lower prices or even for free.

The Fitbit Versa 2 looks good, feels good and has a powerful companion app. These are all good features, but the lack of built-in GPS severely limits their usefulness. For a premium fitness machine, this is a blatant omission.

The Versa 2 was launched at Rs. 20,999 in India, but is currently available for around Rs. 15,000 online. Wearables such as the Amazfit Verge (review) also offer a better price-performance ratio at this lower price. This model has similar features along with built-in GPS, but not the same level of software polish. Hardcore fitness enthusiasts will want to spend a little more on Garmin or TomTom fitness watches, and of course iPhone users should definitely consider the Apple Watch Series 3 (review) at this price level.

There's a lot to like about the Fitbit Versa 2, but the competition is much stronger now than when Fitbit first came to India. The company needs to improve their game to remain relevant to fitness watches in the premium segment.

Tips, tactics and cash flow strategies for the survival of startups in a crisis

What parents should know about VR equipment that kids want

Amazon Alexa connects to a toy kitchen for preschoolers – CNET