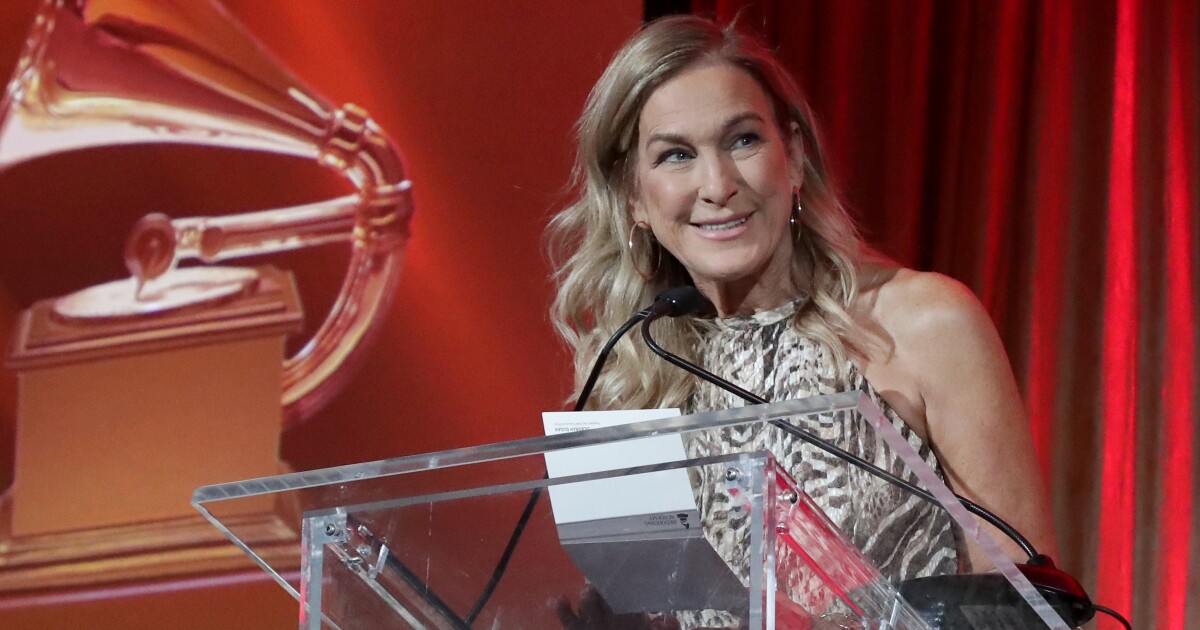 Dugan took over on Aug. 1 as the first female president of the Recording Academy, which oversees the Grammy Awards. Dugan replaced longtime Recording Academy chief executive Neil Portnow, who suggested in 2018 that female artists should “step up” if they wanted to be recognized at the Grammys.

“The Board determined this action to be necessary in order to restore the confidence of the Recording Academy’s Membership, repair Recording Academy employee morale, and allow the Recording Academy to focus on its mission of serving all music creators,” the statement continued. “Board Chair Harvey Mason Jr. will serve as interim President and CEO pending the conclusion of the investigation. The Recording Academy Board of Trustees is committed to fostering a safe, diverse, and inclusive workplace, music industry, and society.”

Representatives for the academy said no other information was immediately available.

A source with knowledge of the Recording Academy’s operations told The Times that Dugan “didn’t fit in, from the get-go.”

Her appointment, announced in May, was considered a concrete step toward addressing longstanding issues of gender bias in the music industry in general, and in particular at the Recording Academy. Previously she had been chief executive at (Red), the AIDS nonprofit founded in 2006 by U2 singer Bono.

Following Portnow’s remark, a firestorm of criticism was unleashed at him and the organization from musicians, male and female, as well as others in and out of the record business.

One immediate result was the formation of a 15-woman, 3-man task force, headed by Tina Tchen, former chief of staff to First Lady Michelle Obama, created to explore “conscious and unconscious” discrimination against women, people of color and those in the LGBTQ community.

The Task Force’s final report, issued in December, described the aftermath of Portnow’s comments a “public relations crisis with respect to [the academy’s] commitment to diversity.”

In her first interview with members of the media following the announcement of her appointment, Dugan told The Times, “All the issues that Neil has addressed have led us to a larger conversation, and that is a conversation, of course, that we need to have about women and diversity in music. Where we take it and how we use this organization to affect positive change, that’s one of the questions I’m most excited to answer in this job.”

How her departure may impact the 2020 Grammy Awards ceremony is unclear.

The Grammys will take place at the Staples Center on Sunday, Jan. 26.

More as this story develops

All the Movies Suspended or Delayed Due to Coronavirus Pandemic (Updating)