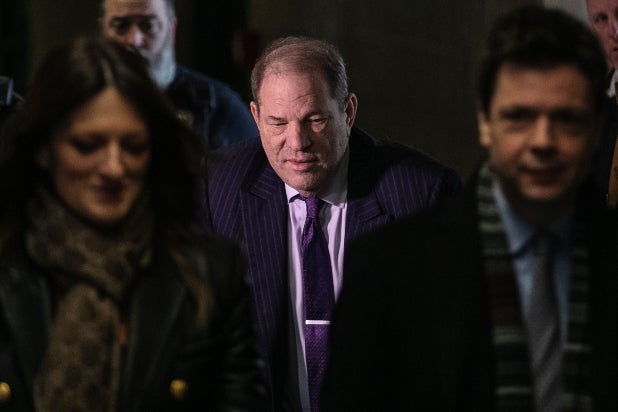 The jury in Harvey Weinstein’s Manhattan criminal trial completed a second day of deliberations on Wednesday without reaching a verdict.

Throughout the day, the jury received a readback of the testimony and cross examination of key witnesses Miriam Haley and Rosie Perez; emails between Haley and Weinstein, and verbal clarification of the first two felony counts against Weinstein. The jury also requested communications between Weinstein and the defense’s first witness, film producer Paul Feldsher, as well as all emails mentioning actress and Weinstein accuser Annabella Sciorra.

Since Tuesday, the 12-person jury has been deliberating over the five felony counts against Weinstein: two counts of predatory sexual assault and one count each of a first-degree criminal sexual act, first-degree rape, and third-degree rape. He has pleaded not guilty.

Also Read: Inside the Harvey Weinstein Jury’s Tricky Task and Why They Can’t Find Him Guilty on All 5 Counts

Earlier in the day, Weinstein’s team requested once again to remove Juror No. 11 from the panel on the grounds that she had reviewed a book, Kate Elizabeth Russell’s “My Dark Vanessa,” involving a predatory older man, as well as indicated she was reading a French book, Vanessa Springora’s “Le Consentement,” related to the sexual abuse of a teenage girl, on a book-reviewing social media site. (This same juror is also an author who has a forthcoming book involving predatory older men.)

“She just hasn’t done anything wrong,” the judge responded, reaffirming his prior ruling that she shouldn’t be dismissed because she’s only reading the books.

Before the day’s lunch break, Weinstein’s attorneys unsucessfully sought a gag order against attorney Gloria Allred, who represents several Weinstein accuers and has been present in the courtroom this week.

Also Read: Harvey Weinstein’s Criminal Trial Heads to the Jury – But Has the Prosecution Made Its Case?

“While the state is not making any public comments, Ms. Allred, who represents three alleged victims in this case, has been talking to the state … [and] runs out with every opportunity to make statements about her clients’ testimony,” Damon Cheronis, one of Weinstein’s lead attorneys, said.

Burke essentially denied the defense’s motion, saying, “I wish I had that kind of authority.”

The request came a day after prosecutors asked the judge to reprimand the defense for an op-ed published in Newsweek by Weinstein attorney Donna Rotunno, claiming that the piece bordered on jury tampering. Early last month, the defense also sought to bar Allred from the courtroom but had its request denied.