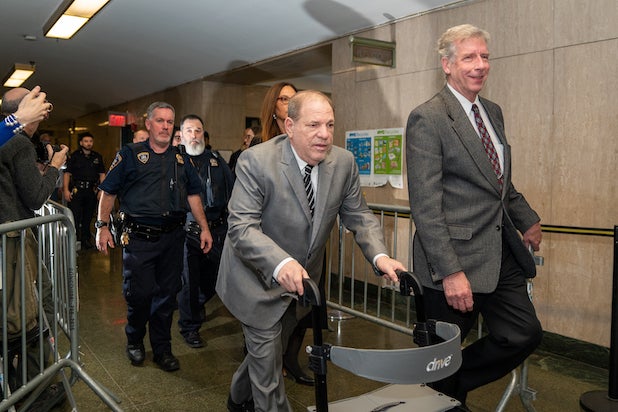 A witness for Harvey Weinstein’s defense testified on Tuesday morning that Jessica Mann — one of the main accusers in the mogul’s criminal trial — was acting “normal” around the time after she alleged she was raped by Weinstein.

Mann, whose accusations make up some of the charges against Weinstein, testified that at the DoubleTree Hotel in New York around March 2013, Weinstein violently raped her before she was supposed to have a breakfast meeting with two friends and Weinstein. Tuesday’s witness, Thomas Richards, was one of the friends who attended the breakfast meeting.

Richards said Mann did not seem to be in any sort of distress and that she was acting like her “everyday self.”

During a relatively brief cross-examination, Assistant District Attorney Joan Illuzzi asked Richards about his drinking the night before the breakfast meeting. He acknowledged that he had gone out to bars and came back to the hotel late and a little bit tipsy.

Richards’s testimony came a day after another one of Mann’s former friends, Talita Maia, testified that she also could not recall Mann seeming upset after the New York incident.

The defense is expected to rest on Tuesday, with opening statements scheduled to begin on Thursday. The jury will deliberate on the charges — which include predatory sexual assault and first- and third-degree rape — beginning next Tuesday. Weinstein has pleaded not guilty and denied all accusations of nonconsensual sex.