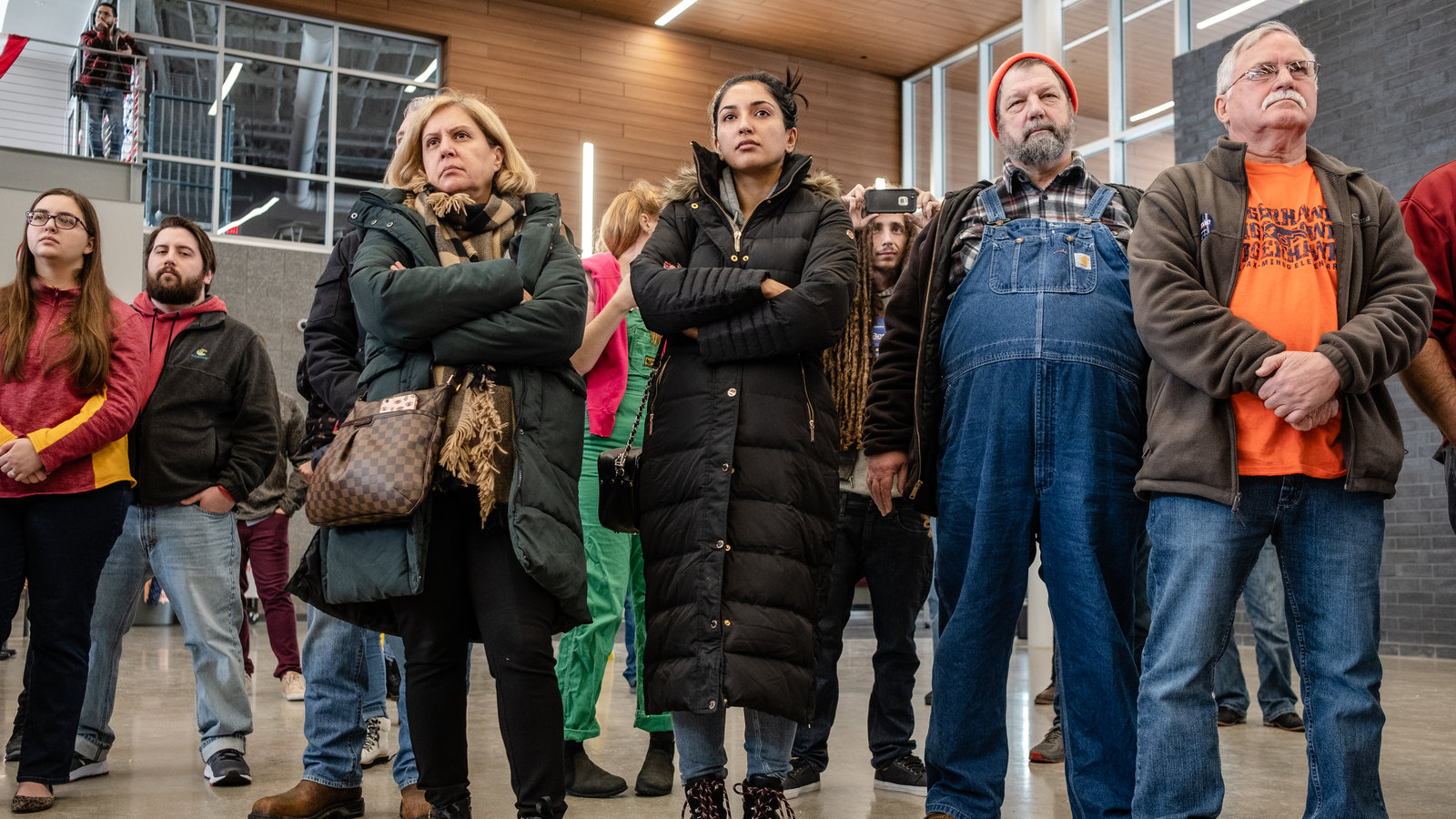 The surges and retreats in the Iowa polls — all the candidates in the top tier taking a turn at the top — reflect how scrutiny of whoever is in the lead brings attacks in the debates and, for voters, second thoughts. The debate on Tuesday in Des Moines is likely to be fierce as candidates seek momentum going into the final weeks before the caucuses.

“The number of undecideds truly has as much to do with the stakes as with anything else,” said Sue Dvorsky, a former chairwoman of the Iowa Democratic Party. Ms. Dvorsky and her husband, Bob, a former state senator, don’t expect to settle on a candidate until caucus night.

“Very honestly, our decision will be made based on what is happening in the room that night,” she said, adding that “we are center-left people,” favoring the candidate leading in that lane. “This year there is great uncertainty,” she said. “I don’t know if Biden’s going to be viable that night.”

Mr. Biden’s ads in Iowa call the Trump presidency “the most dangerous moment in a generation.”

A poll of the state by Monmouth University on Monday showed Mr. Biden leading among likely caucusgoers with 25 percent, followed by Mr. Sanders at 18 percent, Mr. Buttigieg at 17 percent and Ms. Warren with 15 percent. Three days earlier, the Des Moines Register/CNN poll also showed a tightly bunched, four-way field at the top, with Mr. Sanders in first with 20 percent.

Asked how important it was to chose a candidate capable of defeating Mr. Trump, three in four supporters of Mr. Biden and Mr. Buttigieg named this as a crucial factor in the Register poll. But only 54 percent of Sanders supporters and 53 percent of Warren supporters did so.

Angela Woodhouse, 56, of Muscatine, said Democrats were “super fortunate because we have so many great candidates.” But she, too, had not made a decision.

“I would be happy with anyone, honestly,” she said. “Trump is so bad.”

The persistent, hand-wringing indecision among Iowans has unnerved elected officials, county chairs and campaigns alike, many of whom have adopted an anything-can-happen approach to the caucuses while at the same time continuing to await a still-elusive sign that the race is shaking out. And it could snarl the already complex caucus process that favors visible momentum and live persuasion.

The Trump Impeachment Saga Is About To Heat Back Up