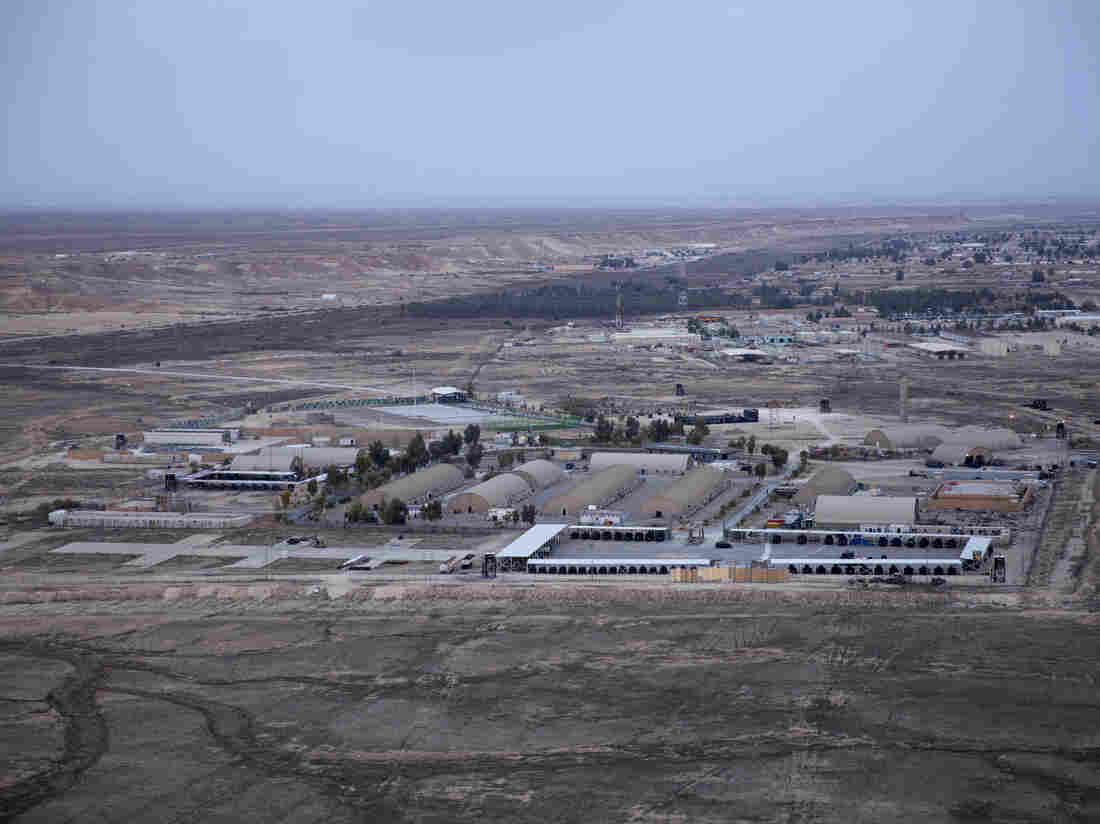 This aerial photo shows Ain al-Assad air base in the western Anbar desert, Iraq, in December 2019. 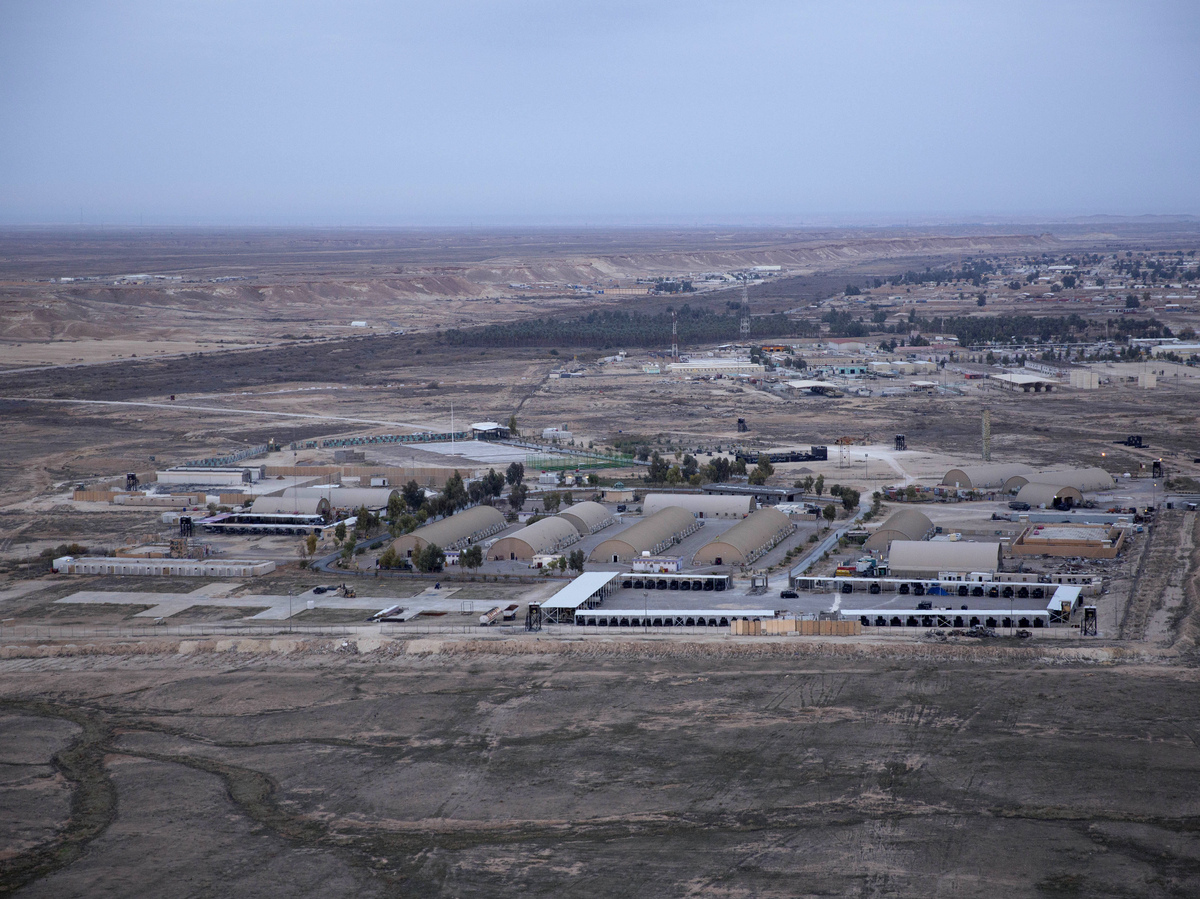 This aerial photo shows Ain al-Assad air base in the western Anbar desert, Iraq, in December 2019.

The strikes on military and coalition personnel at the Ain al-Assad air base in Anbar province and in Irbil — at the center of Iraq’s Kurdistan region — began at approximately 5:30 p.m. ET, according to a statement.

Iran’s Foreign Minister Mohammad Javad Zarif defended the strike, saying it was an act of “self-defense.”

“Iran took & concluded proportionate measures in self-defense under Article 51 of UN Charter targeting base from which cowardly armed attack against our citizens & senior officials were launched,” he wrote in a tweet.

The attacks come less than a week after a U.S. drone strike killed the top Iranian military commander, Qassem Soleimani, in Iraq.

Iran had vowed to avenge the killing, and Zarif suggested the Tuesday bombing may be the extent of Iran’s planned retribution.

“We do not seek escalation or war, but will defend ourselves against any aggression,” Zarif said.

President Trump projected an air of cheerful calm on Tuesday night, tweeting: “All is well! Missiles launched from Iran at two military bases located in Iraq.”

He said damage is being assessed but, “So far, so good! We have the most powerful and well equipped military anywhere in the world, by far! I will be making a statement tomorrow morning.”

All is well! Missiles launched from Iran at two military bases located in Iraq. Assessment of casualties & damages taking place now. So far, so good! We have the most powerful and well equipped military anywhere in the world, by far! I will be making a statement tomorrow morning.

In a statement, Pentagon spokesman Jonathan Hoffman said officials are working to assess the extent of the damage.

“In recent days and in response to Iranian threats and actions, the Department of Defense has taken all appropriate measures to safeguard our personnel and partners. These bases have been on high alert due to indications that the Iranian regime planned to attack our forces and interests in the region.

“As we evaluate the situation and our response, we will take all necessary measures to protect and defend U.S. personnel, partners, and allies in the region.”

There were no immediate reports of casualties.

White House press secretary Stephanie Grisham said Trump has been briefed on the situation and is monitoring it closely with his national security team.

Hours earlier, Esper had cautioned that the administration expected Iran would “retaliate in some way shape or form,” adding that it could come from proxy groups outside of Iran.

The Federal Aviation Administration has banned civilian flights over “Iraq, Iran, and the waters of the Persian Gulf and the Gulf of Oman.”

#FAA Statement: #NOTAMs issued outlining flight restrictions that prohibit U.S. civil aviation operators from operating in the airspace over Iraq, Iran, and the waters of the Persian Gulf and the Gulf of Oman. pic.twitter.com/kJEbpPddp3

Iranian media outlets, meanwhile, report that Iran’s Islamic Revolutionary Guard claimed responsibility for the attack, saying it was carried out in “hard revenge” for Soleimani.

“We are warning the US that if they take any further action, they will receive a harsher response,” it said in a statement, according to state-run ISNA.

The organization also called on Americans to “prevent more damage by asking for their soldiers to be sent back home.”

“They shouldn’t let the lives of the military personnel be exposed to more potential danger because of the acts of their government.”

Members of Congress, who have already expressed frustration with Trump for circumventing them before striking against Soleimani, are warning the U.S. cannot afford to start a war with Iran.

“We must ensure the safety of our service members, including ending needless provocations from the Administration and demanding that Iran cease its violence,” House Speaker Nancy Pelosi wrote in a tweet.

Pelosi was briefed on the Iranian attacks by Vice President Pence earlier in the evening, her staff said.

Closely monitoring the situation following bombings targeting U.S. troops in Iraq. We must ensure the safety of our servicemembers, including ending needless provocations from the Administration and demanding that Iran cease its violence. America & world cannot afford war.

Iran has used short-range ballistic missiles for attacks against ISIS, and also a deadly precision strike against Kurdish leaders in 2018.

All of Iran’s ballistic missile forces are under the control of the IRGC Aerospace Force, Fabian Hinz, an expert on Iranian military and missile systems at the James Martin Center for Nonproliferation Studies, told NPR.

Hinz added that the Tuesday airstrike is not symbolic, but a serious attack.

This is a developing story. Some things reported by the media will later turn out to be wrong. We will focus on reports from officials and other authorities, credible news outlets and reporters who are at the scene. We will update as the situation develops.