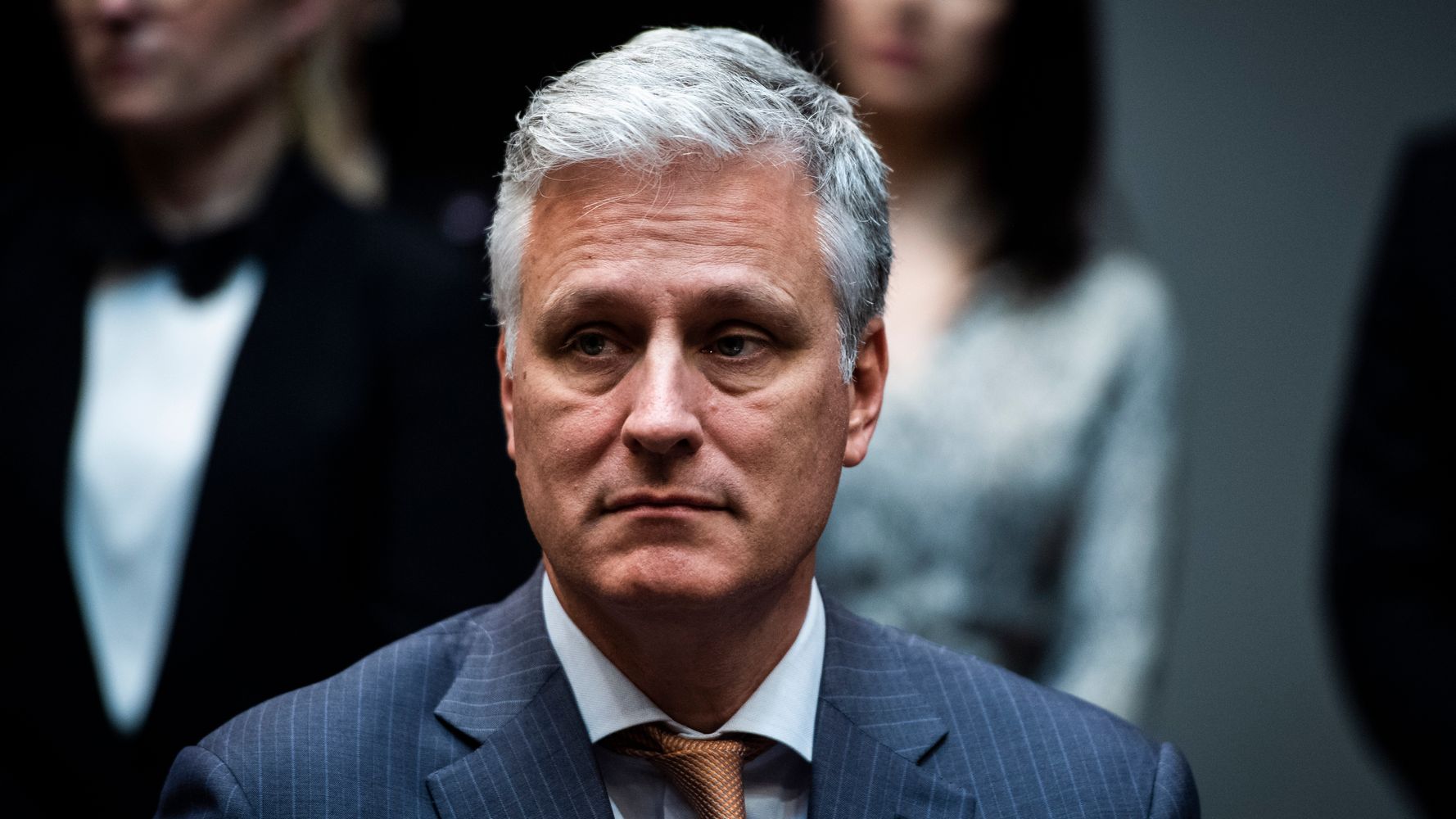 WASHINGTON (AP) — In a defining week for President Donald Trump on the world stage, national security adviser Robert O’Brien was a constant presence at the president’s side as the U.S. edged to the brink of war with Iran and back again.

The contrasts with O’Brien’s predecessor along the way — in secret consultations at Trump’s Mar-a-Lago resort in Florida, in the Oval Office and in basement deliberations in the White House Situation Room — could not have been more stark.

While former national security adviser John Bolton spent decades as a conservative iconoclast in the public arena, O’Brien is far from a household name. While Bolton had strong opinions he shared loudly in the Oval Office, O’Brien has worked to establish an amiable relationship with Trump. And while Bolton’s trademark mustache was a target of Trump’s mockery, the president is drawn to O’Brien’s low-key California vibe and style.

“Right out of central casting,” Trump says of O’Brien.

For all the differences between the two men, though, O’Brien ended up signing off on the same course of action that Bolton had long endorsed: a strike to take out Iran’s top general, Qassem Soleimani. The decision drew retaliatory missile strikes from Tehran.

The way that O’Brien steered the Trump White House through the process endeared himself to the president and widened his rapidly growing influence in the West Wing.

“He’s a deal guy and the president’s a deal guy,” said Jared Kushner, a senior White House adviser. “A lot of people inside the foreign policy establishment are good at explaining why things are wrong but are petrified to put things in play and take calculated risks.”

The Iran drama was set in motion when Trump summoned O’Brien from Los Angeles to the president’s lush Palm Beach spread, where Trump was spending a two-week winter holiday. While other top aides, including Secretary of State Michael Pompeo and acting chief of staff Mick Mulvaney, consulted with the president from afar, Trump wanted O’Brien at his side.

More than a half-dozen current and former administration officials and Republicans close to the White House contributed to this account. Many spoke on condition of anonymity to discuss private conversations.

Trump has long been known for tuning out old voices in favor of new ones, but O’Brien’s rise in the president’s inner circle has been rapid. The 53-year-old O’Brien, who has handled scores of complex international litigation, has a corner office on the first floor of the White House, a few steps from the Oval Office.

A sharp-dressing Republican lawyer who worked in the administrations of Presidents George W. Bush and Barack Obama, O’Brien was appointed by Trump in May 2018 to be the nation’s top hostage negotiator. He successfully worked for the release of several Americans, including pastor Andrew Brunson, who spent two years in a Turkish prison. O’Brien also traveled to Sweden to lobby for the release of rapper A$AP Rocky, imprisoned on an assault charge.

Bolton, Trump’s third national security adviser, fell out of favor with the president after a series of sharp disagreements, including over North Korea and Iran policies. He was forced out in September. Trump’s previous national security adviser, H.R. McMaster, never developed a personal rapport with the president, who tuned out on McMaster’s long-winded briefing style.

Bolton had frequently tussled with Pompeo and Defense Department officials and, at times, frustrated the president with his sharp clashes and bureaucratic knife-fighting.

O’Brien, in contrast, makes it a point to collaborate with the State Department and the Pentagon. People familiar with his work style describe an honest broker who is diplomatic but direct. He is known to present the views of Pompeo and top defense and intelligence officials to the president as he would brief a legal client.

Colleagues say he doesn’t try to push his own foreign policy ideas on the president and is more deferential to the views from other agencies than was Bolton. He has a plaque on his desk that says, “There is no limit to what a man can do or where he can go if he doesn’t mind who gets the credit.”’ It’s a replica of the one President Ronald Reagan kept on his desk in the Oval Office.

Administration officials, at least for now, point to a new camaraderie in the latest incarnation of Trump’s national security team: Pompeo and Defense Secretary Mark Esper were West Point classmates; Army Gen. Mark Milley, chairman of the Joint Chiefs of Staff, has grown close to Trump; and O’Brien, unlike Bolton, has not tried pull an end run around others in the decision-making process.

“I think he’s very comfortable with the idea of the job as a staff job, which I think is the model,” said former Sen. Jim Talent, a Missouri Republican who met O’Brien more than a decade ago when they were advising Mitt Romney’s 2008 presidential campaign. “Obviously when the president asks for his advice, he gives his personal opinion.”

Where Republicans see as collegial team, some Democratic critics worry that Trump is surrounding himself with advisers too eager to accede to his views.

“People like Mattis and McMaster, who disagree with the president because he’s so erratic, leave — leaving a bunch of `yes’ people, who seem to want to do whatever the president wants,” Schumer said recently on the Senate floor.

After the drone strike on Soleimani, there was a deliberate effort to give the Iranians some, but not too much, space, to react without committing the U.S. to a military response. Even as Trump delivered fire and brimstone warnings, the rest of his national security team gave indications that not every Iranian response would send American missiles flying. When Tehran’s rockets left no casualties in attacks on U.S. bases in Iraq, the crisis abated, at least for the moment.

While former advisers such as Mattis and McMaster, attempted to check some of the president’s impulses, O’Brien has been regarded as enabling some of Trump’s high-risk inclinations.

O’Brien’s style has been to offer pros and cons before ultimately agreeing with Trump’s decisions, including the moves to abruptly withdraw U.S. troops from Kurdish-held territory in Syria and the military raid that killed Islamic State leader Abu Bakr al-Baghdadi.

“Every time I talk to the president about him — and his name comes up a fair amount when the president and I are talking — the president just always speaks glowingly about him,” said the Utah senator. He added that O’Brien ” has a client. He doesn’t have his own agenda that he’s pursuing.”

Trump Called Out For His Hypocrisy Championing A Free Press —...