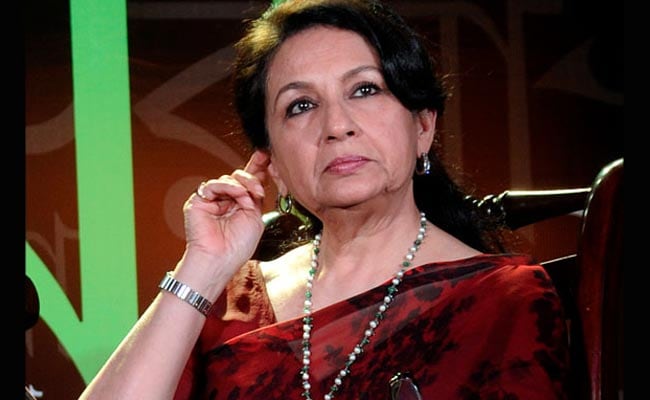 Sharmila Tagore, seven others write an open letter about the constitution. (File)

"Is the constitution a mere administrative manual that allows elected governments to assert the legitimacy of the abuse of power and allows citizens to turn freedom into a license without respecting the rights of others? Is it just another text inked or sacred ink text? " the blood of countless martyrs who have crossed the boundaries of caste, religion, region, ethnicity and language? "they asked in an open letter.

Her appeal came at a time when there were protests against the new Citizenship Act, which critics claim to discriminate based on religion and violate the constitution.

They stressed that peaceful reconciliation of conflicting interests, healthy public discourse and respect for divergent views are at the heart of democracy, and called on people to "verify truth and non-violence – the two values ​​that are dear to the heart of the father "The Nation is very important to us – keep us informed about our actions in public. "

Under the title "70 Years of the Indian Constitution – A Decisive Moment", the signatories of the letter stated that 70 years of constitutional work represented an "opportunity" to celebrate our successes and also to examine and remedy our shortcomings ".

"We appeal to all citizens to use this solemn opportunity to celebrate our success, to reflect on our current concerns, particularly our pluralistic, secular society, and to achieve the constitutional goals of Dr. Ambedkar and our ancestors, summarized in the preamble ," They said.

The open letter was published exactly one year after four senior Supreme Court judges, including Mr. Chelameswar, sparked a virtual revolt against the then Chief Justice and listed a litany of problems that they said would become the Supreme Court of the country could hit and destroy Indian democracy.

The unprecedented move at a joint press conference had stunned the judiciary and observers and made them uncertain how this overt disagreement would be resolved in the sanctified institution.

On Monday, the eminent personalities said that every generation "has a solemn duty to continually review and review the functioning of the constitution."

"The 70th anniversary of the Republic is a fitting moment to peacefully celebrate the birthday of Netaji Subhas Chandra Bose (January 23), the day the Election Commission was founded, which was celebrated as National Election Day (January 25), Republic Day celebrate and contemplate (January 26) and the martyrdom of the nation's father (January 30), "they said.

The Citizenship Act notified on January 10 grants Indian citizenship to non-Muslim migrants from Afghanistan, Pakistan and Bangladesh who came to India by December 31, 2014 if they were religiously persecuted in their country.

The government and the ruling Bharatiya Janata party have defended the law, declaring that the minority groups from the three countries have no choice but to come to India if they are persecuted there religiously.