Jyotirmoy Gupta, a 27-year-old photography student at Jamia Millia Islamia in Delhi, took pictures of his family due to the coronavirus pandemic lock. In a social experiment, he asked his family members to almost always wear an N95 mask, even in bed.

The project, Accept the mask, imagine a dystopian reality, was something he thought of as he slowed down and noticed the worldliness of everyday life: his father prayed, his mother cooked, his brother slept. The motive was simple: to try to conquer a post-coronavirus world in the home where fear had not disappeared even though the threat had disappeared. 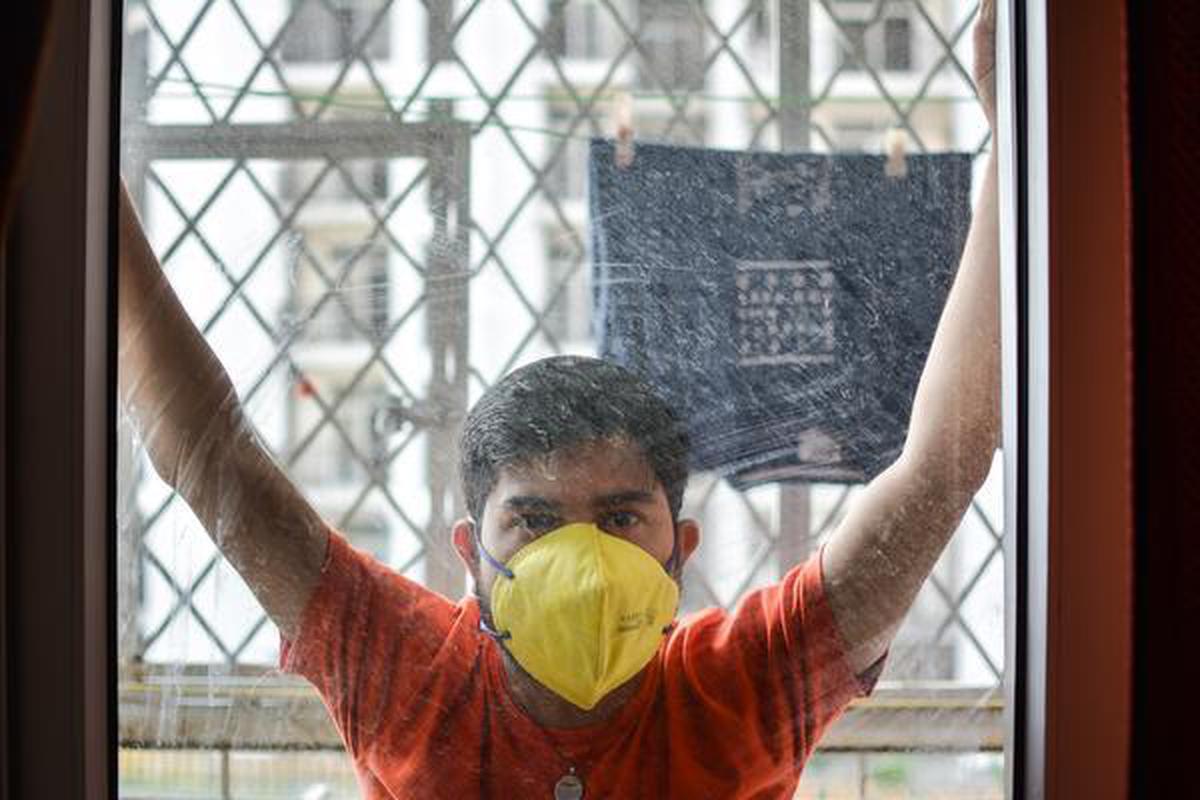 Gupta’s family was initially careful to be photographed with a yellow mask, but later became familiar with the idea. “I wanted to illustrate how society’s disease got to the one place we thought was the safest – our home,” he says.

Last January, when Gupta went on a hike to Annapurna Base Camp in Nepal, he found it strange that a fellow traveler from China was clicking on pictures of himself with a mask. What impressed him was the fact that the woman, in a place where nature was at its purest, had decided to filter the air.

“I asked her about it and she told me that it comes from the Chinese province of Xingtai, a place where pollution is among the highest in the world,” says Gupta. In her short conversation, she spoke to him about how she had become so used to wearing a mask that she now felt almost like part of her body. “She only takes it off while eating or sleeping and rarely gets out without wearing one.” The photographer’s mother in a picture titled mother

He started working on this idea last November when pollution in Delhi “literally deviated from the charts”. Gupta had never thought that a pandemic would close offices, empty streets, and push us into our homes for protection. He feels that once the lock is over, we become careful with every step, panic when we cough, wash our hands, and disinfect them at every opportunity.

He added layers to his work with the metaphor of the yellow mask – the color of the sun, used here as a reminder of the time when we found warmth together.

The captions come from the music of the 60s and 70s when the world questioned the status quo: Pink Floyd’s I wish you were here, welcome to the machine; The Beatles’ Love is all you need; Nirvanas Something in the way; the Eagles’ hotel California.

He is most influenced by the work of Japanese photographer Masahisa Fukase, especially the series The loneliness of the ravens where he represented loneliness through his photographs of ravens.

Gupta, who began taking photographs in 2015 after graduating from IIT Kharagpur, hopes to understand the depth of an underlying disease. He hopes to continue his project as soon as the lock is over, in his college canteen, his classroom and many other “safe” rooms.

Thierry Henry is waiting game with MLS in suspension due to...