Actor Vicky Kaushal has finally broken his silence over rumours of an affair with Bollywood scorcher Katrina Kaif. He insists there is no truth to all the unconfirmed stories that have been doing the rounds of the media over the past few months. “I don’t feel there is any scope of clarification. I have been very open about my personal life because I cannot lie,” Vicky is quoted saying, in a recent interview to an entertainment portal. “There is no story at all,” he added.

Katrina had reacted similarly a few months back, during an interview, according to filmbeat.com. “These rumours are part and parcel of our life. Now I have that maturity to understand all that matters is the work that you do. That’s what will make you sustain, that’s what the audience love you for or judge you on. All the rest just comes and goes as these are part of the job. We chose to come into the spotlight. There are a lot of people who hate to come into spotlight. But that is the nature of being an actor, you have to accept and make peace with public speculation. Some days it will be truthful, some days not truthful,” the actress had said. 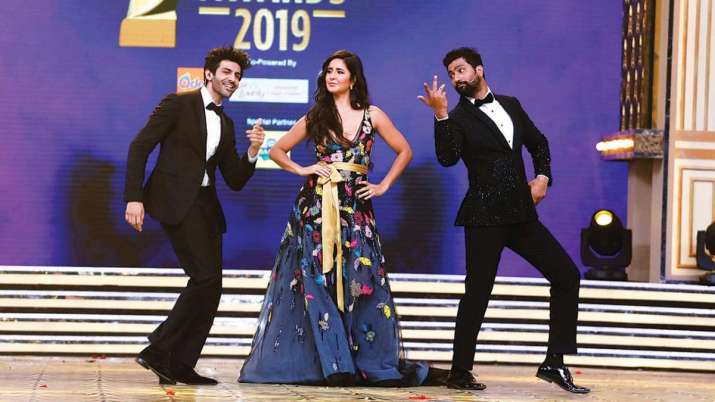 Rumours have lately been flying about the duo because they have been spotted together on several occasions including a few big-ticket parties and dos, besides public events.

On the work front, Vicky Kaushal will next be seen in Bhoot Part 1: the Haunted Ship. The film has been produced by Hiroo Yash Johar, Apoorva Mehta, Shashank Khaitan, and Karan, and has been directed by debutante director Bhanu Pratap Singh. It was earlier slated to release on November 15 last year but the dates were postponed to accommodate Ayushmann Khurrana’s Bala. The film will now release on the theatres on February 21. It will clash at the box office with Ayushmann’s Shubh Mangal Zyada Saavdhan.

Harrison Ford Has No Idea What a Force Ghost Is and...