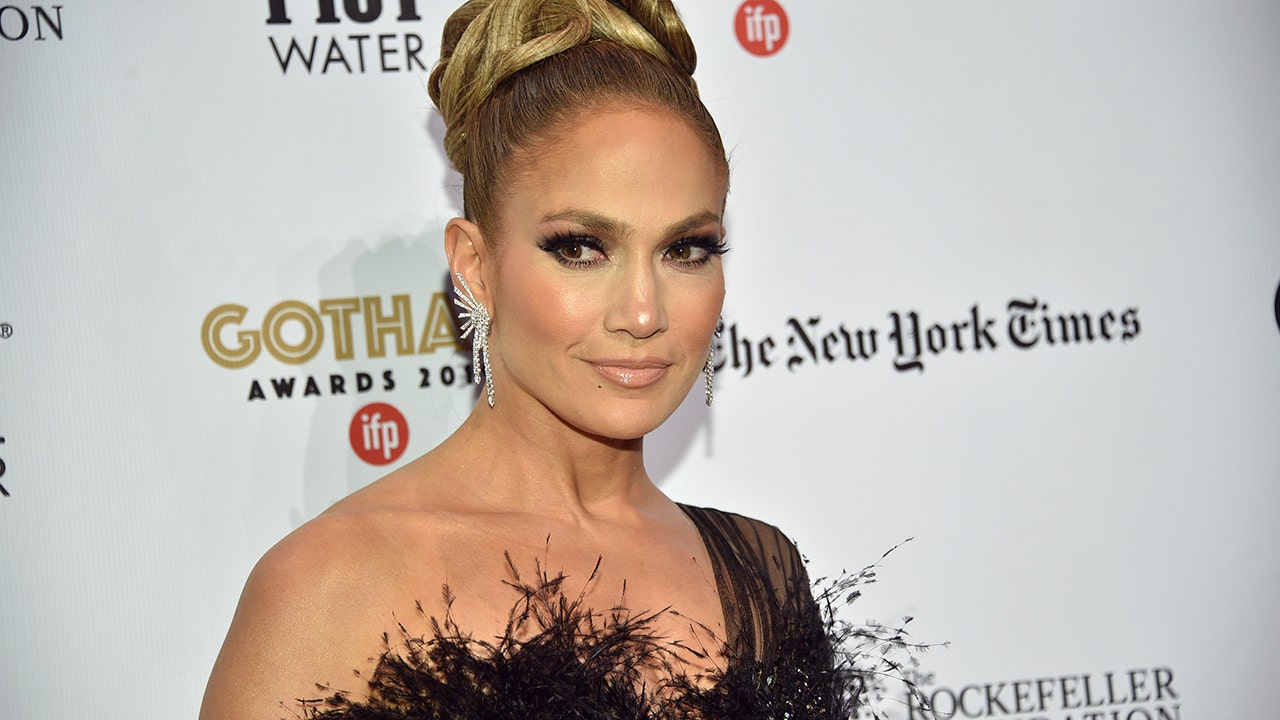 Nearly 20 years after wearing the iconic green Versace dress, Jennifer Lopez is reuniting with the fashion brand as the face of its 2020 campaign.

The singer, 50, made the announcement via Instagram on Saturday, sharing several photos of herself in the season’s new designs, including a pantsuit play on the iconic green dress.

“I am so excited I can finally reveal that I am the face of the #VersaceSS20 campaign!” she wrote in the caption. “Thank you to @Donatella_Versace and everyone at @Versace for your vision and collaboration.”

The first photo showcased the pantsuit with the green fauna print and the famous plunging neckline, paired with several pieces of gold jewelry and a white belt.

Other looks in the post included a little red dress with a fringed bottom and two black dresses, one showing some cleavage and the other showing off the “Hustlers” star’s abs.

The fashion house also took to Instagram to announce the collaboration, sharing a video of Lopez modeling the clothes.

“The new #VersaceSS20 advertising campaign features long-time friend of the House @jlo who surprised the audience and broke the internet closing the runway show in an iteration of the iconic Jungle print dress,” the caption read.

The post referenced Lopez’s September debut of a slightly altered version of the dress at the Versace spring 2020 runway show in Milan, Italy.

She again wowed audiences with the dress during her recent “Saturday Night Live” hosting gig, breaking it out to sing and dance during her monologue.

Taapsee Pannu feels her film choices are the gift of success

Juwanna Mann Star Gets Arrested for Stealing $200 Worth of Groceries