Close to Rs. 20 crores came on Sunday between the four releases in the running – Malang, Tanhaji – The Unsung Warrior, Shikara and Jawaani Jaaneman. Of course, Malang was the biggest of them all, though Shikara managed to make an impression as well. For Tanhaji – The Unsung Warrior it was yet another usual weekend with good jumps all over again whereas Jawaani Jaaneman hung on too. 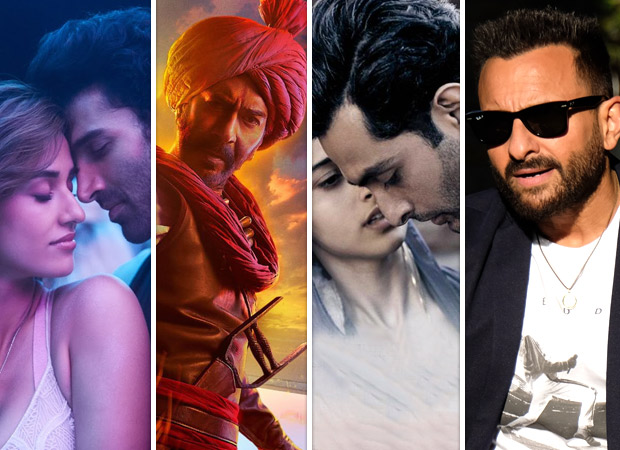 Malang has a better Sunday as it registered Rs. 9.76 crores. Before opening on Friday, not many would have pegged this as a film which would manage these sort of numbers on Saturday and Sunday. The total of this Mohit Suri directed film stands at Rs. 25.36 crores.

For Tanhaji – The Unsung Warrior, it was pretty much business as usual as it enjoyed yet another good Sunday with Rs. 3.46 crores in its kitty. From Rs. 1.15 crores that it had managed on Friday, this was quite some jump on Sunday and now the film has accumulated Rs. 266.88 crores already. If the film ends up collecting on the upwards of 1 crore today, it would be yet another solid hold.

Shikara too would be aiming to stay over Rs. 1 crore today as the weekend trend so far suggests fair enough hold. On Sunday, the film managed to bring in Rs. 1.90 crores. For a small film like this that came with hardly any expectations from commercial standpoint, this Vidhu Vinod Chopra directed affair has done well so far to reach Rs. 4.95 crores.

On the other hand, Jawaani Jaaneman could have actually done better given the merits of the film. It has reached Rs. 24.50 crores so far after Sunday collections emerged as Rs. 1.67 crores and that is allowing the film to clear some distance. However, had the weekdays during the first week shown stronger hold over the Rs. 2 crores mark on each of the days, the scenario would have been even better. Nonetheless, the fact also remains that this one is a better performing Saif Ali Khan solo starrer in a while and the actor could well be content with how there is a bit of a turnaround at least.

John Turturro is Back in Full Force in The Jesus Rolls...