It isn’t every week when there are 4-5 notable films running in theatres together. However, it is indeed turning out to be the case first now, what with new releases Malang and Shikara arriving together, Jawaani Jaaneman continuing from the week before and Tanhaji – The Unsung Warrior extending its superb run. 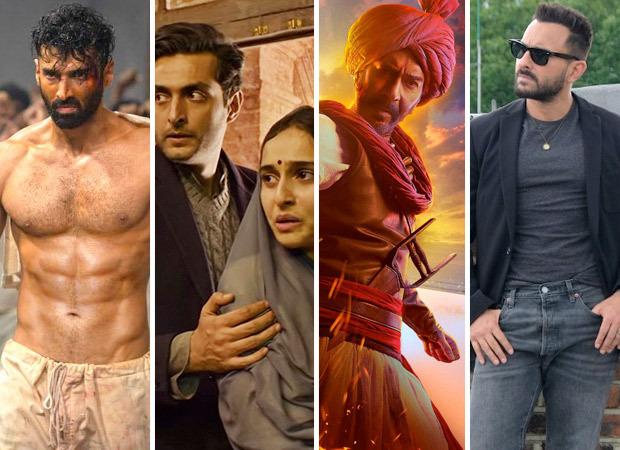 That said, the sum total collections of these four films has just about managed to cross the 10 crores mark. Though these films are occupying a large number of screens currently, the footfalls aren’t optimal.

Still, Malang was the biggest accumulator amongst all as it brought in Rs. 6.71 crores. Considering the fact that the prediction was for Rs. 4-5 crores range; this is a far better outcome. Moreover, Aditya Roy Kapur hasn’t been having a great time at the box office and this one has at least managed to take a reasonable opening. From here on, the film could well manage to consolidate itself though trend today would decide if director Mohit Suri would have something to cheer about in days to come.

On the other hand, director Vidhu Vinod Chopra has made a film after a hiatus and his Shikara has collected Rs. 1 crore. This is again a better than expected number since not many were pitching anything more than a Rs. 50 lakhs opening for the film. A start like this is again fair enough and the reports suggest that a jump would be on the cards.

Meanwhile, Tanhaji – The Unsung Warrior is just not stopping as it brought in Rs. 1.15 crores on its fifth Friday. The film is still collecting on the upper side of the Rs. 1 crore mark and that is truly remarkable. Currently standing at Rs. 260.67 crores, the film is continuing to eye an eventual lifetime of Rs. 275 crores. For that though, a lot would depend on the jump today and tomorrow.

Dwayne Johnson confirms Hobbs & Shaw 2 is in development with...