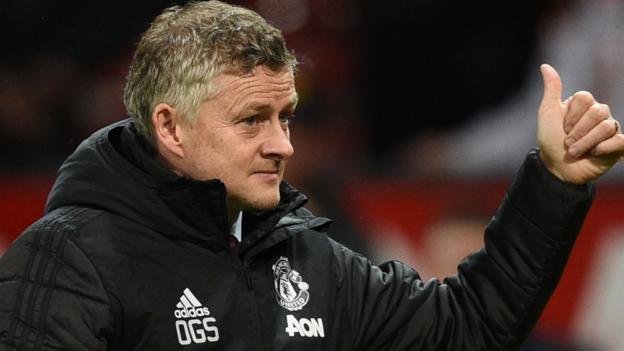 The protests took place in United's 4-0 win over Norwich on Saturday.

"I'm not sure if the players understood it. I noticed it, yes," said United coach Solskjaer.

The mood spread to other parts of the stadium in the second half, and some fans who got out full time directed their anger at Woodward.

"As an association, we have to stick together and be united," added Solskjaer.

"We are a family and I can only say from my time here that I was supported by the owners and Ed. They support me, so we have to stick together."

The fans waited until 3-0 in the 54th minute before expressing their disappointment with the club's hierarchy. It was not the first time this season.

The duel against Norwich was United's first win in four games after Arsenal showed a goalless draw with the Wolves in the FA Cup in the last league game and defeated the first leg in the Carabao Cup semi-final at home by rivals Manchester City.

Solskjær's own position is constantly being questioned due to inconsistent performances, but the Norwegian pointed out: "We are still in the Carabao Cup, the FA Cup, we are fifth in the league, we have improved our position compared to last season, and we have the Europa League.

"So the fans have to believe me when I say that we do a lot of good behind the scenes, that we are going in the right direction.

"You have seen the attitude, the effort and the speed of work that are at the core of the group that will move forward."

Tiger Woods, captain of the Presidents Cup, strengthens the US team