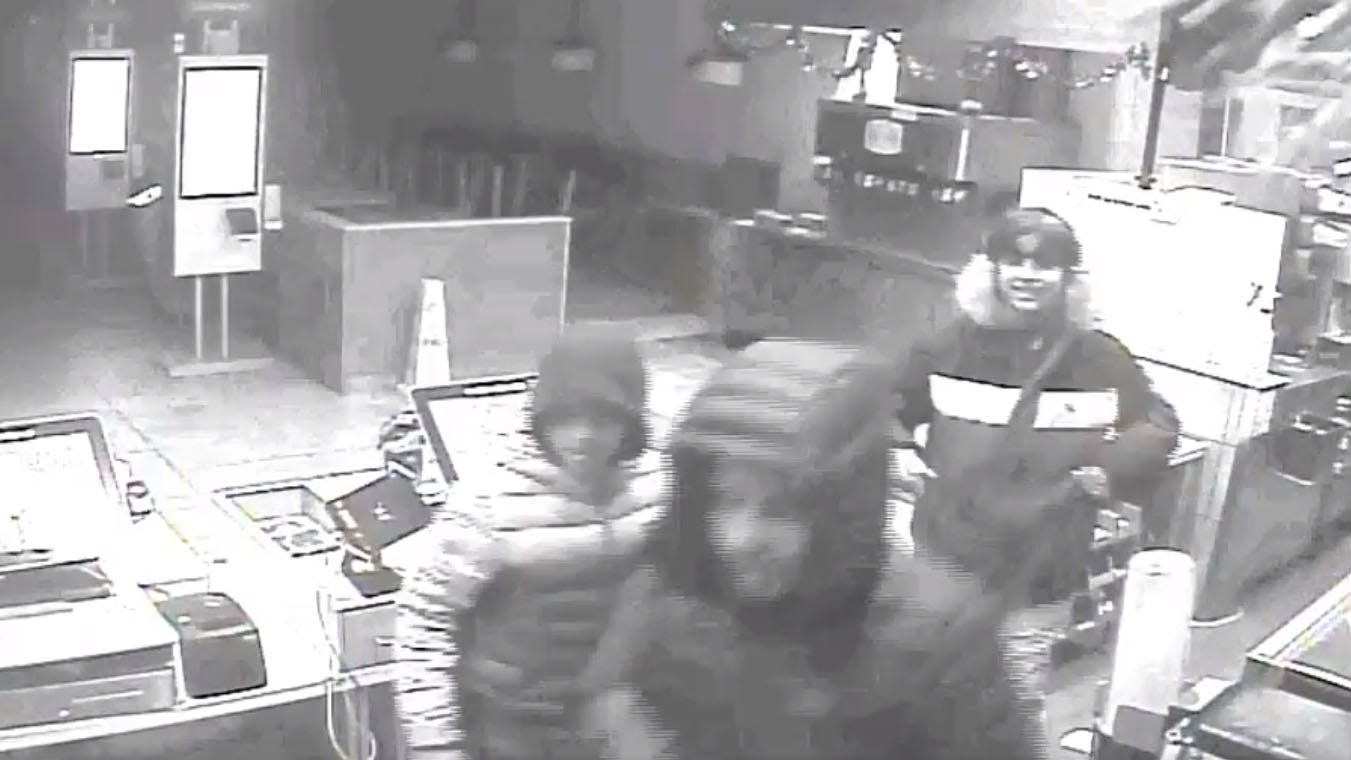 The police in New York are looking for some serious sugar demons.

Security cameras recently captured several young-looking suspects entering a McDonald's in Brooklyn while it was closed. According to reports, unidentified suspects stole a variety of sugary drinks, including soft drinks, milkshakes and chocolate milks, along with some parfaits.

Images of the Christmas day incident were revealed Wednesday, reports the New York Post. The suspects reportedly entered the restaurant through an open door. After unsuccessfully trying to open a record, they turned to drinks.

The 78th New York Police Precinct posted the security video in its Twitter account, where they captioned it, "The New York City Police Department is asking for public assistance to identify the people represented in the attached surveillance video who are wanted to be interrogated in connection with a robbery within the boundaries of the 78th Enclosure. "

This is not the only incident at a McDonald's that recently left the police looking for suspects.

A McDonald's teenage worker in Greenfield, Wisconsin, reportedly quit her job after a client hit her in the face. According to her, the assailant was angry to wait too long for his food.

The 17-year-old employee, named Serena, exchanged heated words with the client before the assault occurred, reports KWTX. However, he told the store that he did not expect the woman to come behind the counter and beat her.

According to reports, the client was upset because the restaurant took too long to cook his bacon.

"She grabbed my daughter and hit her on the face, the back of the head, and then hit her against the floor," Serena's mother told the store. "I'm angry."

"I was scared because it happened so fast," said Serena, who has epilepsy.

His mother told KWTX that he believes the attack could have caused a seizure.

After the incident, Serena quit her job. The authorities try to identify the aggressor.

5 ways to take a turtleneck from basic to bombshell

The 100th anniversary of Prohibition: A closer look at how it happened, and why it ended