Motorola positioned all the buttons on the right, and we found the volume buttons a little too high for our taste. The on / off switch has a slightly different surface, which makes it easier to differentiate. The hybrid dual SIM compartment is located on the left side of the device. The Motorola One Macro has a 3.5mm headphone jack and a secondary microphone at the top, while the primary microphone, USB Type-C port, and speaker are at the bottom. 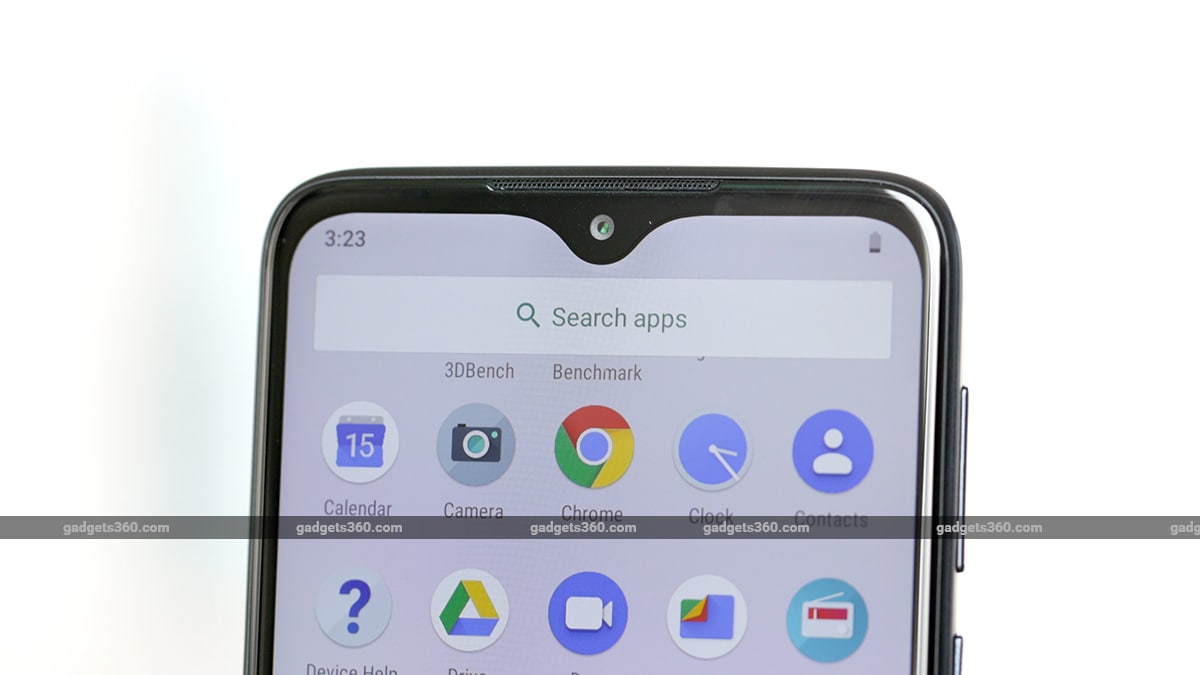 The One Macro has a dewdrop notch in the front

Turn the device over and you will see three cameras. The one placed on the top alone is the macro sensor and is classified as the USP of this device. The other camera sensors are arranged in a strip together with a laser autofocus emitter. All of them protrude slightly and have metal edges to prevent scratches on the lenses.

There is also a fingerprint scanner attached to the back that is well positioned. The legendary Motorola Batwing logo is also on this scanner. The back of the Motorola One Macro is made of glossy plastic and attracts attention, just as it attracts fingerprints. You have to wipe the back again and again to avoid soiling. Motorola offers a clear case in the box that we used to address this issue.

We noticed that the Motorola One Macro felt a bit more voluminous in hand than its competitor, the Samsung Galaxy M30s (test), because the sides weren't that curved. This is a bit surprising considering that both phones are the same thickness. Motorola supplies a 10 W charger in the box.

Motorola One Macro specifications and software

Motorola chose an HD + display for the One Macro, which is a bit of a concern as most smartphones offer Full HD + resolutions at this price. Due to its size, this panel offers 270ppi, which is not ideal.

The company selected the MediaTek Helio P70 SoC for the Motorola One Macro. This is an octa-core processor with four ARM Cortex-A73 cores and four Cortex-A53 cores. A Mali G72 GPU with 900 MHz is integrated for the graphics. 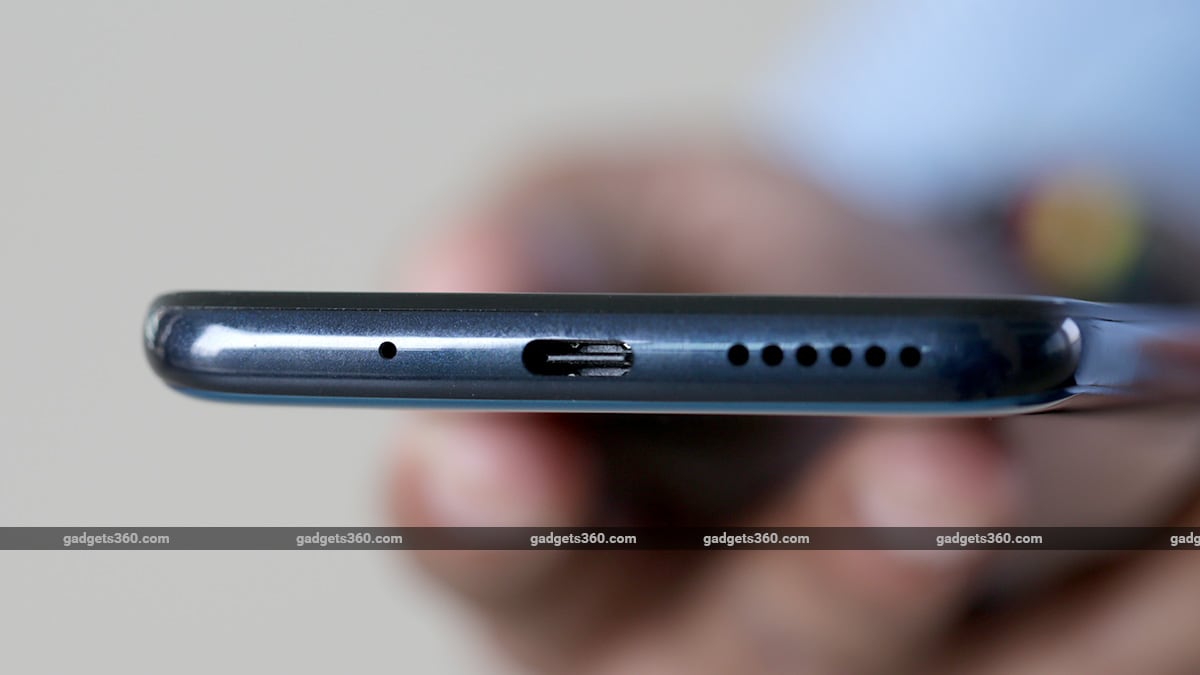 The One Macro has 4 GB of RAM and 64 GB of storage that can be expanded via the hybrid SIM slot. Motorola only offers the One Macro in Space Blue and has it in India at Rs. 9,999. The smartphone has a 4,000 mAh battery, which corresponds to what the competition currently offers. It's also IPX2 certified, which means it's water-repellent to a certain extent. However, do not expect it to survive immersion in liquids. Dual 4G VoLTE, Bluetooth 4.2, Wi-Fi 802.11 n and six navigation systems are supported.

When it comes to software, Android 9 Pie runs on the smartphone as standard along with the September security patch. Surprisingly, the Motorola One Macro is not part of the Android One program. Although Motorola has made no public announcement, the company announced Gadgets 360 that this device is an important operating system update, i. H. Android 10, and two years of security updates will be received. This is not as good as Android One phones, which come with a two-year warranty on software updates and a three-year warranty on security updates. 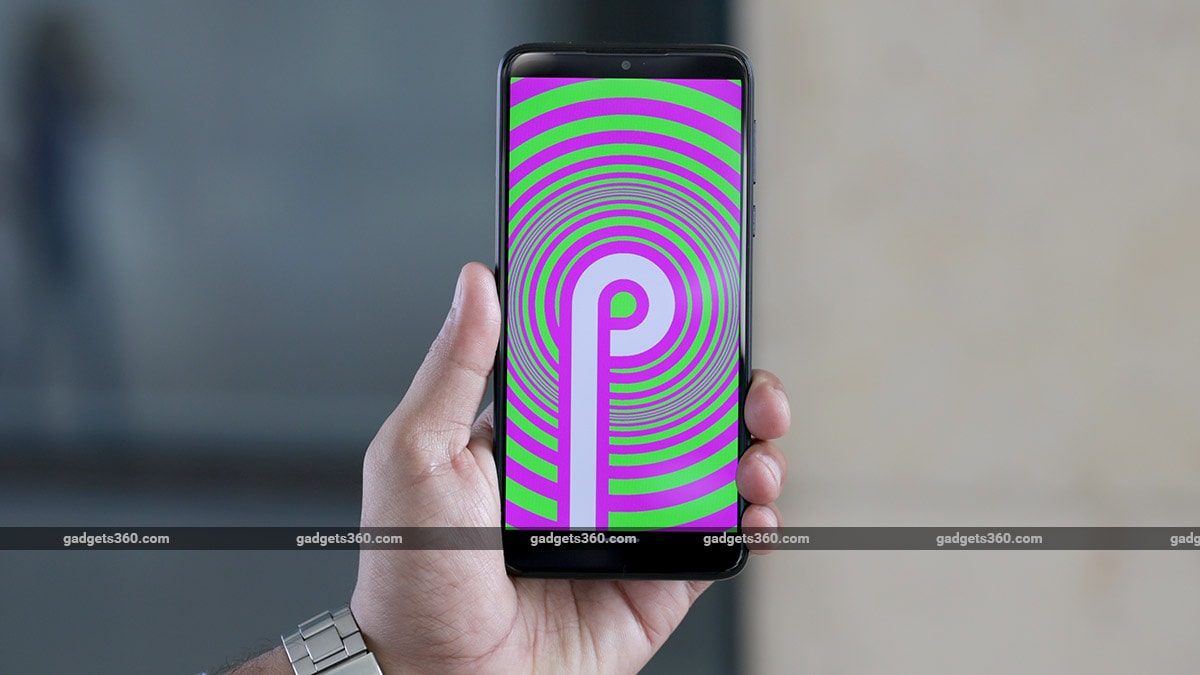 The user interface is pretty much Android with a custom icon pack. You'll get an app drawer, and swiping straight from the home screen takes you straight to the Google Assistant. We were happy to see that there were only a handful of pre-installed Google apps, along with the Moto and Device Help apps on the device.

Motorola has added a few adjustments to the device, including the Moto Actions trademark, which, among other things, allows you to quickly start the camera app with a double twist of the wrist or switch on the flashlight with a double movement. There are also some new promotions such as B. Swipe to zoom out, which shrinks the display area on the screen so that all corners can be reached more easily.

Gesture navigation has also been optimized by Motorola, and you have navigation gestures in Android 10 style. There is a single pill-shaped button on the screen that you can swipe to perform various functions. We found this to be very well implemented and had no problems navigating or multitasking. Android Pie offers digital wellbeing and an integrated child lock.

We previously tested the MediaTek Helio P70 in Realme 3 (test), which had similar specifications to the Motorola One Macro. Thanks to 4 GB RAM on this device, we noticed no delay or triggering and it was easy to multitask between several apps. The fingerprint scanner quickly unlocks the smartphone. We also set up the face unlock feature and found that it works quickly too.

The Motorola One Macro's display offers good viewing angles and is visible outdoors. Since this phone does not have a 21: 9 aspect ratio, such as B. One Vision and One Action, no apps were displayed with black bars. 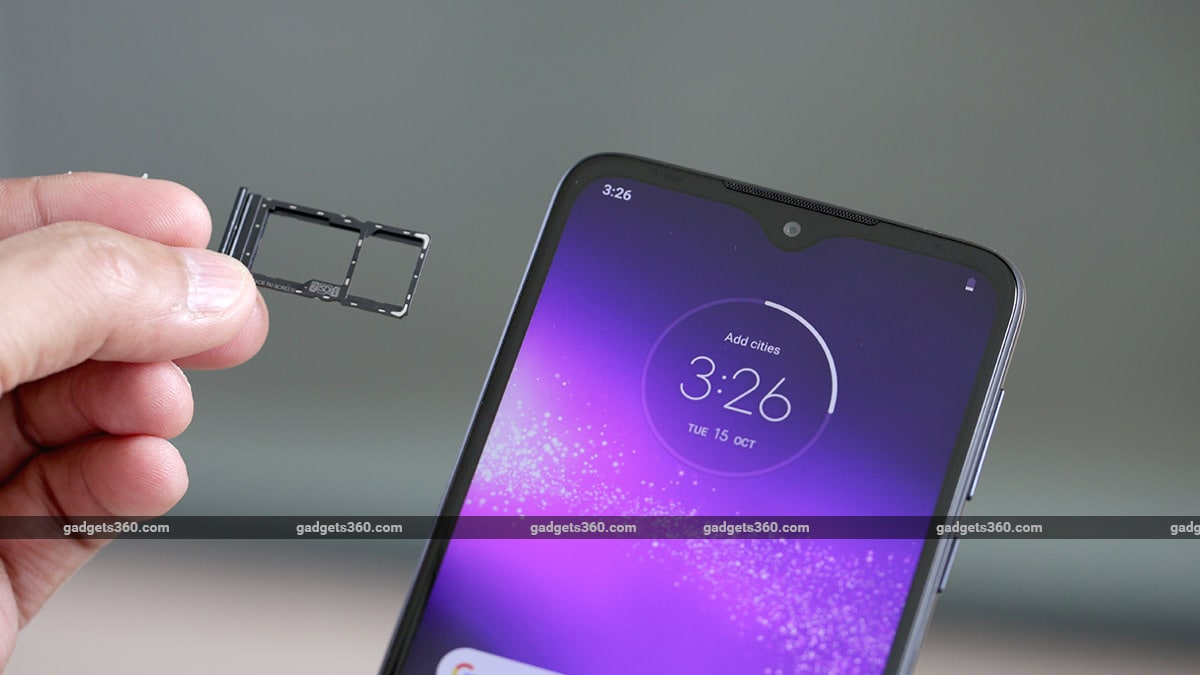 We ran our standard benchmarks to see how this smartphone performed against the competition. In AnTuTu, the Motorola One Macro with 1.37.062 was slightly below the value of the Xiaomi Mi A3 (review) with a Qualcomm Snapdragon 665 SoC of 1.41.132. The One Macro scored 6,052 points in PCMark Work 2.0. GFXBench's T-Rex and Car Chase tests measured 55 and 17 frames per second. The graphics values ​​are better than the Mi A3.

We played PUBG Mobile on the Motorola One Macro and the default was "Medium" with the graphics set to "Balanced" and the frame rate set to "Medium". We didn't notice any problems when playing with these settings. We noticed a four percent battery drain after playing for 15 minutes and the phone barely warmed up. The One Macro is also able to run the game at a higher frame rate, but then we felt some heat on the back.

The Motorola One Macro's 4,000 mAh battery offers good battery life. In our HD video loop test, the smartphone lasted 17 hours and 30 minutes. With our use, which consisted of an active WhatsApp account, the use of Google Maps for navigation for more than an hour and playing PUBG Mobile, the smartphone took a day and a half with a full charge. If the battery is empty, the included charger can bring it to 28 percent in 30 minutes and 51 percent in an hour. It takes a little over two hours to fully charge the device.

The camera app is clear and offers photo and video mode as well as a slot for a recently used camera mode. Swiping to the right of the viewfinder will reveal all of the other shooting modes available on the smartphone. In addition to portrait, panorama, slow motion and time lapse, there are some unusual options: detail, solid color, paragraph and macro.

We found these modes very interesting. With spot color, you can choose a color and that color is only preserved in the final output. Cutout mode only works when taking people and gives you a cutout of the person that you can place on a different background. With Cineagraph, you can capture motion and choose which areas of the frame to animate while the rest is still. The output can be saved as a GIF or MP4 file. Macro mode activates the corresponding sensor and is best suited for close-ups. 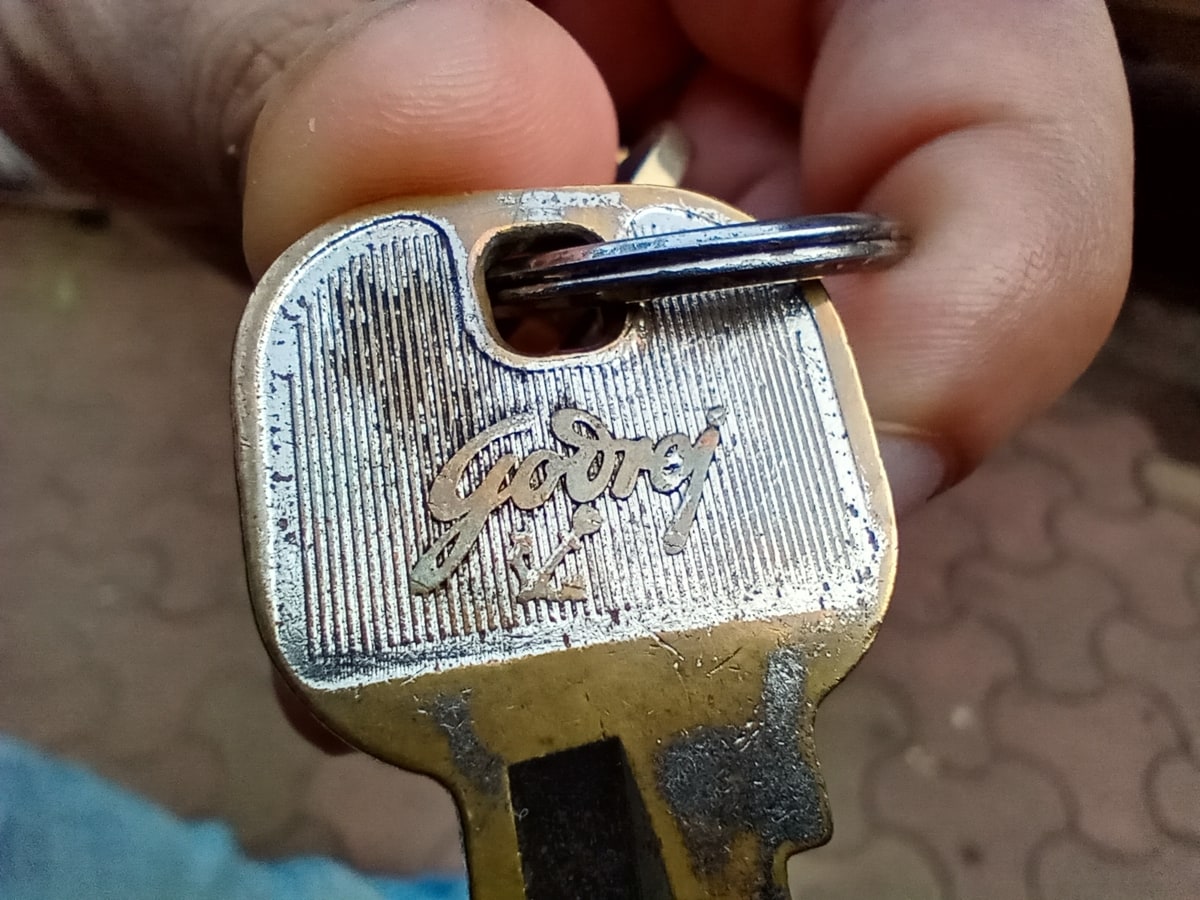 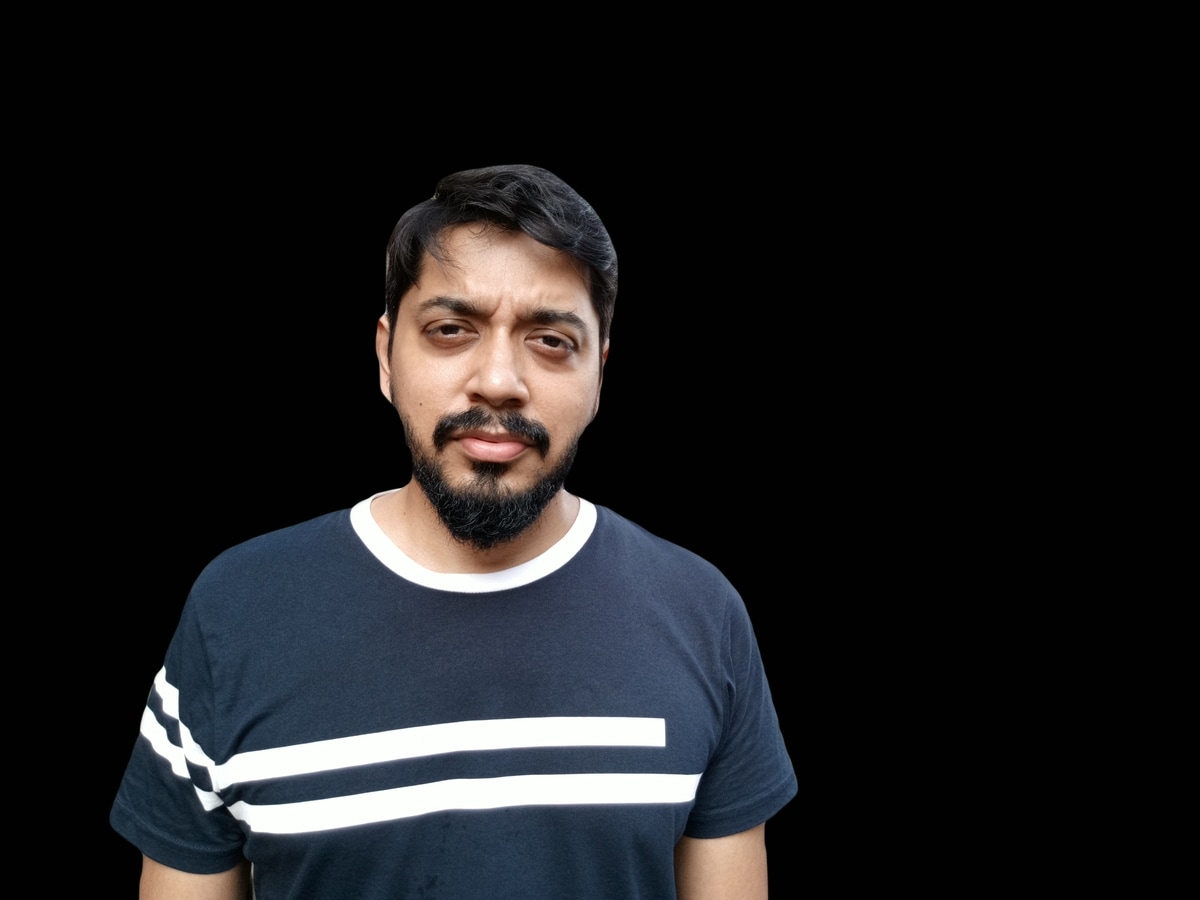 Photos taken with the Motorola One Macro looked average, and distant objects showed no details when zoomed in on a larger screen. The smartphone was able to focus quickly in daylight and automatically activated HDR, which made it easy to manage bright scenes. The close-ups we took were also sharp enough. Overall, however, we've seen better performance from other phones at this price level.

The camera's user interface suggested switching to the macro camera when we got too close to a subject. The macro camera only takes 2 megapixel shots, but you can get very close to the subject you are shooting. We found this handy when trying to photograph tiny objects. Macro photos had more details than the primary sensor could capture. However, we observed that the sensor sometimes looked for focus and we needed a steady hand.

With the Motorola One Macro, you can adjust the level of blur before taking a portrait picture and get a decent margin. The details are acceptable for the price. 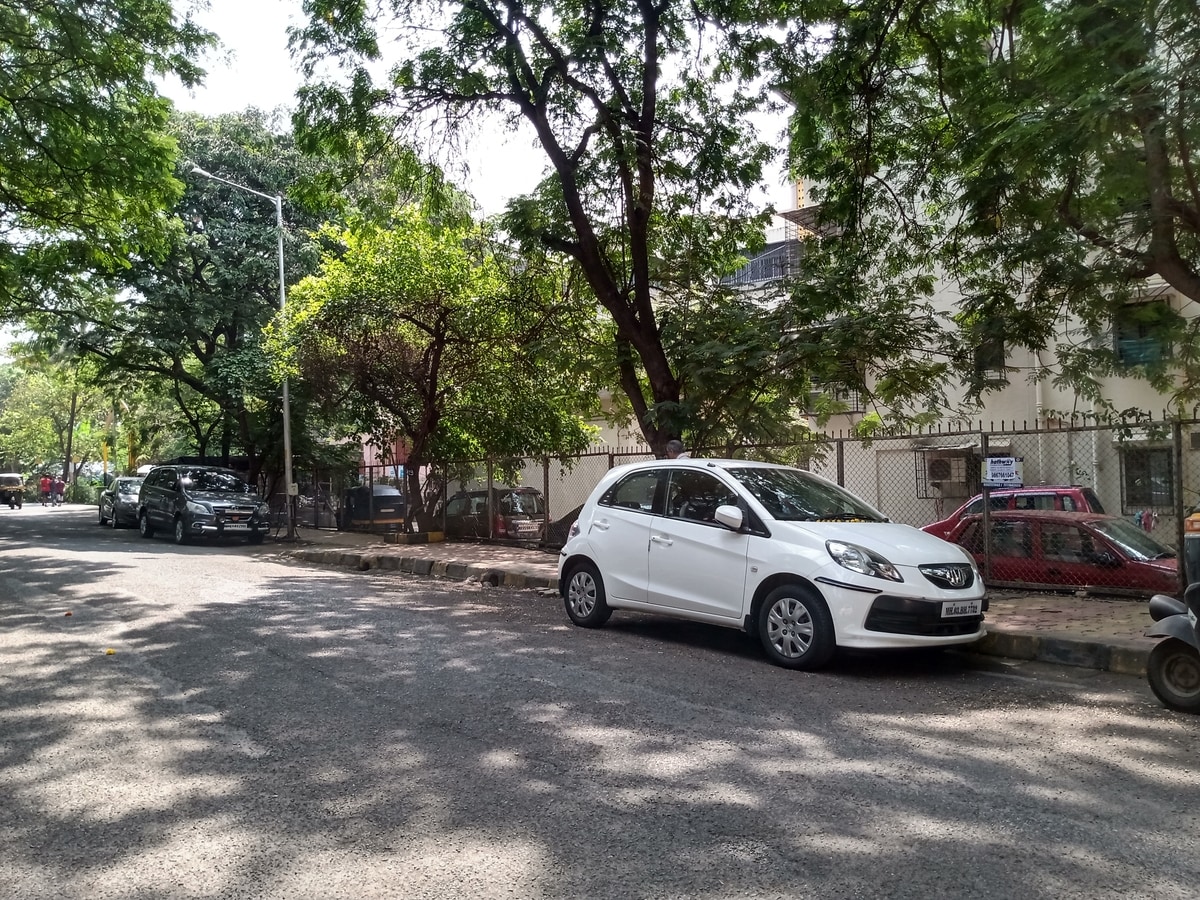 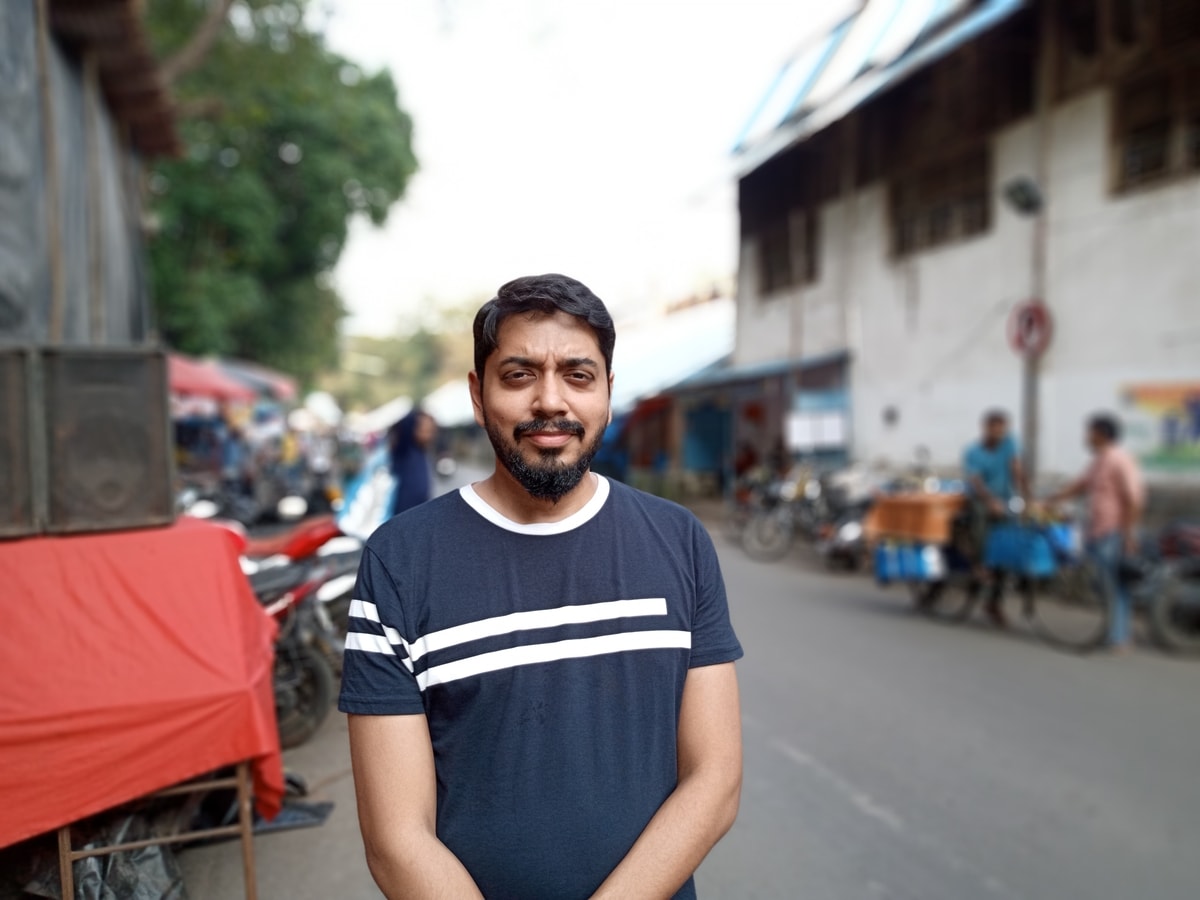 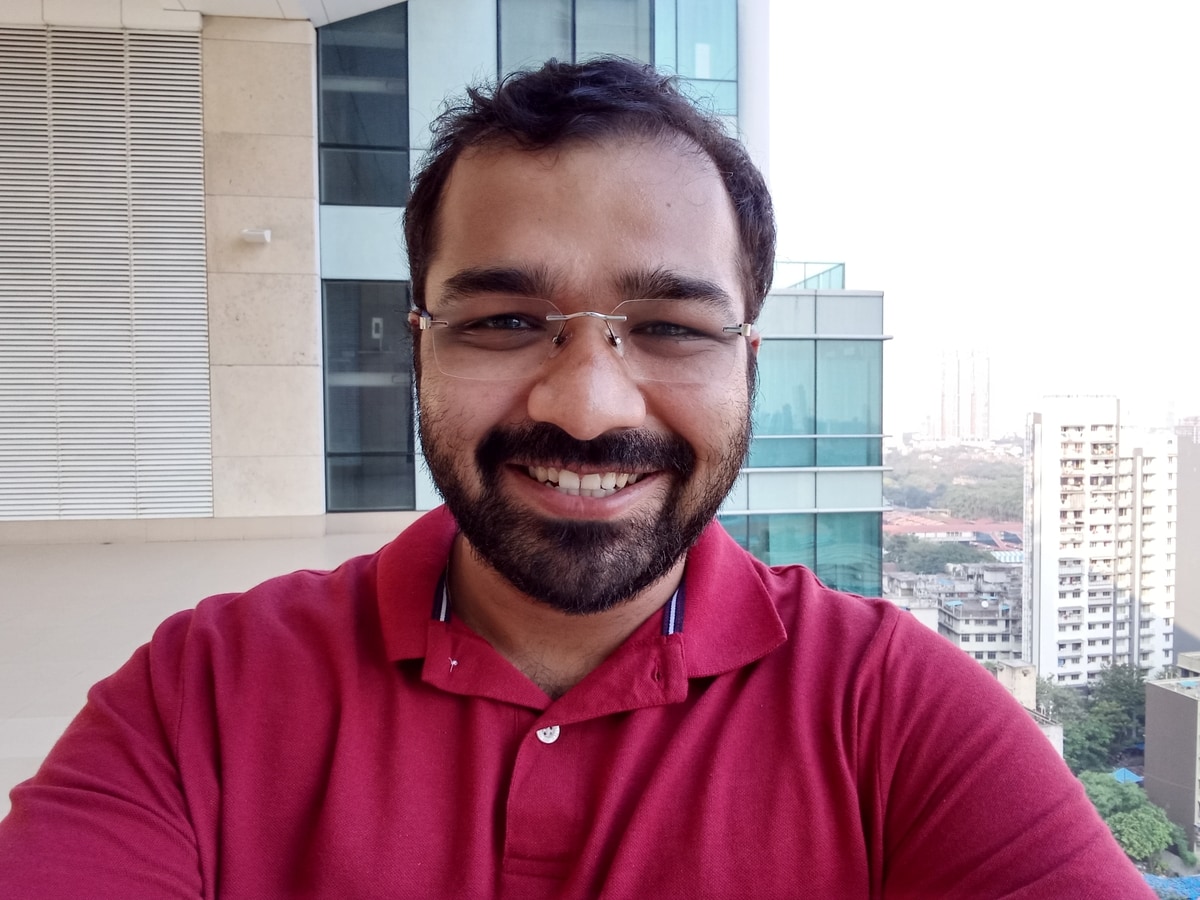 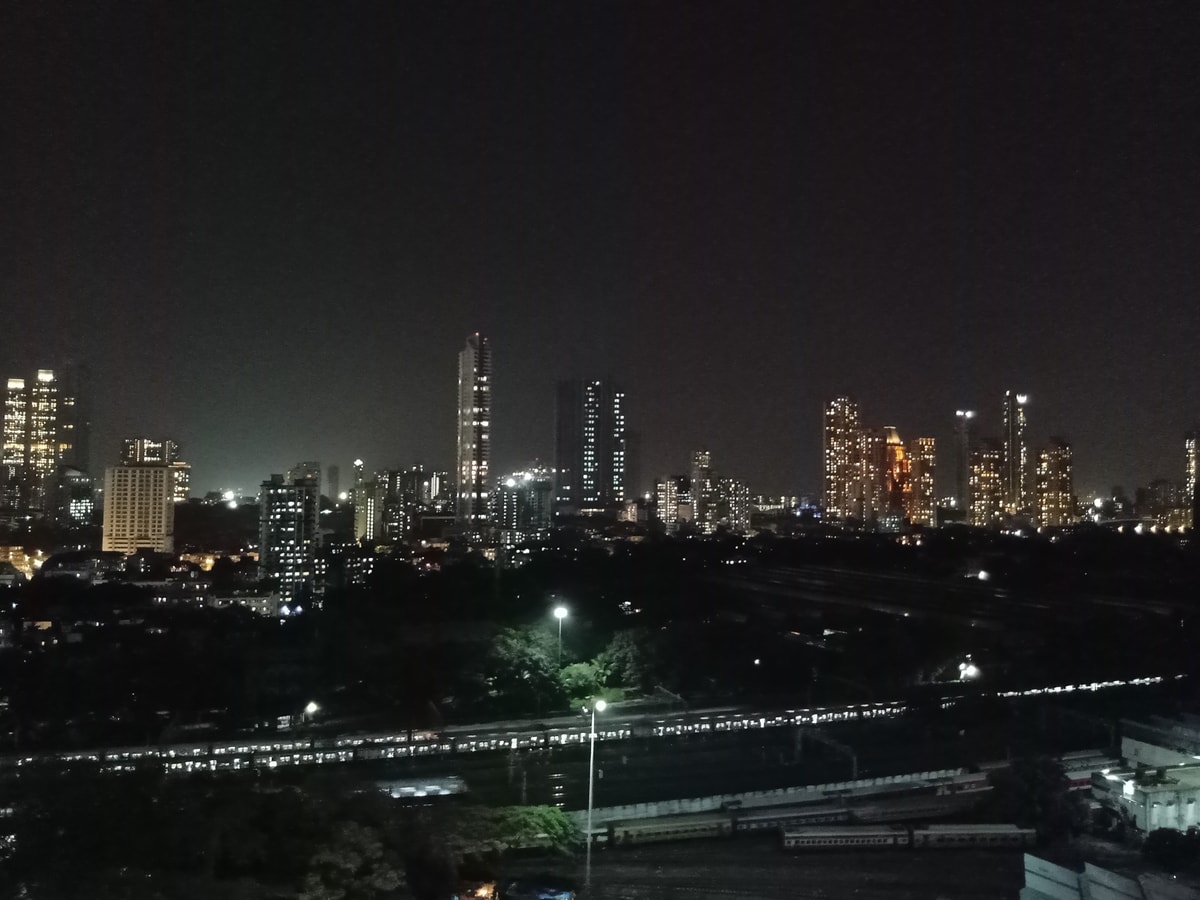 The camera performance in poor lighting conditions was below average and the phone took a little too long for each shot. Landscapes were not sharp and had a remarkable amount of grain. However, under most conditions, the smartphone managed to keep the noise under control.

Selfies are good enough to surf social media, but we've found that the Motorola One Macro tends to overexpose outdoor backgrounds. Selfies taken in low light showed average details. We found again that this phone's camera performance was weaker than in this segment.

For both the primary and selfie cameras, the maximum video recording is 1080p. The footage taken during the day was stabilized, but a visible shimmer was seen at night. The smartphone can also record videos with the macro camera.

Motorola called this smartphone "A Macro" to highlight the macro camera on it. So let's go into that first. You can take good close-ups with the macro camera, but we believe the novelty will wear off soon. Fortunately, you still have a smartphone with clean Android, a powerful Mediatek Helio P70 SoC and lots of RAM and memory.

We would have liked the One Macro to be part of Google's Android One program as it guarantees better software and security updates. The performance of the camera in low light could also be improved. Otherwise, the Motorola One Macro didn't give us much to complain about.

Keep in mind that the Realme 5 (Review) is a very strong competitor that also has a macro and wide-angle camera at a lower price than the One Macro. You can also opt for the Xiaomi Redmi Note 7S (Review) because it offers a Full HD + display at the same price. However, as part of the recent festival sales, we have already seen that this phone is sold online for Rs. 8,999, which improves the price-performance ratio somewhat. So keep an eye out for promotions.

The zebra collects $ 38.5 million as the race continues in...