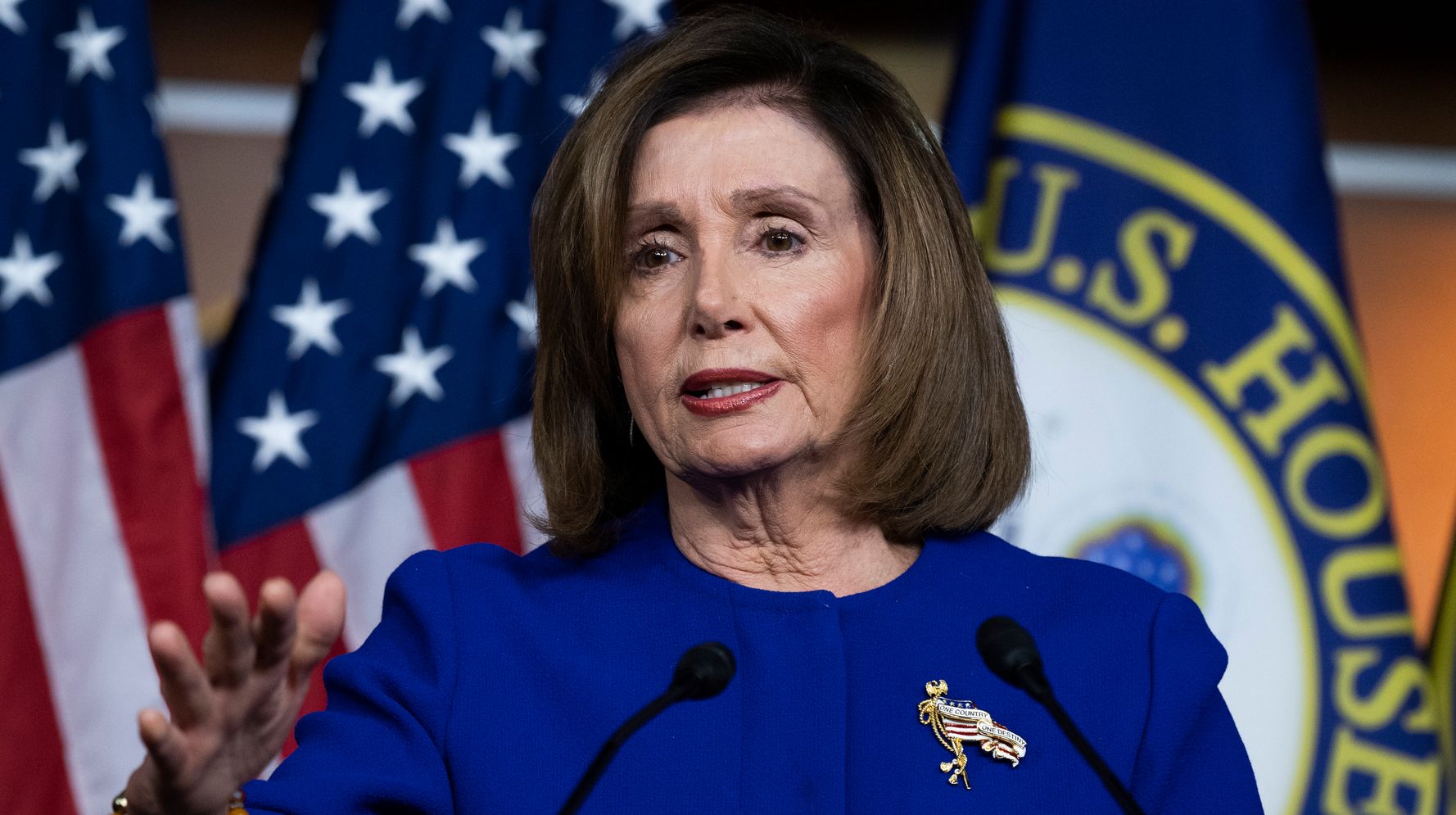 Speaking with host George Stephanopoulos on ABC’s “This Week,” the California Democrat criticized Senate Majority Leader Mitch McConnell (R-Ky.) and others for their attempts to hold a trial without witnesses and even forgo an impeachment trial altogether.

“Very unusually, the leader of the Senate, Mitch McConnell, has signed on to a resolution to dismiss the case,” Pelosi said.

On Thursday, McConnell backed a resolution that would allow the Senate to dismiss articles of impeachment against Trump if they are not delivered from the House within 25 days.

“Dismissing is a cover-up,” Pelosi added. “The senators who are thinking now about voting for witnesses or not, they will have to be accountable for not having a fair trial.”

JUST IN: Speaker Nancy Pelosi tells @GStephanopoulos that “very unusually” Senate Majority Leader Mitch McConnell “has signed on to a resolution to dismiss the case” against President Trump.

The two impeachment articles, centered on Trump’s dealings with the president of Ukraine and subsequent actions, charge Trump with abusing the power of his office to further his political ambitions and blocking congressional investigations.

Pelosi has delayed sending the impeachment articles to the Senate, saying she wants to receive assurances about the rules governing the ensuing trial. She sought a guarantee that witnesses will be allowed to testify and that the rules of the trial will be made public before it starts.

But on Friday, Pelosi announced she will move to send the articles to the Senate next week, despite not receiving those assurances.

For weeks, the speaker has grown increasingly vocal about McConnell’s protection of Trump from investigations of presidential misconduct, and on Sunday, she mused about his motivation for doing so in the past and present. Asked about a recent report that Russia may intend to meddle on Trump’s behalf again in the 2020 election, Pelosi wondered aloud why McConnell rejected previous efforts to protect U.S. election systems.

“Sometimes I wonder about Mitch McConnell too ― why is he an accomplice to all of that?” she said on Sunday.

Watch the full exchange below.

NEW: “No, and the president is in complete denial about Russia’s role,” Pelosi tells @GStephanopoulos when asked if the U.S. is doing enough to stop 2020 meddling.

“Sometimes I wonder about Mitch McConnell, too…why is he an accomplice to all of that?” https://t.co/G6Ef3GUsED pic.twitter.com/Id9VTzmY9f

Appeals court allows use of $3.6 billion in military funds for...