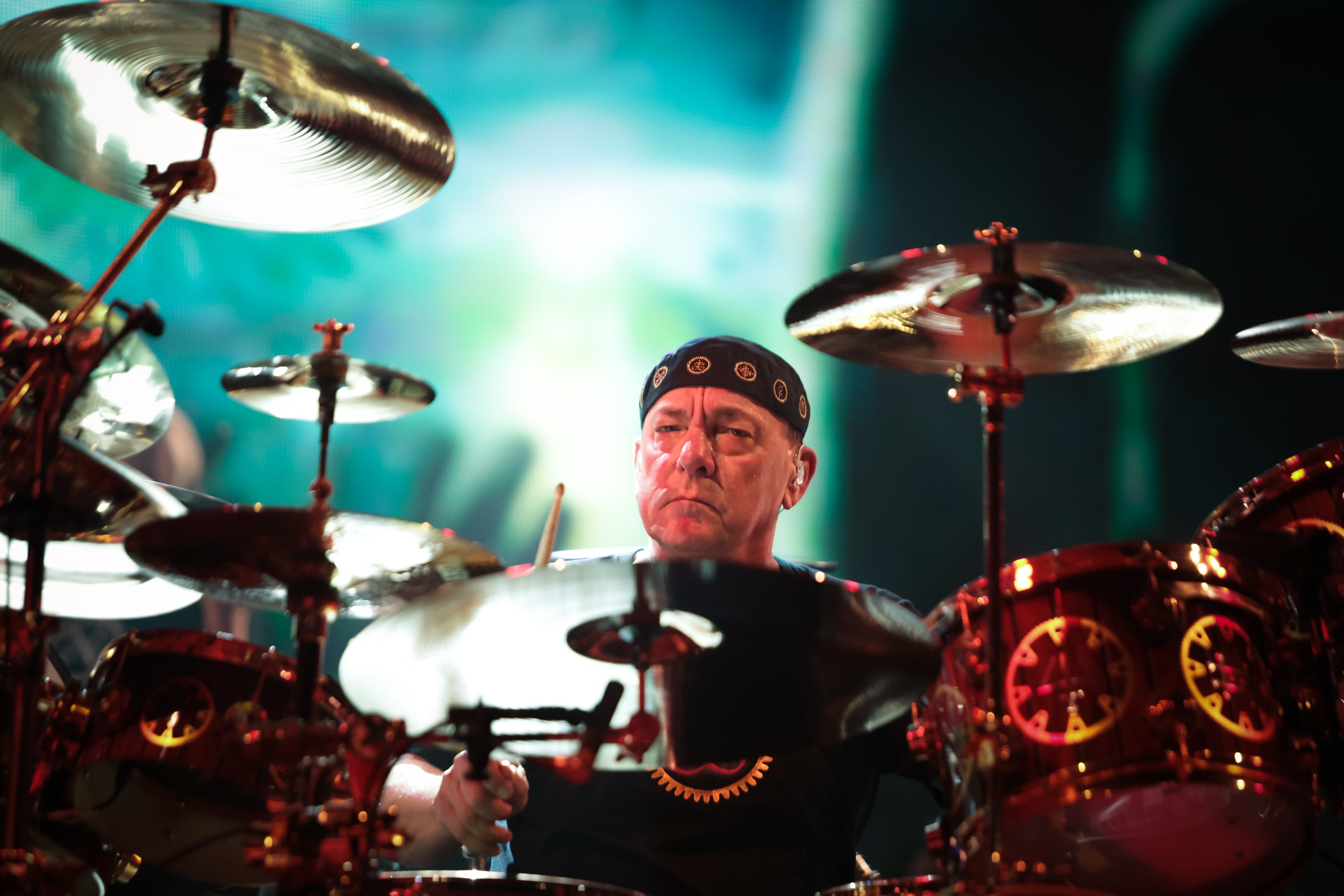 On the heels of the devastating news surrounding the death of iconic Rush drummer Neil Peart, many within the music industry and beyond are taking to social media to pay their respects to the effervescent musician who died on Tuesday at age 67 following a three-and-a-half-year battle with brain cancer.

The Beach Boys legend Brian Wilson paid his respects to the drummer, lamenting that Peart was “way too young.”

“I just heard about Neil Peart passing. I feel real bad about this – he was way too young,” Wilson wrote. “Neil was one of the great drummers and he’ll be missed. Love & mercy to Neil’s family. – Brian”

Kiss frontman Gene Simmons also sent his condolences to Peart’s family, writing, “My prayers and condolences to the Peart Family, Fans and Friends. Neil was a kind soul. R.I.P…….”

Geezer Butler, a founding member of Black Sabbath, tweeted on Friday that he was “sad” to hear of Peart’s death.

Slash took to Instagram to share a photo of Peart surrounded by his usual array of glistening drum sets, simply writing, “RIP.”

Comedian Dave Foley shared a short tale of the overall impact Peart had on his life.

“Over 20 years ago, one of my best friends John Kastner (@jeanguykastner) brought Neil Peart to my house in Laurel Canyon,” he revealed. “We stayed up all night drinking whiskey and talking on more subjects than I knew existed. He was the friendliest curmudgeon in the world. We’ll miss him.”

David Ellefson, an electric bassist for Megadeth, said in his emotional tribute that Peart changed his life as a young musician.

“What an incredibly sad moment,” he wrote. “Neil, Geddy & Alex changed my life as a young aspiring musician. Condolences to the family and @rushtheband organization.”

Comedian and actor Brian Posehn appeared to be crushed by Peart’s death, calling the news the “definition of [getting] gut punched,” adding that he felt as though he had lost his “cool uncle.”

“F— this timeline. Definition of gut punched.  I feel like I just lost my cool uncle,” he said. “My cool uncle that was also the best rock drummer to ever live. So sad there will never be Rush 50, still thought I’d see them one last time in Toronto doing a one off. RIP Neil Peart.”

‘Frozen 2’ to Stream on Disney+ Beginning This Sunday, 3 Months...

Kumail Nanjiani to Star as Political Journalist in Thriller ‘The Independent’