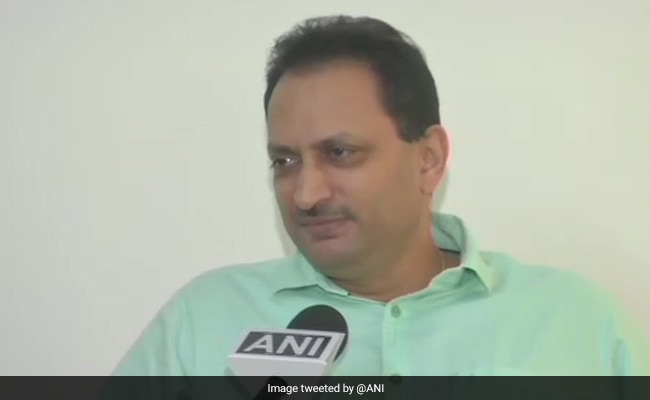 "Whatever is shown in the media is a lie," BJP MP Anantkumar Hegde said today.

BJP MP Anantkumar Hegde said today without regret about his statements, in which he described the war for freedom led by Mahatma Gandhi as "great drama", which was staged with the "approval and support of the British". The former union minister, who has been censored by his party, said he stood by his testimony and had never mentioned Mahatma Gandhi.

"Whatever is shown in the media is a lie. I stand by my statement. I have never referred to a political party or Gandhi," Hegde told ANI news agency.

"If I said a word about Gandhi or (Jawaharlal) Nehru or a freedom fighter, show me," he insisted.

BJP sources said Mr. Hegde's statements angered leading politicians, including Prime Minister Narendra Modi. The party had insulted the MP and informed him that such comments were not acceptable.

The opposition protested loudly today in parliament against the widely condemned statements.

"None of these so-called leaders was beaten by the police once. Their independence movement was one big drama. It was staged by the leaders with the consent of the British. It was not a real struggle. It was freedom to adapt." Fight, "said the six-time MP.

"The British did not leave the country because of Satyagraha. The British gave independence out of frustration. My blood runs when I read history. Such people become Mahatma in our country," Hegde had annoyed.

Union Minister Pralhad Joshi, who listed the government's role in promoting Gandhi's ideals on the occasion of his 150th birthday, said: "These people are causing an unnecessary problem. The member concerned said that he did not say something like this. We, the BJP -People are the real bhakts. These people are the followers of fake Gandhis like Sonia and Rahul Gandhi. "

New investors flock to the market in autumn