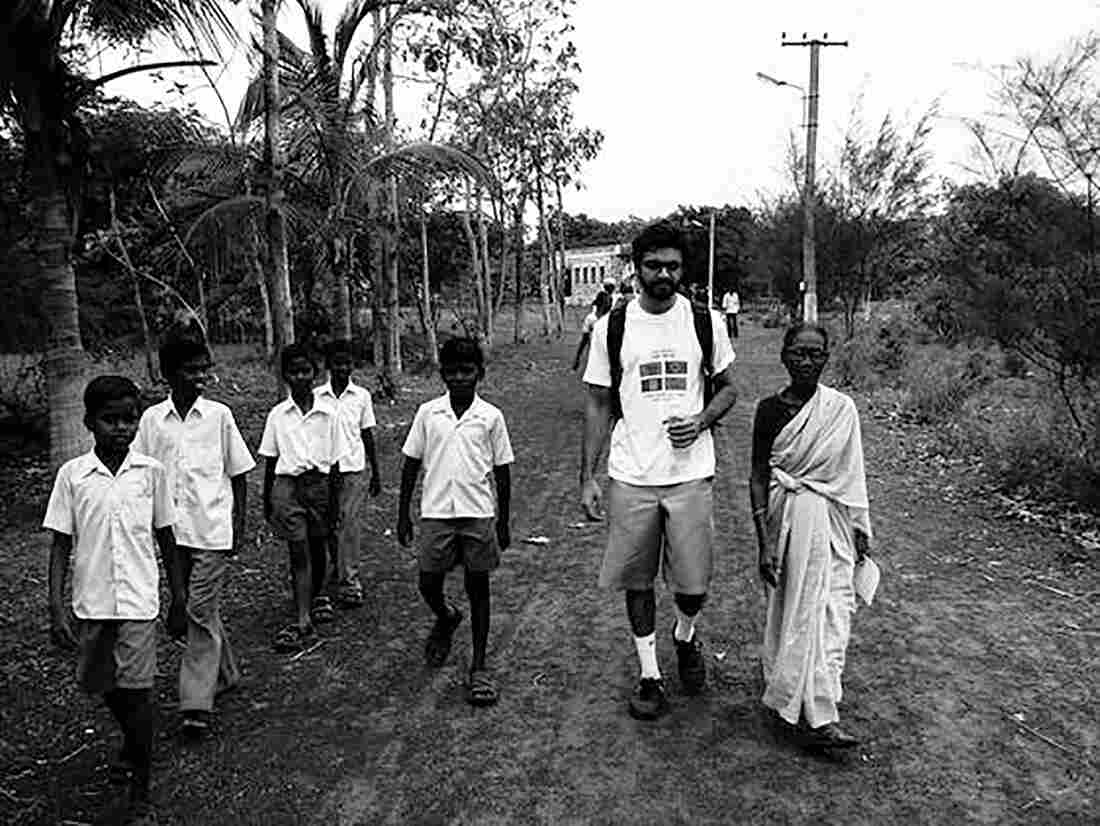 On a trip to India, Abraar Karan (second from right) interviews a local woman to talk about the challenges of the falls. 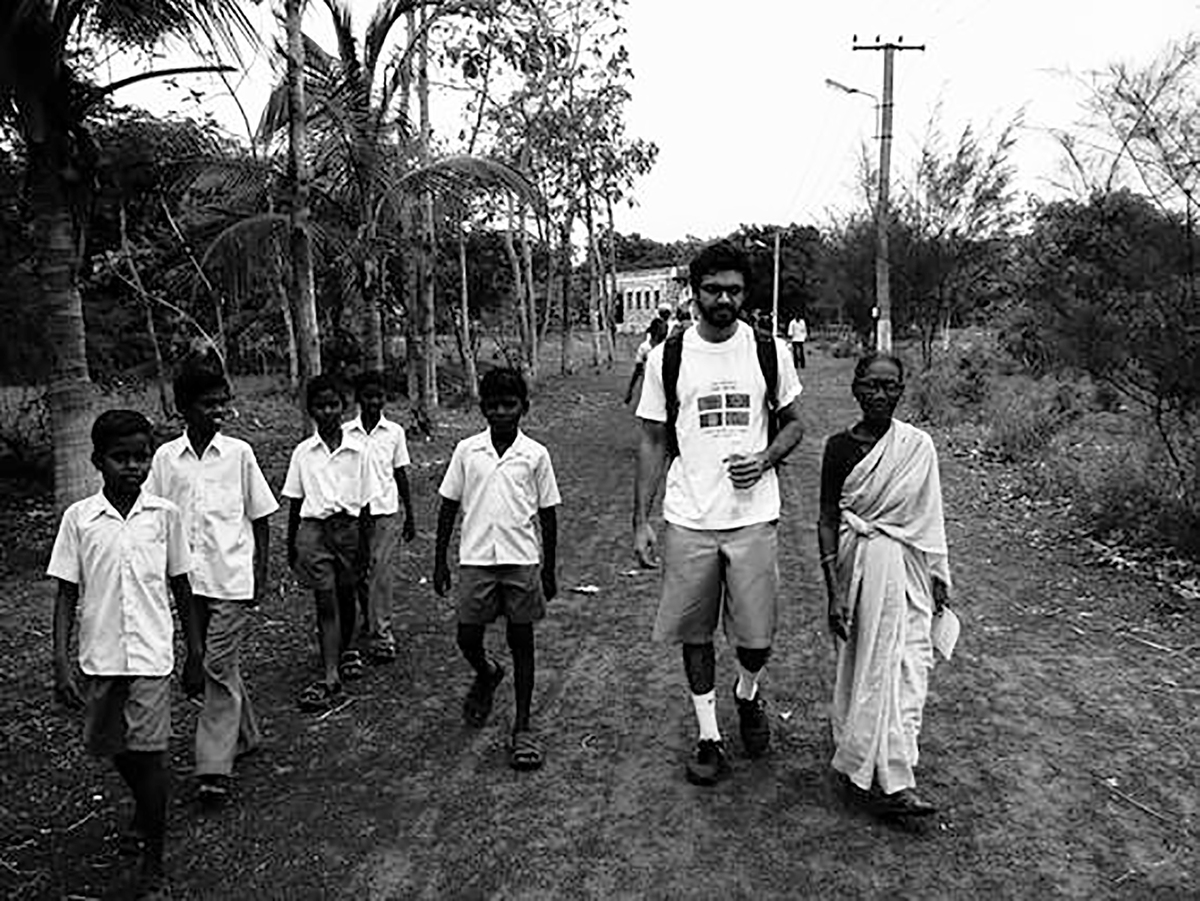 On a trip to India, Abraar Karan (second from right) interviews a local woman to talk about the challenges of the falls.

"Any Western medical institution that has more than a century and defends peace and justice must face a painful truth: that its success was based on the savage legacy of colonialism."

Richard Horton, editor of Lancet, wrote this bold accusation in a column in the magazine this year.

For the young western doctors who work in poor communities, no more important words could be heard.

Today, the field of "global health" strives to create equitable and fair relations between regions, places and rich and impoverished peoples. But it is still a field with markedly unequal power dynamics: racism, classism and many of the residual holdings of a terrible colonial past. I fear that this point is often overlooked or ignored, possibly because we are unconsciously or unconsciously involved in a neocolonial narrative in which rich people are "saving" poor people even while building their own careers.

It is not a relationship in which Western visitors and local people are collaborating equally, or perhaps even more appropriately, where local leaders take the dominant role.

I recently completed a global health course. There were conferences on the treatment of AIDS, malaria and tuberculosis and on noncommunicable diseases such as diabetes and hypertension in Africa.

But none of these discussions addressed the remains of the colonial mentality. In any case, that mentality was dominant in the academic framework. Most of the teachers were from high-income countries, as were most of the students, including myself.

However, our discussions were mainly about other people in other countries, most of which had been colonies in the past. I couldn't help thinking that there should be more people from the countries we were talking about both on stage and in the seats.

If you are from a high-income country that works in a low-income environment, and does not think and think about this issue frequently, it is very likely that you are contributing to the problem.

It is true that I know that I have contributed to it. As a university student, I participated in a voluntary trip to the Dominican Republic in 2008, my first experience with international health.

I was a Spanish translator for American doctors looking to create a program with the local community. It was supposed to become a long-standing annual trip for medical and public health work, including the creation of a permanent clinic where alumni could go to work.

But this project did not continue after our two-week "parachute trip." Logistic problems prevented us from forming a longer and more meaningful connection. But now, when I look back, I recognize that this project certainly connected with issues of the colonial era: Western doctors traveling to unknown territories to help less educated inhabitants.

That experience made me realize how problematic short-term travel could be and led me to a career in global health as a way of making a sustained contribution to the field rather than simply attending quick missions.

In 2008, on one of our many night trips home at the back of platform trucks across the Dominican countryside, I remember a sincere conversation with one of the doctors. We regret that although we were working to treat coughs, colds, diarrhea and fever, we were not doing anything to treat all the reasons that contribute to these diseases: poverty, lack of paved roads and latrines, food insecurity, education insufficient and even deprivation of political rights: if you cannot vote in fair elections, how can you expect to have any impact on government health decisions?

A medical mission trip was certainly not the way to solve these problems. While the local population had a continuous struggle against poverty, we, as Western visitors, had the luxury of leaving whenever we wanted.

Nor did they have recourse against us if we behaved inappropriately, there was no way to hold us accountable. There was nothing they could do about the group of foreigners who came, saw and finally did not stay or return.

Certainly, those of us who worked on the program were better than the brutal colonizers. But were we so different in the very basic power dynamics between light and dark skin? Between rich and poor? In addition, the nature of our mission perhaps confirmed the worst fears of the local community: we would not return there.

Many times, they asked us when we would return, but most of us knew that the answer was, at best, uncertain. So we could only vaguely respond with "in the future" – in the future.

And I admit, I benefited: in 2008, having a global health experience in your CV was a big problem. Today, I feel guilty for having benefited from it, even if that was not my main reason for being there. At that time, I really didn't know what I wanted to do with my career, and this was an opportunity to see if it could be global medical care.

Dismantling our own power

After reflecting on the damage we have caused from the West, I now ask the obvious question: what can we do about it?

Even if you have never worked in global health, the color of your skin and the accent of your voice can unduly confer a level of authority on poor communities that you probably do not deserve and should not have. This is a symptom of inequity that calls all of us in this privileged seat to dismantle our own power, to push back the colonial legacy with humility; to tell himself, his colleagues and the people he is working with: "We are not experts here; we are the students."

In addition, relationships within global health are still strongly (and falsely) dominated by the idea that the Global North is "helping" the Global South. The opposite is rarely recognized or encouraged significantly. Even when doctors from impoverished countries are taken to rich countries as part of the exchange programs, they are supposed to come to learn from us.

Of course this is not true. Much of what I have learned has been the wisdom, ingenuity and perseverance of doctors and other health care personnel who live and work in low-income settings. From them, I learned to rely on a physical exam instead of using expensive and overused technology.

I have also become more sensitive and aware of the challenges my unattended patients suffer in the United States. For example, the patients I see in my predominantly Latin American clinic in Boston share the same challenges that my patients face in sub-Saharan Africa. . They cannot afford or find healthy food, they lack income available for convenient transportation to a medical center and, for many, English is not the first language, if they can speak it. When a patient of mine misses an appointment, I call to find out why.

I don't write this to say that doctors in high-income places have no role to work in global health. Certainly there is, and in fact, it is more than a paper. It is a responsibility. Part of the legacy and inequality of colonialism is that we, in the Global North, benefit from access to new technologies, drugs, equipment and money, as well as sanitation, electricity and transportation. The list continues.

But that is not because we are better than doctors in poor countries. This is because our leaders have done their best collectively and systematically to ensure that these countries remain less economically empowered than ours for centuries.

Our role in global health as professionals in rich countries is not a practice in which we are "helping" poor countries; It is one in which we hope you can forgive us for having decimated you in the first place.

In the 1899 poem, The burden of the white man, the English poet Rudyard Kipling talks about what he sees as the responsibility of rich countries to help poor countries as the burden placed on the white man. In response, a black cleric, H.T. Johnson wrote a piece, The burden of the black man Only a few months later He rightly points out that the burden is the other way around: that in reality, blacks and browns have suffered the burden of white colonialism and imperialism, forces that have not helped them, but exploited and killed them.

Today, the same is true, just repackaged. The burden is borne by black and brown people (as well as poor whites of marginalized groups) due to the evils of an imperialist white domain still prosperous.

We see this burden in global health research, which is still largely dominated by Western researchers who develop their careers from studies of vulnerable and marginalized groups who often do not understand their roles or participation.

We see this in the response to pandemic disease, which has been detrimental to local cultural and health systems (Ebola, for example, extracted many financial and operational resources from other health and human rights diseases in Congo that are still killing more Congolese).

We see this on short-term global health trips, which help students from Western institutions gain "experience" at the expense of poor people in distant places.

Certainly, not everything is bad in world health, but it seems that there is much less talk of bad than good.

In the worst case scenario, today's global health is a neocolonial self-gratification machine in which doctors, professors, researchers and other people from rich places with abundant privileges are even more exalted because they are doing the work of their Southern counterparts. Global make as part of their daily lives. Little or no recognition At best, it is a humble attempt to match the playing field of life between the North and the South by trying to unravel the strongly united chains of colonialism.

I am now a doctor at Harvard University and at Brigham and Women's Hospital with a strong track record of long-term health associations worldwide. Our programs have a particular emphasis on establishing human relationships and building, empowering and supporting local health leaders as core principles of work. An example of this is the University of Global Health Equity, a medical and public health school in Rwanda that focuses on training African students to become leaders in global health and leading health care efforts in their home countries.

From many of the impoverished patients I have worked with, I have learned that the challenges that help a Western doctor build a career or feel altruistic are the harsh endless realities of his life, every day, every year, from birth to death. When we fail to recognize this hard truth, we end up taking our power for granted. There is nothing more dangerous than that.

Abraar Karan is a resident of internal medicine at the Hiatt Residence in Global Health Equity at Brigham and Women & # 39; s Hospital and Harvard Medical School. All opinions expressed are personal and do not represent those of any of the institutions mentioned. You can contact the author via Twitter @AbraarKaran

Have you participated in a global health program in a developing country? Has that program taken recent steps to empower local medical professionals? Share your story in an email to goatsandsoda@npr.org with the subject line "global health programs".

We are receiving answers until January 7. We can contact you if we are interested in including your story in a future article.

Negotiating insulin costs could save billions of US dollars