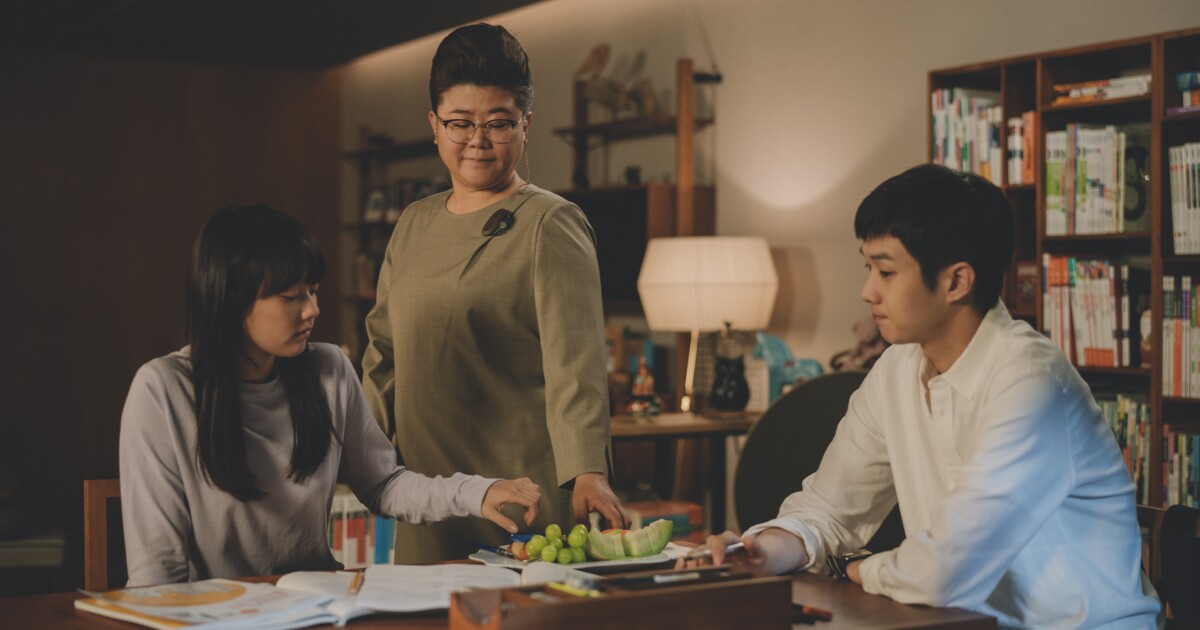 Oscar nominations arrive Monday. And while there’s plenty of good news on the horizon — Bong Joon Ho’s “Parasite” could become the first South Korean film to be nominated for international feature, for one thing — the hashtags are likely to be trending in the wrong direction.

In a year in which women made many excellent movies, the director category will likely be an all-male group. And just days after the British Academy of Film and Television Arts came under fire for giving all 20 of its acting nominations to white actors in English-language films, the Oscars slate could look nearly as monochromatic.

Honestly, it wouldn’t shock me if the academy passes over Jennifer Lopez, long considered a sure-fire nominee for her celebrated turn as the ringleader stripper in “Hustlers.” Given how other voters have shunned movies about women throughout this awards season — “The Farewell,” “Little Women” and “Portrait of a Lady on Fire” have come up consistently short in recent weeks — we shouldn’t really expect the Oscars to right all wrongs. History, in fact, warns against optimism.

And yet … as I made these predictions in all 24 categories, I couldn’t stop myself from occasionally allowing myself to feel a little hope, an emotion that rarely pans out when it comes to this sort of thing but remains a necessary part of the job. Or maybe it’s less about optimism and just another example of my own hubris. Can’t these voters see what I’m seeing? Morons!

The academy has never nominated more than nine movies since adopting, in 2011, its current, complicated voting system that allows for a variable roster of five to 10 best picture nominees. Occasionally the tally stops at eight, but I’m going to go with nine. (Optimism!)

The Producers Guild nominated all of these films, and there’s little to indicate that the academy will swap in any of the higher-profile movies the PGA left out (“The Two Popes,” “Bombshell” and, sob, “The Farewell”). But some PGA title has to be cut, and that’s likely “Knives Out,” a movie that’s just way too much fun to be a best picture nominee.

Bong, Scorsese, Tarantino and Mendes would appear locked. The final spot is anyone’s guess, and the choices range from Gerwig, who just won the director honor from the National Society of Film Critics, to Phillips, Noah Baumbach (“Marriage Story”) and Taika Waititi, who picked up a Directors Guild nomination this week for “Jojo Rabbit.” On a hunch, I’ll go with the great Almodóvar, who made a movie about a director struggling with a creative crisis. Revelatory and relatable.

There are a couple of Oscar-morning narratives for “Little Women.” One headline could trumpet the movie’s resurgence after failing to register much with the Hollywood Foreign Press Assn. or at all with Screen Actors Guild Awards voters. The other would repeat all those tales of narrow-minded men unwilling to give Gerwig’s updated take on “Little Women” a chance. Ronan’s fortunes will factor mightily into which story is told.

Can the same person be a surprise and a snub? Yes, in the case of De Niro, who delivered subtle, nuanced work in “The Irishman” but will likely be overlooked because actors branch voters gravitate toward flashier work. But if “The Irishman” really goes over big and picks up a leading 11 nominations, then maybe its leading man receives an invite to the party too.

Remember five years ago when Jennifer Aniston picked up noms from the SAG Awards and HFPA for a movie called “Cake”? OK. You probably don’t remember because the movie only made $2 million. “Hustlers,” on the other hand, has grossed more than $100 million. But Lopez and Aniston are both popular actresses, tabloid mainstays whose work is often dismissed. I’m not predicting this is going to happen (stop yelling!), but, again, movies by and about women have been routinely ignored this season.

Tom Hanks, “A Beautiful Day in the Neighborhood”
Al Pacino, “The Irishman”
Joe Pesci, “The Irishman”
Brad Pitt, “Once Upon a Time … in Hollywood”
Song Kang Ho, “Parasite”

As you may be aware, I love “Parasite,” and have written about it … oh … a couple of (hundred) times since the Toronto International Film Festival. As such, I could be overestimating the chances of Song, a superstar in South Korea, to win enough favor with Oscar voters. But “Roma” actresses Yalitza Aparicio and Marina de Tavira scored acting nominations last year, and I suspect acting branch members will reward Song for his humorous and heartbreaking turn as “Parasite’s” patriarch.

Possible surprise: “A Beautiful Day in the Neighborhood,” Micah Fitzerman-Blue and Noah Harpster

It’s hard to envision an upset in this category, as the competition is thinner this year than in the original screenplay category. It’s possible Mister Rogers elbows his way past the nihilistic clown. But “Joker” has a great many fans, among them screenwriters who see it as a twisted take on the comic book origin story. When in doubt, always err on the side of the movie that’s going to be nominated for best picture.

Writers branch voters haven’t been generous to international cinema of late, but here I am predicting two nominations. What am I thinking? “Parasite” seems inevitable for its brilliant structure and audacious melding of satire and heart-wrenching social commentary. And if I’m going to put Almodóvar among the director nominees, of course I’m going to double down by including his beautifully detailed screenplay.

Possible surprise: “Those Who Remained”

“Honeyland,” the sublime documentary about a Macedonian beekeeper, landed on the shortlists for international and documentary feature. It could earn dual nominations, but there are a couple of other strong possibilities here: the disquieting Polish drama “Corpus Christi” and the tender Hungarian post-Holocaust story “Those Who Remained.” Both could make it in at the expense of, say, “Atlantics.”

Last year, documentary branch voters gave the cold shoulder to Oscar-winner Morgan Neville’s Fred Rogers doc “Won’t You Be My Neighbor?,” an acclaimed film that had grossed $22 million at the box office. Another popular documentary, “Three Identical Strangers,” about triplets who reunite as adults after being separated at birth during adoption, was shunned too. So, no, it wouldn’t be shocking if this branch decided to ignore “Apollo 11,” a critical and commercial hit about the spaceflight that put men on the moon. These voters love to confound.

Possible snub: “I Lost My Body”

Possible surprise: “Weathering With You”

You could make a case, as Times film critic Kenny Turan might, that “I Lost My Body” is the best new movie streaming on Netflix right now. Voting in the Los Angeles Film Critics Assn., we gave it best animated feature and score, and it showed up in a number of other categories as well. Exhilarating and unnerving, it’s the standout of a group dominated by sequels.

Possible surprise: “Portrait of a Lady on Fire,” Claire Mathon

Last year, this branch nominated two black-and-white movies — “Roma” and “Cold War” — so there’s no way voters could overlook the haunting imagery that Blaschke created for “The Lighthouse,” right? Maybe the lobster dinner I ate last night was a bit off, but I have a bad feeling that Robert Eggers’ delightfully bonkers movie might come up empty Monday and a nomination will go instead to Phedon Papamichael’s immersive work on “Ford v Ferrari.”

“Birdman” won the best picture Oscar without an editing nomination. The backers of “1917″ would prefer not to go that route and have taken pains to explain the hidden editing techniques Smith employed to make it appear as if the film is a single, unbroken shot. Like every other branch, voters here reward “most” and it’ll be interesting to see if the details surrounding Smith’s subtle work captured their favor.

The meticulously designed modern home in “Parasite” is the movie set of the year, a crucial element in the film’s story of class warfare. How many other movie sets earned a spread in Architectural Digest???

Search the internet for “Taron Egerton” and “orange suit,” and a bunch of images come up for a tasteful (?) tuxedo he wore in a “Kingsman” movie. He could easily rectify that by wearing the hot orange devil suit from “Rocketman” to the Oscars. C’mon, Taron. Make Bob Mackie proud!

“Bombshell”
“Joker”
“Judy”
“Once Upon a Time … in Hollywood”
“Rocketman”

Possible snub: “Once Upon a Time … in Hollywood”

Possible surprise: “Dolemite Is My Name”

The last two winners — “Vice” and “Darkest Hour” — have gone to films that transformed actors into famous figures. In other words, this could be the one Oscar that goes to “Bombshell” — unless “Joker” has the last laugh.

This could shape up as a battle between the Newman cousins. Thomas has earned 14 nominations without winning an Oscar. Randy, has been nominated 20 times, winning twice for song, but never for score. But look out for Guðnadóttir, the Icelandic native who just took the Golden Globe (the first solo woman to win for score) and was a double victor at the Society of Composers & Lyricists’ inaugural awards. She also won an Emmy in September for her “Chernobyl” score, and that work earned a Grammy nod too. Guðnadóttir could be a Tony away from an EGOT a month from now.

There’s talk of contracting these categories into one award next year. (The editor collects the film’s sounds, including dialogue and effects; the mixer determines how the audience hears those sounds.) Music-heavy movies figure more prominently in the mixing category, which is why I’m subbing in “Rocketman” for “Joker” there.

Martin Scorsese vs. Marvel. It’s just a battle for the future of cinema, that’s all.