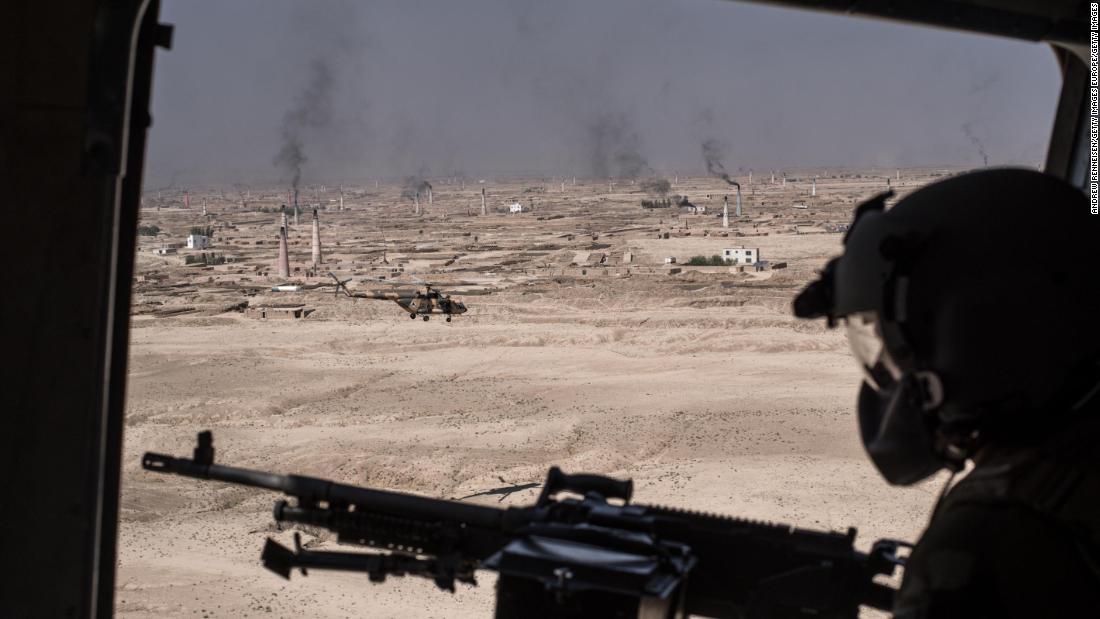 Staff Sgt. Ian P. McLaughlin, 29, of Newport News, Virginia, and Pfc. Miguel A. Villalon, 21, of Joliet, Illinois, were killed in the bombing, the Department of Defense said in a statement. They died Saturday when their vehicle was struck by an improvised explosive device in the southern province of Kandahar.

The Taliban claimed responsibility for the incident, which is currently under investigation.

“These paratroopers represent the very best of our Nation and our Army. Three time volunteers, they went when our Nation called and paid the ultimate sacrifice,” Maj. Gen. James Mingus said in the statement. “They will be honored, mourned, but never forgotten and we are committed to taking care of their families for life.”

Between 12,000 and 13,000 US troops are currently serving in Afghanistan as part of a US-led NATO mission to train, assist and advise Afghan forces.

There have been more than 2,400 total deaths of US service members since the start of America’s longest war in 2001. Last year was the deadliest in five years for the US in Afghanistan, with 23 service members killed during operations in the country in 2019.

The latest reported casualties come as the US has restarted peace talks with the Taliban.