He sat quietly and inconspicuously at an outside table and ate dinner with his two companions on a monsoon evening in 2014 in the then newly opened Farzi Café in Gurgaon, when someone as a cook referred me to me behind Tabla, New York.

Until then I had only known Floyd Cardoz by his reputation. For those of us who wrote about Indian gastronomy, he was a household name – the Mumbai-born Goan cook who put Indian food on the map in the United States and combined regional flavors with local products to create contemporary dishes.

Chef Cardoz died of COVID-19 on Wednesday. He tested positive on March 18 and was treated at the Mountainside Medical Center in New Jersey. He was 59 years old.

As the head chef, Cardoz was the co-founder of Hunger Inc, the company that operates restaurants like The Bombay Canteen and O Pedro.

The loss is unbearable and impresses us all in the world of food in India, a community that is closely connected despite all its quarrels and differences. It wasn’t until the beginning of the month, when Cardoz was in Mumbai to open the Bombay Sweet Shop (also from Hunger Inc) that he had attended events in which a large part of the restaurant and the writing community took part. He flew back to New York and, according to his Facebook post after Fever 18, went to a New Jersey hospital on Mach 18.

My lasting memory of Cardoz will recall that monsoon evening in 2014, when Floyd returned to India after receiving his awards abroad to move the envelope even further. That evening, when he and his two meal companions, Yash Bhanage and Sameer Seth, were sitting in the Farzi Café, they had discussed their plans to open a new restaurant in Mumbai. 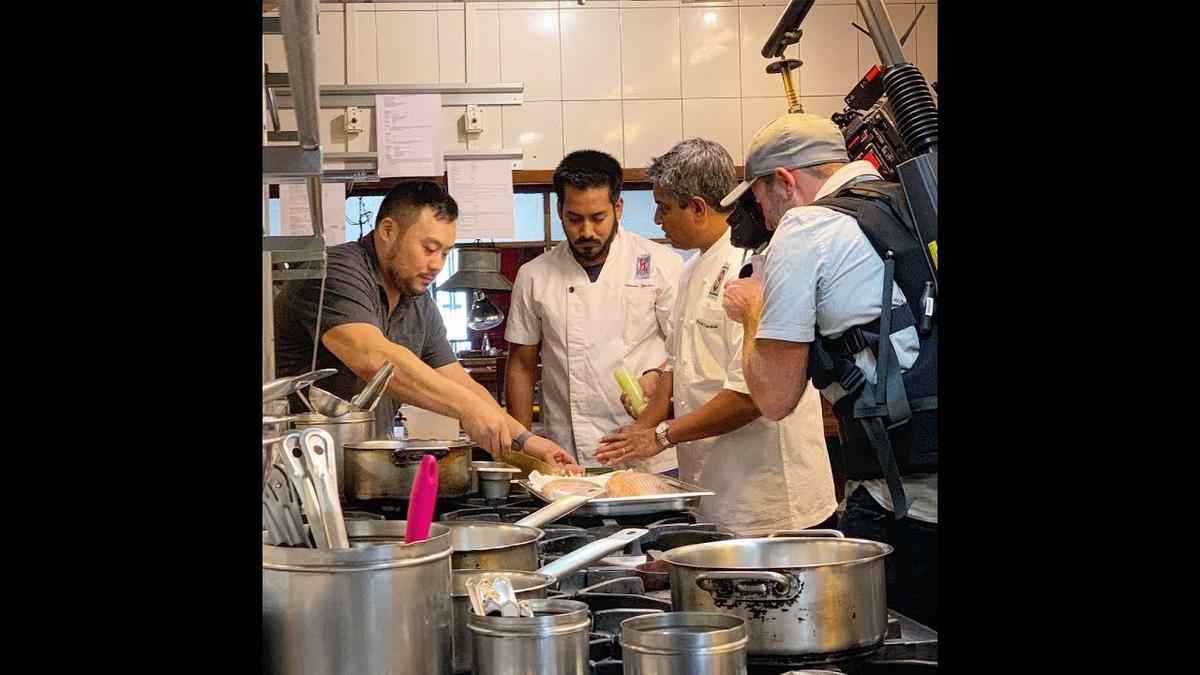 Floyd Cardoz (second from right) here with chef Thomas Zacharias and David Chang, moderators of Netflix’s “Ugly Delicious”. He was seen in an episode of season two of the travel news show. | file

Bhanage and Seth were looked after by Cardoz as young hotel professionals in the United States. Now that their leader and father figure were in tow, it was appropriate that they should carefully plan a passion project.

A year later the trio started the Bombay Canteen and invited me.

Many of the dishes – devilish eggs flavored with Goan Masala, Arbi Tuk (Colocasia), and Kamal Kakdi (Lotus tribe) – paid tribute to Cardoz’s memories of a Bombay he grew up in. His stories about Feema (Kheema) Pao at The Canteen of St. Xavier’s College, the crab curry, and the goan sausage at home had obviously penetrated the restaurant’s spirit and cuisine. While he remembered past things, two young men occupied the kitchen, did his dishes and distributed food through a small service window. The chefs Thomas Zacharias and Hussain Shahzad were looked after by Cardoz.

The two are now leading restaurant chefs in India; Their own dishes determine the menus of Bombay Canteen and its sister outlet O Pedro (which opened in 2017). And their creativity is independent of that of their mentor. However, both started under the competent guidance of Cardoz, a cook and man whose most remarkable ability was not only to cook in an inspired manner, but also to look after younger creative people. It was generous to let them fly independently and without fetters. It is testimony to Cardoz’s talent and leadership that all of his protégés have worked out creative niches and are driving his legacy.

Despite all his quiet openness, Cardoz has not crushed his words. When I asked him to write a piece for my blog, he wrote with passion and openness about how the standard of the restaurant kitchen in India had to be much higher. Few chefs would have publicly referred to poor quality in the industry.

His own kitchen was deeply rooted in his roots, although dishes sometimes stopped you with her ingenuity. The dish I will always remember him for is a Red Snapper Sol Kadi Ceviche. He originally designed it for Paowalla, his Soho excursion, which unfortunately ended. The Konkani flavors of Sol Kadi, which replaced the acidity of lime, were a stroke of genius. This genius is now lost to the world of gastronomy.

(Anoothi ​​Vishal is a Delhi-based food writer and author)

What the coronavirus pandemic means for footballers and football clubs