Days after union minister Anurag Thakur sparked controversy with his slogan "shooting the traitors", a man opened fire on demonstrators who opposed the Citizenship Act (Supplementary Act) outside of Jamia Millia Islamia in Delhi.

The man was held on tape with a gun and pointed to demonstrators, even when police officers watched him modestly from a distance.

Only after he fired the gun and injured a student did the police intervene and catch him. In the videos that record the attack, the man with "Jai Shri Ram" and "Jai Shri Ram" can be seen.you lo azadi"While demonstrators are calling to sing"Vande Mataram& # 39; if you want to live in India. The shooter has now been taken into custody.

But who is the shooter?

According to the police, the shooter is a minor who lived in UP's Gautam Buddha Nagar on the outskirts of the state capital. Although not much is known about the attacker, his Facebook account revealed a number of consistently disruptive and communal posts.

"Rambhakt" is also the prefix of his name on Facebook, where he publishes live videos of the protests at Jamia before opening fire. Here are some of the posts shared on the man's page in the past 24 hours.

& # 39;Shaheen Bhag … Khel Khatam& # 39 ;: The post is a nod to the ongoing anti-CAA protests in Shaheen Bagh-Kalindi Kunj that have been led by women for over 40 days. The protests have sparked widespread controversy in Delhi, particularly in the run up to the Delhi 2020 general election. 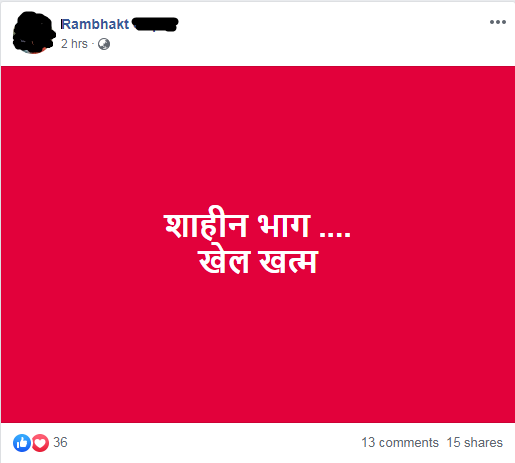 & # 39;Koi Hindu media nahin hai yahan& # 39; (No Hindu media here), "Main yahan akela Hindu hoon" (I'm the only Hindu here): Another attempt to polarize by claiming that there are no "Hindu" media in Jamia protests and he was the only Hindu there. 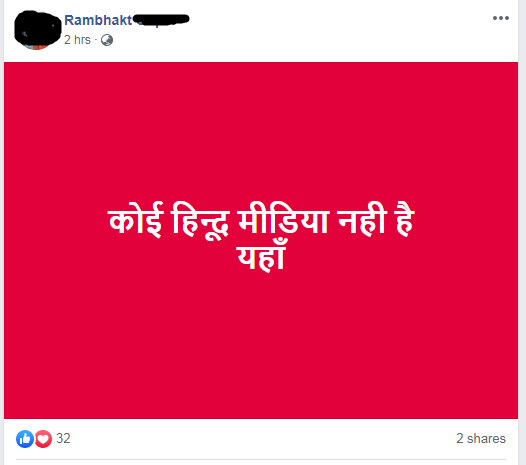 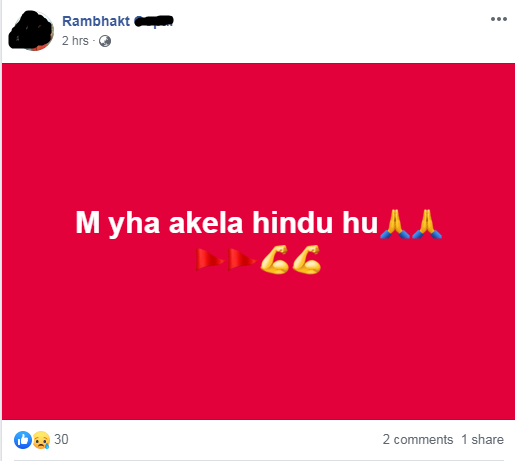 In another post, he claimed: "Chandan Bhai, you badla aapke liye hai"(Chandhan brother, this revenge is for you). Chandan Gupta was a 22-year-old commercial student who was killed in January 2018 in Kasganj, Uttar Pradesh, after Akhil Bharatiya Vidya Parishad (ABVP) organized a Tiranga rally in the Muslim area. He also made cryptic posts in which he seemed to predict his death or that a serious situation would soon befall him. In one post he wrote: "Meri antim yatra par, mujhe bhagwa my le jaaye and aur jai shri ram ke naare ho"(Carry me in saffron cloth on my last trip (after death) and make sure there are songs by Jai Shri Ram. In another, he wrote:"Only ghar ka dhyaan rakhna"(Take care of my home). 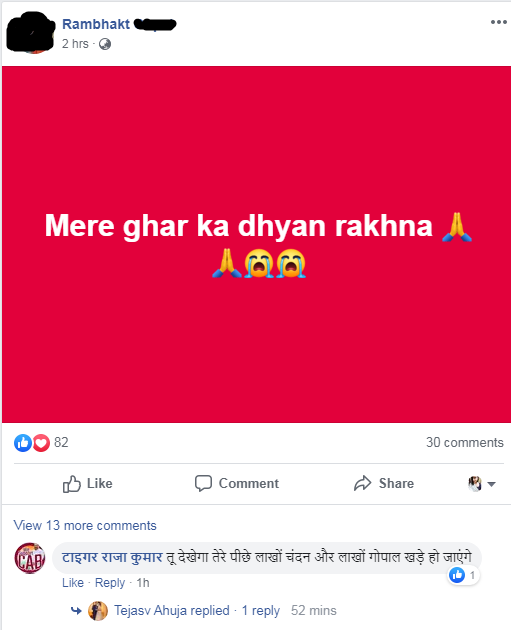 In another post, he said: "Azadi de raha hoon"(I give you freedom). The comment is an allusion to theAzaadi"(Freedom) slogan that is popular with anti-CAA demonstrators. Incidentally, all of these posts were created just a few hours before the shooting started on demonstrators. 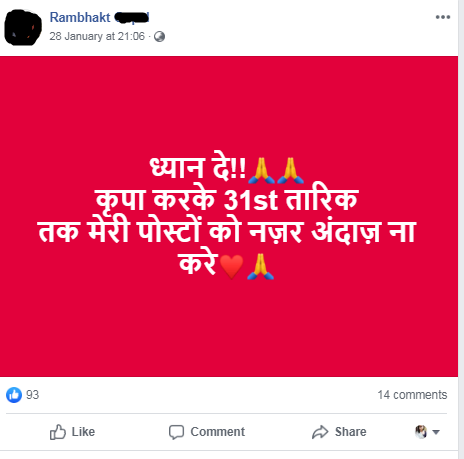 His Facebook account has since been blocked. However, it emerges from all his contributions that the shooter was deeply radicalized and was looking for an audience for his stunt. His posts, which now have thousands of views, have been very well received by his followers, many of whom praised the shooter's "bravery". One comment read, "Inspired by you, many Chandans will rise." Several commentators also repeated the slogan "shoot the traitors" that was heard at Thakur's rally.

The shooter appears to have been on Facebook since July 2018, and since then most of his posts have been either direct or cross-border. Nevertheless, the account existed on Facebook for over a year and it managed to bypass Facebook's data protection guidelines, which prohibit hate speech and divisive / municipal posts, photos and videos.

The Treasury refutes false news, saying no extension of the Indian...