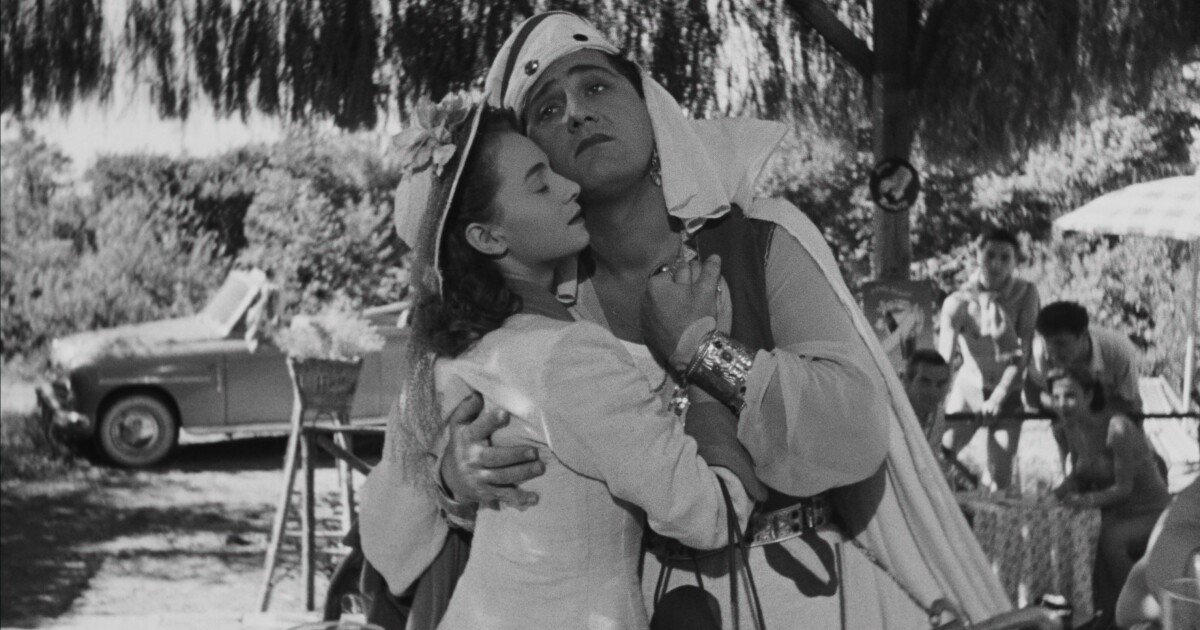 Orson Welles called it his favorite of the director’s works. It began a composer/filmmaker collaboration that became legendary. And even though it’s old enough to collect Social Security, it retains its ability to put a smile on your face that refuses to leave.

Newly translated and subtitled and released in a sparkling 4K restoration, Federico Fellini’s irresistible 1952 film “The White Sheik” is in theaters again to mark the centennial of both its director and its splendid star, Alberto Sordi. And because it’s too much fun to sit on the shelf.

Though many filmgoers know the Italian director from later, more elaborate work like “La Dolce Vita,” “8 1/2” and “Juliet of the Spirits,” there is a lot to be said, as Welles knew, for the warmth, empathy and sheer comic joy of this his first solo directing effort.

Telling a story he co-wrote, using his composer/alter ego Nino Rota for the first time, even giving actress Giulietta Masina (also his wife) a role that later evolved into a Cannes best actress-winning feature, Fellini reveals himself as delighted by the human carnival on display in this farcical comedy of the everyday absurd.

Though his directing experience was limited, Fellini already had an exact sense of what he wanted and how to get it, not to mention firm ideas as to who he wanted to cast, which often meant going against the conventional wisdom of the day.

Central to “White Sheik’s” story is the existence of fumetti, dramatic comic books illustrated not with drawings but with photographs, a popular-culture genre that was huge in postwar Italy and other countries but not that well known in the U.S..

Before we get to these photo books, however, we meet the very proper Ivan Cavali (Leopoldo Trieste) and his new wife Wanda (Brunella Bovo), small-town innocents who have journeyed from tiny Altavilla Marittima to cosmopolitan Rome to meet Ivan’s more worldly relatives.

Actor Trieste, whose long career effectively began with this film, is impeccable as the co-lead, a forever-anxious husband with a Chaplinesque face who proudly boasts to his bride that he’s “left not one moment free” in his obsessive planning for their Rome visit.

Unknown to her husband, however, Wanda (played with letter-perfect guilelessness by Bovo) has other plans. This new bride turns out to be an obsessive fan of fumetti in general and one very special book in particular.

That would be “The White Sheik,” detailing the adventures of a Rudolph Valentino knockoff and his dramatic world of politically incorrect characters like Oscar the Cruel Bedouin and Helga the Mysterious Greek.

In fact, Wanda is such a fan of this sort of reading (“It’s where my real life begins” she admits) that she has sent numerous fan letters to the Sheik using the pen name Bambola Appassionata (Passionate Doll).

And, as chance would have it, Ivan and Wanda’s hotel room is just down the street from the offices where the fumetti are published, and, waiting till her husband takes a brief nap, Wanda sneaks out to meet the man of her dreams, a wild and crazy escapade that doesn’t turn out even remotely the way anyone involved anticipates.

Fellini has so exactly imagined this world that every single face that appears on screen, even briefly seen extras, feels like it was chosen with exceptional care and skill.

The same is true for nominally minor characters, from a sympathetic fumetti editor (Fanny Marchio) to Cabiria, a prostitute encountered briefly whose vivid appearance led to 1957’s “Nights of Cabiria,” an Oscar winner for the director.

“White Sheik” also reveals Fellini’s gift for uproarious chaos, for indisputably wacky moments that come out of nowhere, like a military brass band that plays on the move and the appearance of a fire eater when no one would expect one.

A special word must be said for Sordi, one of Italy’s biggest stars who never made the same kind of impression on audiences outside his home country.

Though Sordi was a working actor known primarily for being the dubbed Italian voice of Oliver Hardy, “White Sheik” put him into a different category. His performance as the egocentric matinee idol, suave, debonair and self-absorbed, is everything Wanda, and the audience, would want it to be, leading to memorable future roles in films like “Il Vitelloni” and the too little seen “Mafioso.”

Inventively comic with melancholy notes around the edges, “The White Sheik” has, in common with all Fellini’s films, more going on than you may at first anticipate.

If the film has a theme, it’s expressed by the fumetti editor, who says “Real life is the life of dreams,” something Fellini would return to frequently but never with more entertainment value than he does here.

In Italian with English subtitles

Tommy Chong Talks Color Out of Space and Being Scared of...