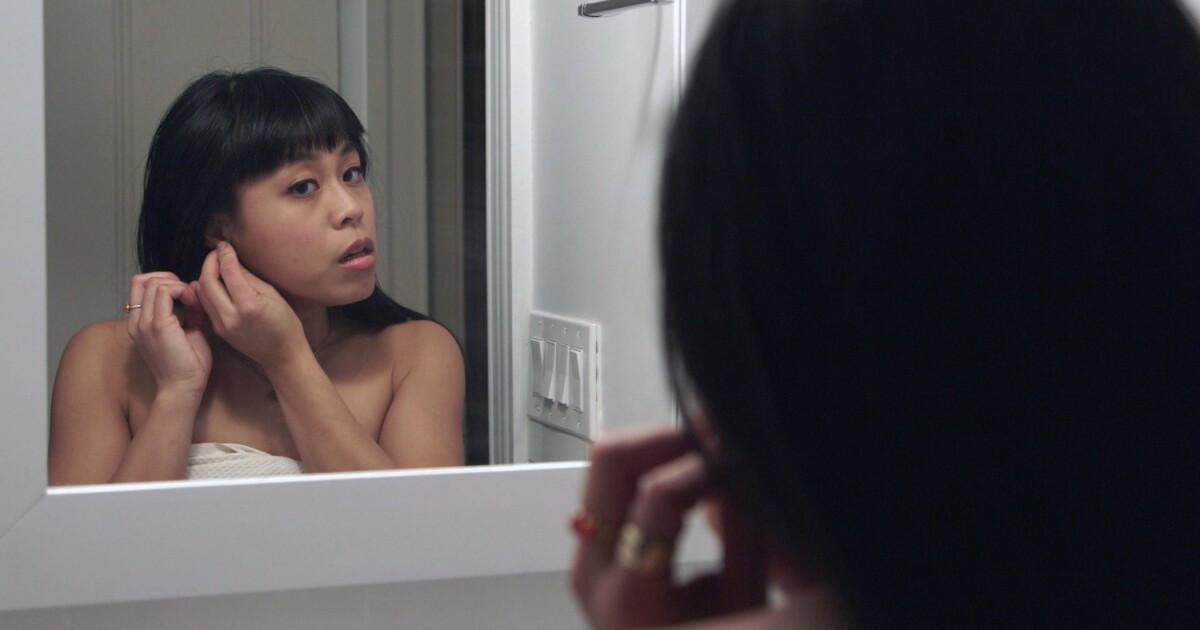 Performance and personal truth intertwine in co-directors Jeff Reichert, Michael Koresky and Farihah Zaman’s hybrid piece “Feast of the Epiphany,” a meditative banquet of ideas that’s distinctly one part ensemble millennial drama and one part agricultural documentary. (Reichert is an Oscar nominee as a producer of the documentary “American Factory.”)

Auditions first reveal a cast of young thespians rehearsing lines that will return later in another context. Fiction then takes over at a tense dinner party Abby (Nikki Calonge) throws to cheer up her college friend Sarah (Jessie Shelton). Behavior soon diverts from naturalism to theatricality with the affected delivery of the dialogue we’d previously heard.

Puzzling at the onset yet ultimately satisfying, this production doesn’t precisely qualify as docu-fiction, but rather as a juxtaposition of narrative forms to explore which is perceived as more affecting.

As intense emotions threaten to taint the evening‘s party, a snowy night gives way to the breezy farmlands of Kinderhook, N.Y., to meet Jody Bolluyt, owner of Ruxbury Farm. Her staff starts each morning reciting passages from Rudolf Steiner’s “Calendar of the Soul” in their preferred language, bringing an element of poetic rendition to the rural setting.

With marked dualities at play — visually contrasted though the sun-drenched outdoors and a lugubrious apartment, and intellectually between the organic and the artificial in art, food and life — the filmmakers materialize a fascinating cinematic language that interrogates itself about matters of spontaneity and manipulation, man-made products and earth-given treasures, simplicity and sophistication, and how these all intersect.

Because of its compartmentalized design, “Feast of the Epiphany” could feel as if two disconnected films have been stacked on top of each other. The desired effect, however, is more likely that of two seemingly incompatible ingredients combined in the same recipe that when tasted in a single bite their flavors intermingle for a refined philosophical fusion.

‘Feast of the Epiphany’

Hugo Weaving Won't Return as Agent Smith in The Matrix 4

Hugo Weaving Not Returning as Agent Smith in Matrix 4

The Evolution of Frankenstein's Monster