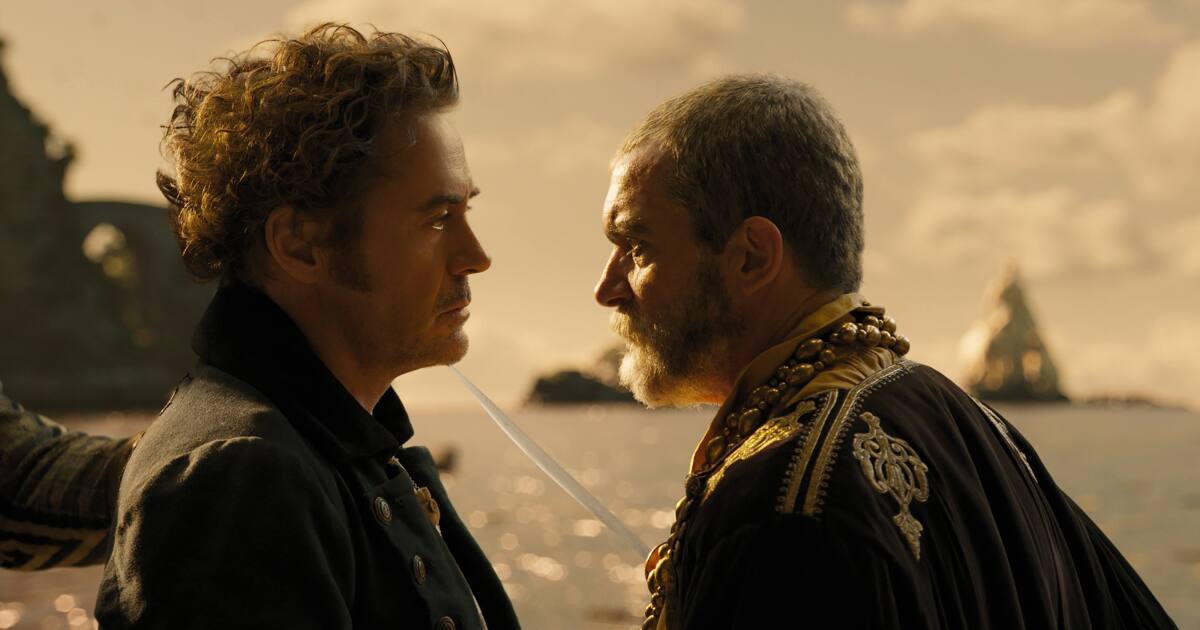 Reviews are in for Universal’s entry to the “Doctor Dolittle” canon and they are, at best, unfavorable.At worst they are downright scathing.

No one — not Oscar nominee Downey, or even his puppy-like Marvel partner Tom Holland — was safe from the deluge of criticism unleashed Wednesday on writer-director Stephen Gaghan‘s project, akin to the cruel reception for the studio’s other recent animal misadventure, “Cats.”

And that comparison was not lost on those unlucky enough to get an early peek at the film.

“‘Dolittle’ is a more harmless and whimsical family entertainment, less likely to provoke nightmares than the digitally furred felines of Tom Hooper’s Andrew Lloyd Webber adaptation,” wrote Jake Coyle of the Associated Press. “But, just the same, the two films together could be the worst setback for animalia since global warming, or at least ‘Howard the Duck.’”

The Los Angeles Times’ Katie Walsh was especially harsh, finding no redeemable qualities whatsoever in the cinematic follow-up to the 1998 Eddie Murphy saga and the equally “cursed endeavor” that was the 1967 version featuring Rex Harrison.

“Do little? They could not have done less,” Walsh wrote. “The only appropriate adjective for this “Dolittle” is ‘hasty.’ Everything feels slapdash and half-rendered; the plot proceeds in a fashion that could be described only as perfunctory. Everyone on screen seems to be in a stumbling daze, especially Downey as the frazzle-dazzled doctor. You’ll spend most of the movie wondering about the mysterious provenance of his half-Irish, half-Scottish accent and the rest of the time wondering if they actually dubbed his voice along with the rest of the animals.”

In a departure from his performance in “Avengers: Endgame” — which sparked a fan-fronted Oscars campaign for the “Iron Man” star — Downey seemed to struggle in his first role since retiring from the Marvel Cinematic Universe. Most reviewers particularly took issue with the doctor’s accent — a capital-C Choice that ultimately condemned any small chance he had to be taken seriously in a kids movie stuffed with talking animals.

“Downey, a delightfully inventive, generational talent who has been borged into the Marvel machine for the past decade-plus, seems determined to sabotage this movie,” wrote Vulture‘s Bilge Ebiri. “He undoes any potential goodwill by opting for an ill-advised and half-hearted Welsh accent which occasionally (and I’m assuming inadvertently) slips into Irish, Indian, and Jamaican intonations. The haphazard delivery naturally makes the whole performance feel slapdash, but Downey’s voice has also been mixed in a way that feels artificial, like we’re watching a poorly dubbed version of a foreign-language film.”

USA Today‘s Brian Truitt was kinder to Downey’s fitting “wild style and quirky persona,” but ultimately came to the pitying conclusion that “most everything else about ‘Dolittle’ just doesn’t measure up to its A-list star.”

In a sort of back-handed compliment to its lead, several lamented the venture as a criminal waste of talent.

“So … we have the brilliant Stephen Gaghan writing and directing a film starring the genius Robert Downey Jr. — AND IT’S A DAMN DOLITTLE MOVIE?” wrote Richard Roeper of the Chicago Sun-Times. “We have the first serious contender for Wasted Opportunity of the Decade.”

Speaking of a waste of talent, how about Downey Jr.’s star-studded zoo of a supporting cast? Everyone from Selena Gomez and Kumail Nanjiani to Ralph Fiennes and Octavia Spencer loaned their voices to Dolittle’s menagerie, but alas, their collective star power still couldn’t overcome the lackluster visual effects and lifeless attempts at humor.

“The script was allegedly spruced up by ‘The Lego Batman Movie’ director Chris McKay but it’s in need of a more exhaustive retooling, perhaps by a sitcom writer — anyone who could give these animals something funnier to say,” wrote the Guardian‘s Benjamin Lee.

“What should have been an awe-filled adventure quickly curdles into an awful one, thanks to a pedestrian formula and the filmmakers’ fixation on fart jokes,” echoed Variety‘s Courtney Howard, who deemed the “downright sloppy” flick “as predictable as it is obnoxious.”

Then there was the excessive and reportedly underwhelming CGI, which seemed to tarnish everything from Dolittle’s company of creatures to the group’s seafaring journeys.

“As for the animation, it’s fine in close-up, but whenever a CGI critter appears in the same frame as a human being, man and beast don’t seem to be occupying the same screen,” wrote Kristen Page-Kirby of the Washington Post. “Or planet. Or dimensional reality.”

Well, at least “Dolittle’s” intended juvenile audience should enjoy it, wrote Vanity Fair‘s Richard Lawson, who argued that “Doctor Dolittle” vehicles will “continue to be made, as there will always be children who want to see them.”

“No doctor can cure what ails this ‘Dolittle,’” wrote the Hollywood Reporter‘s Todd McCarthy. “The oddly diffident star and executive producer Robert Downey Jr. never finds the power-supplying third rail needed to energize a tale that fails to make a real case for being reinterpreted; you can practically hear little kids whining, ‘Mommy, Daddy, can we go now?’”