Salman Khan’s love for paintings is known to the world. Apart from his films, Salman finds his solace in paintings and often takes up the painting brush to paint things on canvas. The superstar along with Jacqueline Fernandez was in Madhya Pradesh recently for IIFA’s press conference and after finishing the event the two were seen exploring Madhya Pradesh’s local Gond Paintings.

Gond paintings are a form of paintings made on folk and tribal art by the Gond community. These paintings are prepared on the theme that majorly highlights nature as the main subject. 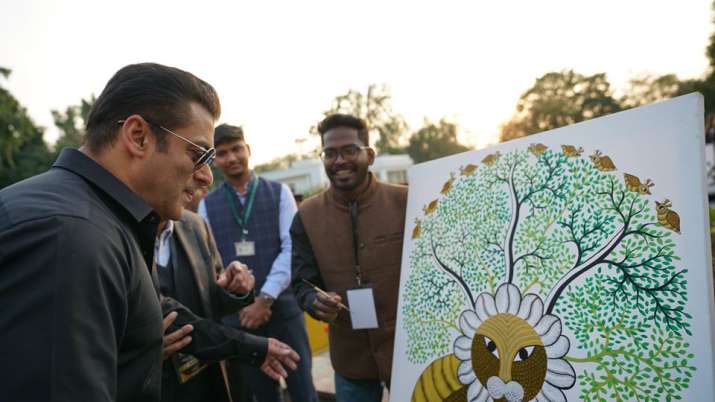 Other than taking inspiration from nature to draw these paintings, myths and legends can also be another subject on which these paintings are drawn. Earlier these paintings were done on walls of houses but with changing times it has shifted to the canvas from walls. 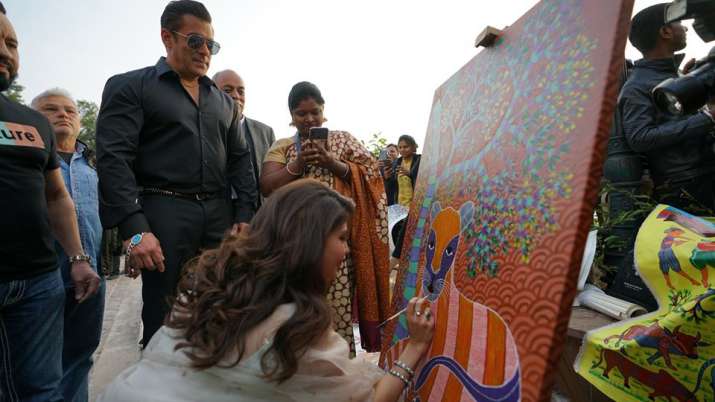 Salman and Jacqueline were seen interacting with local artists, clicking pictures with fans and the two even took up the paintbrush to try out their hand at painting. 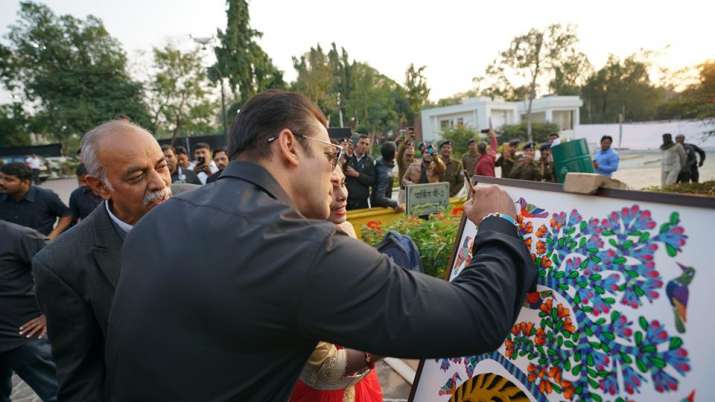 During his visit to Madhya Pradesh, Salman also talked about his connection to the state and the city of Indore. Salman who was born in Indore spent a good time of his childhood in Indore.

Salman Khan will be hosting the three-day event, which mixes glitz, glamour and marketing, for the first time, Riteish Deshmukh will be Salman’s co-host for the awards.  . An event-related to the IIFA Awards will be held in Bhopal on March 21, while the main function will be organized in Indore from March 27 to 29.

New Onward TV Spot Takes You On a Magical Quest

Bob Biswas: Abhishek Bachchan gets a grandson's welcome in Kolkata