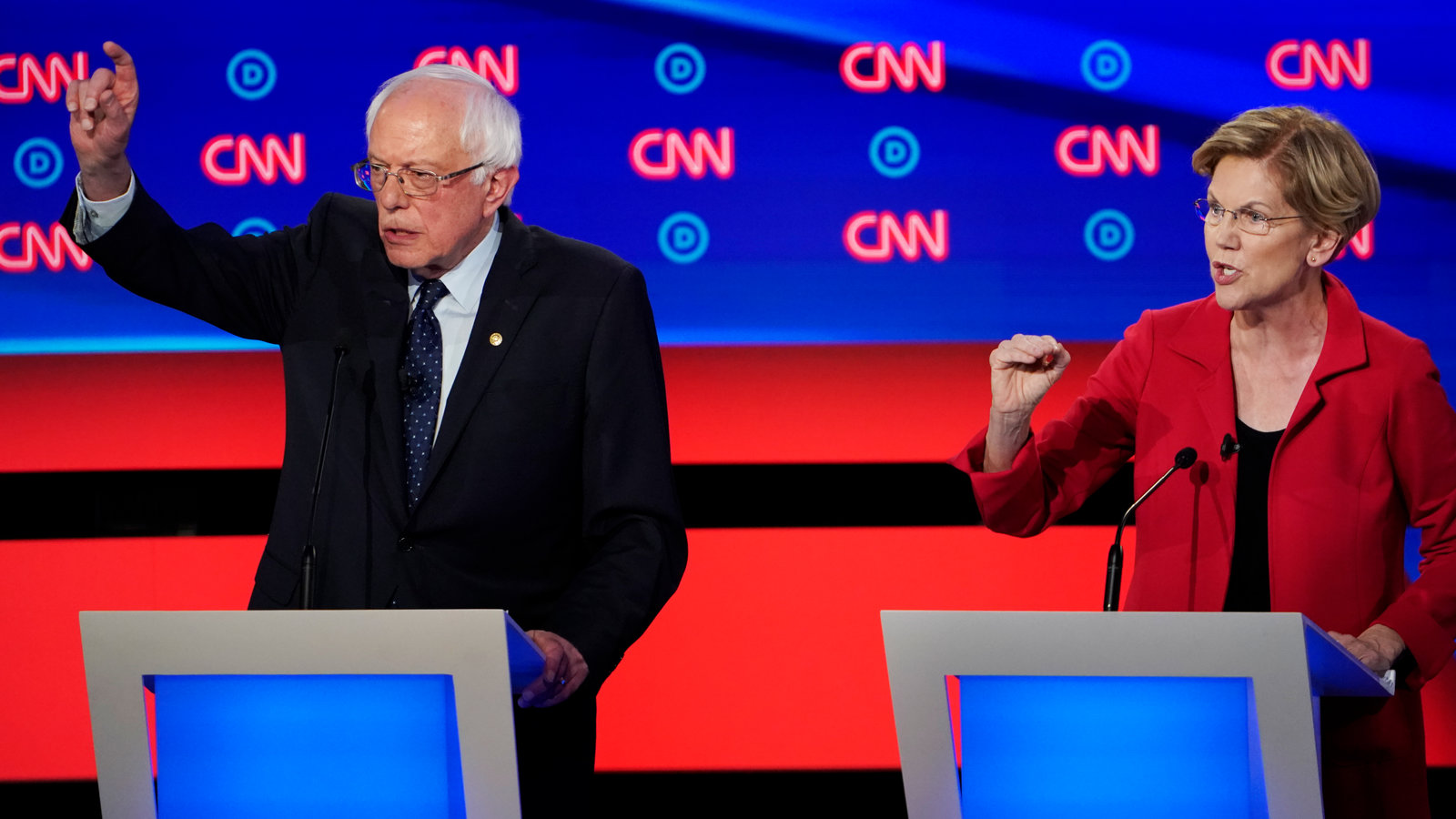 Asked last March whether Mr. Sanders had urged her not to run, Ms. Warren said, “Bernie and I had a private dinner, and my view is that dinner stays private.”

The full political impact of the report could hinge on what happens during Tuesday’s Democratic debate in Des Moines, where Ms. Warren and Mr. Sanders will be on the same stage just weeks before the Iowa caucuses. Up to this point, the two progressive candidates have focused their attacks on more moderate rivals, a consequence of their longtime friendship and a desire to not damage the party’s left wing.

However, tensions between the two campaigns — and among their most fervent supporters — have increased in recent days. One well-respected poll from The Des Moines Register and CNN placed Mr. Sanders and Ms. Warren as the top two candidates in Iowa, with Mr. Sanders leading the pack.

If Mr. Sanders wins the caucuses, he would have a chance to start the nominating contest with three consecutive victories, given his following in New Hampshire, where he routed Mrs. Clinton in 2016, and his appeal in Nevada. Iowa is also critical for Ms. Warren, who has spent a considerable amount of time in the state and is hoping it will help sustain her online-focused fund-raising and propel her deeper into the primary calendar.

Veterans of past Iowa campaigns said the report about Mr. Sanders could hurt him with some voters who are still making up their minds, particularly those deciding between him and Ms. Warren. Polls in the state indicate that Ms. Warren is the top second choice among Mr. Sanders’s supporters. Yet Democratic strategists not affiliated with either candidate urged Ms. Warren to handle the issue cautiously given that other candidates are eager to see the two progressives bloody each other.

That roster includes not just Joseph R. Biden Jr. and Pete Buttigieg, who are bunched up with Mr. Sanders and Mr. Warren at the top of Iowa surveys, but also Senator Amy Klobuchar of Minnesota, who has positioned herself as the best candidate to beat Mr. Trump because of her Midwestern roots.

“If I were her I’d say, ‘Bernie and I have been friends for years and I’m not going to speak to private conversations, but of course I think a woman can win the presidency,’” said Jennifer R. Psaki, who worked on Barack Obama’s 2008 campaign.

Why 2nd choice matters so much in Iowa