The second season of the selection day, which is based on the book of the same name by Arvind Adiga, only draws its focus from the constantly irritated father and branches in all directions to give a certain resonance to other main characters. Fortunately, it works and how!

As in season one, there are six episodes of almost 25 minutes each in the new season, but this time they're darker, more surreal, and definitely more engaging. While the two lost cricket sons Manju and Radha (Mohammad Samad and Yash Dholye) and their oddly confident father Mohan (Rajesh Tailang) are still unable to find their way around the ruthless city of Mumbai, they seem to be approaching a viewpoint. The good thing is that you get a break from Tailang's undivided anger and see the boys take command of the 22-yard field. 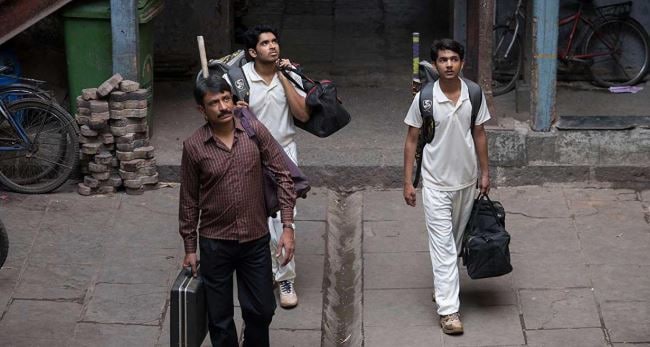 Even Akshay Oberois, a morally conflicted businessman, and Mahesh Manjrekar's cricket coach, who has returned from retirement, have enough time to spread their wings and show presence. This time it's all about the wise decisions of the authors, who have included the two boys in most of the important action points.

However, it continues to follow a predictable path. Samad takes center stage and, like his flawless half-volley, brings a certain seriousness to the show. Dholye, although given a similar grid time, appears to have a unidirectional approach. Perhaps that was the intention, but Samad is the link between curves and turns. In fact, it wouldn't be an exaggeration if you ended up thinking about the show from his point of view, even in the situation where he's not directly involved.

Then there are scenes in which you would not be able to tell the right from the wrong or the true from the imagination. The tension over Tailang's conspicuously absent woman becomes a bone of resentment between the boys and her father. A new character of a street-smart Marathi business woman, played by an expressive Amruta Subhash (do you remember Raman Raghav 2.0?) Is supposed to corner Tailang, who condenses the plot around his wife in a horribly nuanced manner.

This is not the only scene where you see the authors play with the idea of ​​literally exposing unbelief. Ratna Pathak Shah's tired headmistress speaks to herself and Shiv Pandits God spreads a charged moment by using the millennial language. Do you see what they're doing there? They wantonly make themselves part of our daily struggle. Something to which Adiga's novel is committed.

There are also longer parts, which is surprising, since such small episodes should ideally not have a large breathing space. The trace of Karanvir Malhotras Javed is tense and does not lead to a point where you start to feel for him. In addition, the entire perspective, which leads from the brat to the vulnerability, is too clichéd to allow the audience to look beyond the usual. It seems too comfortable to say the least.

The second selection day also suffers from the core idea that Mumbai is the city of compassionate people and child prodigies with a broken heart. Not that they are myths, but we were there and did that. Movies like Takshak and Guru have captured the same being in more serious ways.

What speaks immensely for the second day of selection is the basic understanding of the makers, the story about puberty and how a teenager's psyche can change, and like all adolescents who come more or less from different parts of the world, speak the same Language full of compassion and hope. This is the time when the second selection day exceeds expectations, especially after an almost cloudy first season.

Netflix seems to be holding a slow-blow burner. This show may find enthusiastic followers in the coming seasons.

The proposed Palestinian capital will be in Abu Dis: Israeli Prime...