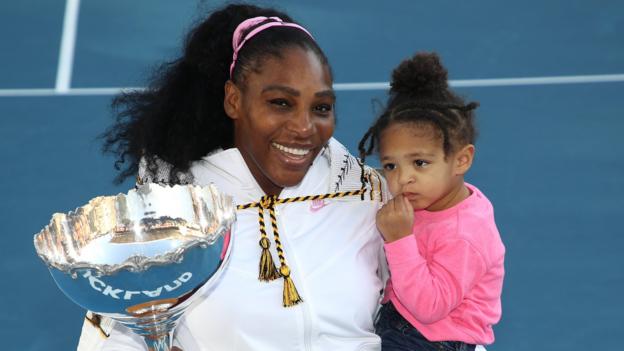 Serena Williams won her first title in three years and became a mother for the first time by defeating Jessica Pegula at the Auckland Classic.

It is the first individual title of the 38-year-old since she won the Australian Open 2017 and her 73rd overall WTA victory.

Williams, in her fourth decade on the WTA Tour, lost the 2018 and 2019 Wimbledon and US Open finals and retired from the 2019 Rogers Cup final.

After her victory, she said that she would donate her prize money in Auckland and a dress that she had worn to the Australian bushfire appeal.

"I've been playing and going through so much and I'm happy to do something I love," said Williams.

"I feel happy and blessed to be out here and to be healthy and to play."

Williams won her first WTA title in February 1999 when she defeated Amelie Mauresmo on the carpet at the Open Gaz de France.

She had a slow start in Auckland when Pegula took a 3-1 lead in the first set before recovering to win the next five games and finish the first set.

Williams stopped serving Pegula at the start of the second set and converted her fourth match point to secure the win.

She celebrated in court with her daughter Olympia, with whom she was eight weeks pregnant when she won her last Grand Slam title in Melbourne.

She will be back with Caroline Wozniacki later on Sunday when she doubles against Asia Muhammad and Taylor Townsend.

Yoenis Cespedes looks "really good" after the boycott of the media

Paul Casey is still aiming for a major and the Olympics