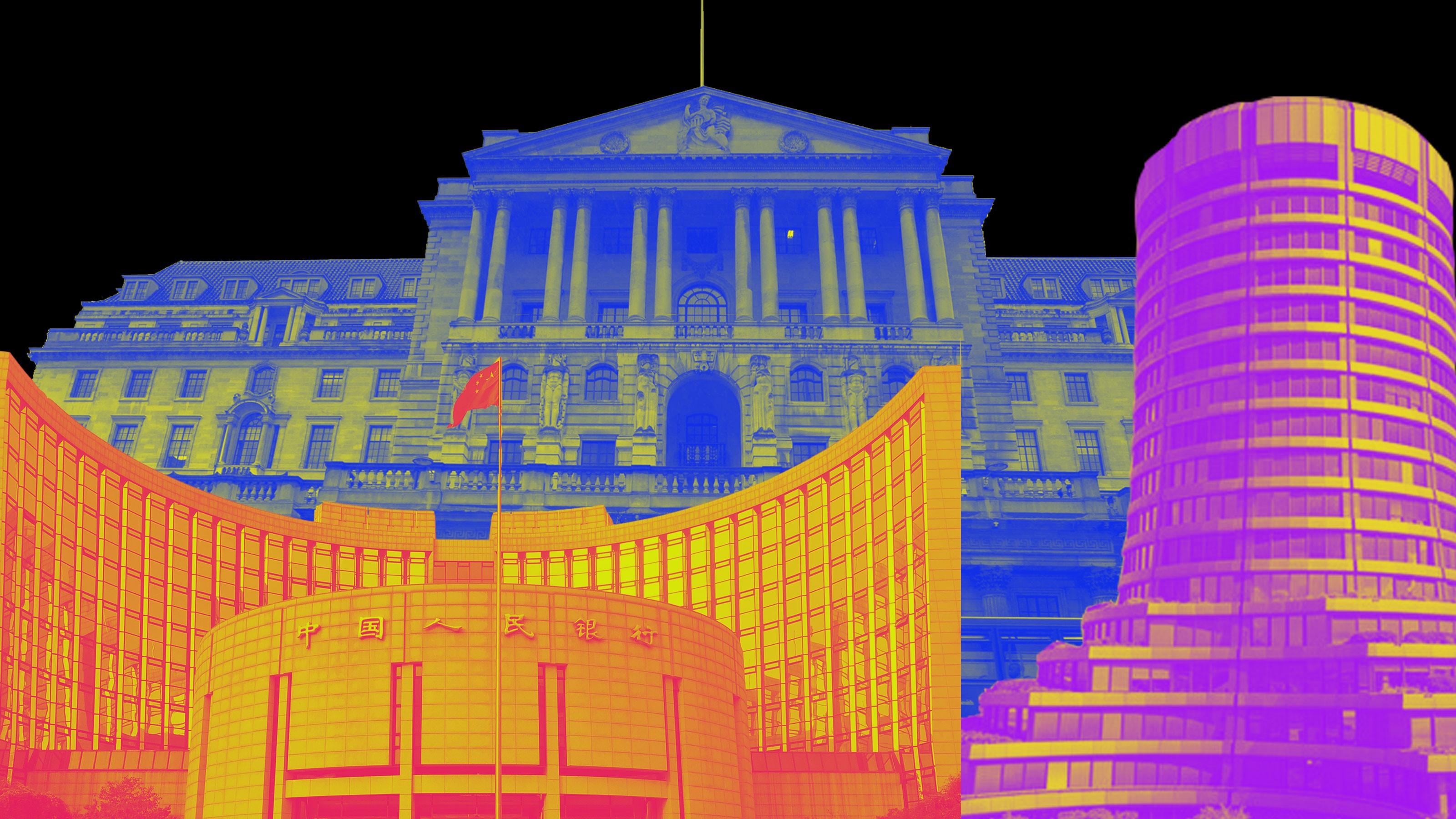 For years, powerful central banks around the world have claimed to be studying digital currencies, and most have left open the possibility that one day they might launch their own. That day may be dawning—much earlier than anyone expected.

In a recent blog post, IMF economists Tobias Adrian and Tommaso Mancini-Griffoli called on policymakers to take “prompt regulatory action” to address the “notable risks” posed by privately issued digital currencies, called stablecoins, that are designed to maintain a consistent value. More to the point: central banks may need to get into the stablecoin business themselves.

Sign up for the Chain Letter — blockchains, cryptocurrencies, and why they matter

Earlier this year, the possibility that we might see state-backed digital currencies any time soon seemed remote. Augustín Carstens, general manager of the Bank of International Settlements, the so-called central bank for central banks, was less than enthusiastic in a March speech: “Research and experimentation have so far failed to put forward a convincing case,” he said. “Central banks are not seeing today the value of venturing into uncharted territory.”

In July, however, Carstens did an about face. “It might be that it is sooner than we think that there is a market and we need to be able to provide central bank digital currencies,” he told the Financial Times.

What changed? In June, Facebook revealed its plans to issue a new stablecoin, called Libra, which will be backed by a reserve made up of sovereign currencies. The prospect of a non-sovereign currency that could instantly reach the billions of people across the globe who use Facebook products suddenly has central bankers playing defense.

Libra vs. the State

Out in front is the People’s Bank of China. In fact, the PBOC has been serious about digital currency since it began studying the technology in 2014. It has a research institute specifically devoted to this. Wang Xin, director of the PBOC’s research bureau, said in July that the bank was paying “high attention” to Libra, which Facebook wants to launch next year. In August, Mu Changchun, deputy director of the PBOC’s payments department, said a digital version of the renminbi, which will be a medium for consumer payments, is “close to being out.”

Libra hasn’t just caused a stir in China. France and Germany have vowed to block it, calling it a potential threat to “monetary sovereignty.” European Central Bank board member Benoît Coeuré said last month that stablecoins give rise to “serious risks.” Libra has been a “wake-up call,” he said, adding: “We also need to step up our thinking on a central bank digital currency.” This week, two US lawmakers cited risks posed by Libra in a letter urging the Federal Reserve to consider creating a digital version of the dollar.

What exactly are the risks posed by private stablecoins? Besides standard concerns over money laundering and terrorist financing, much of this discussion boils down to whether you  trust a technology company with your money.

Private stablecoin providers could unseat banks, which generally face strict consumer protection rules, as the main intermediaries between central banks and consumers. That could have unforeseen consequences, according to Adrian and Mancini-Griffoli of the IMF. “Tech giants could use their networks to shut out competitors and monetize information, using proprietary access to data on customer transactions,” they write.

The two economists suggest that stablecoins could undermine financial stability, and that stablecoin users risk losing their money: “Whether stablecoins are indeed stable is questionable.” It depends on the safety and availability of the underlying assets, and whether they are “protected from other creditors if the stablecoin provider goes bankrupt.”

Adrian and Mancini-Griffoli say that perhaps governments should require stablecoin providers to “fully back coins with central bank reserves—the safest and most liquid assets available.” They point out that China already requires popular payment platforms Alipay and WeChat Pay to do this. The approach could be used to protect consumers’ money if the stablecoin provider goes bankrupt, they write.

Fear of its potential dangers is not the only reason central bankers find Libra compelling, however. In a recent speech, Bank of England governor Mark Carney suggested that a safer alternative to Libra might be a public version. Like Libra, it might be backed by multiple sovereign currencies, but its network would be run by central banks, not companies. “Even if the initial variants of the idea prove wanting, the concept is intriguing,” Carney said.

An elegy for cash: the technology we might never replace

An NBA star plans to turn his contract into digital tokens...