The Sony WH-1000XM3 and Bose QC35ii are generally considered the gold standard for wireless noise-canceling headphones, but both models cost significantly more than Rs. 20,000 in India. While there are cheaper headsets with similar features and good sound quality, the performance changes significantly the lower the price. Sony hopes to change this with its latest product, the Sony WH-XB900N.

As the model number suggests to anyone familiar with Sony's often confusing naming conventions, Rs. 16,990 Sony WH-XB900N fall within the company's "extra bass" line. These headphones also offer wireless connectivity and active noise cancellation, making them the most advanced and expensive product in the Extra Bass range. It is located directly under the WH-1000XM3 in the pecking order for headphones.

A lot is offered here, including most of the features of the Sony WH-1000XM3 at a lower price and more bass. Can all of this make the Sony WH-XB900N an acceptable and less expensive alternative to the WH-1000XM3? We find out in our test.

Sony's headphones have a distinctive aesthetic that we really like, especially the shape and design of the WH-1000XM3. The Sony WH-XB900N has a predominantly plastic exterior and is roughly the same shape and size as the WH-1000XM3. The main differences are in texture and colors. The lower parts of the headband and the ear cups have the same color and texture, only the embossed Sony logos on both sides and the small NFC logo on the left interrupt this continuity.

The top of the headgear has foam padding on the bottom that resembles the foam padding around the ear cups. The color of the upholstery is almost identical to that of the plastic parts and contributes to the clear, monochrome look of the headset. The upper parts of the two ear cups directly under the headband are shiny. Here you will also find the bass fans that contribute to the bass-heavy sound of the Sony WH-XB900N, but more on that later.

One of the microphones and the touch-sensitive control panel are located in the right auricle. In the left there are all buttons and connections as well as the second microphone. The headset has two buttons – one for the power supply and a second button that can be customized to either control active noise cancellation and ambient noise mode, or to access the voice assistant on a paired device. The Sony WH-XB900N also has a USB Type-C port for charging and a 3.5mm jack for cable connections.

The touch panel on the right was familiar to us, as it is the same system used for the WH-1000XM3 and even the older Sony WH-1000XM2 headphones. Gestures control playback (double tap to play or pause), track selection (swipe left or right for the previous or next track) and volume (swipe up or down for volume up or down), and the control panel was usually accurate and responsive to our gestures.

Thanks to the large ear cups, the all-round fit, the soft padding and the proven design, the Sony WH-XB900N is an extremely comfortable headphone. We were able to use the WH-XB900N for many hours in a row without feeling uncomfortable.

The padding ensures satisfactory noise isolation and an intense listening experience indoors, even when active noise cancellation has been switched off. The noise isolation was not particularly good outdoors, but active noise cancellation was able to compensate for this in part. Despite the thick padding, we had no problems with heat-related discomfort in our ears. The headphones can be folded up easily when not in use.

The Sony WH-XB900N headphones are powered by dynamic 40mm drivers with a frequency range of 20 to 40,000 Hz when used with the 990 Kbps LDAC codec. Connectivity is mainly via Bluetooth 4.2. Surprisingly, Sony did not opt ​​for the newer and better Bluetooth 5 standard. There is also NFC for quick pairing and support for Google Assistant, Alexa and Siri when connected to compatible smartphones.

While other headphone manufacturers tend to ignore the importance of Bluetooth codecs, Sony has paid particular attention to it. The Sony WH-XB900N headphones are not scarce in this department because they support the codecs SBC, AAC, aptX, aptX HD and LDAC. If you want to use these headphones with an iOS device, only the AAC codec is relevant for you. Android users and anyone using more advanced source devices will appreciate the additional codec support that has had a significant impact on our listening experience, which we'll cover in a moment.

The scope of delivery of the Sony WH-XB900N includes a USB cable type C for charging, a stereo cable for wired listening (with a 3.5 mm plug on both ends) and a carrying case for the headphones.

We have an impressive battery life of around 28 hours with a full charge and active noise protection that was on about half the time. With a 10 W charger, the headphones could be fully charged in about three hours. The WH-XB900N also has a quick charge feature that allows you to work for about an hour after 10 minutes of charging (from a near-zero battery level). 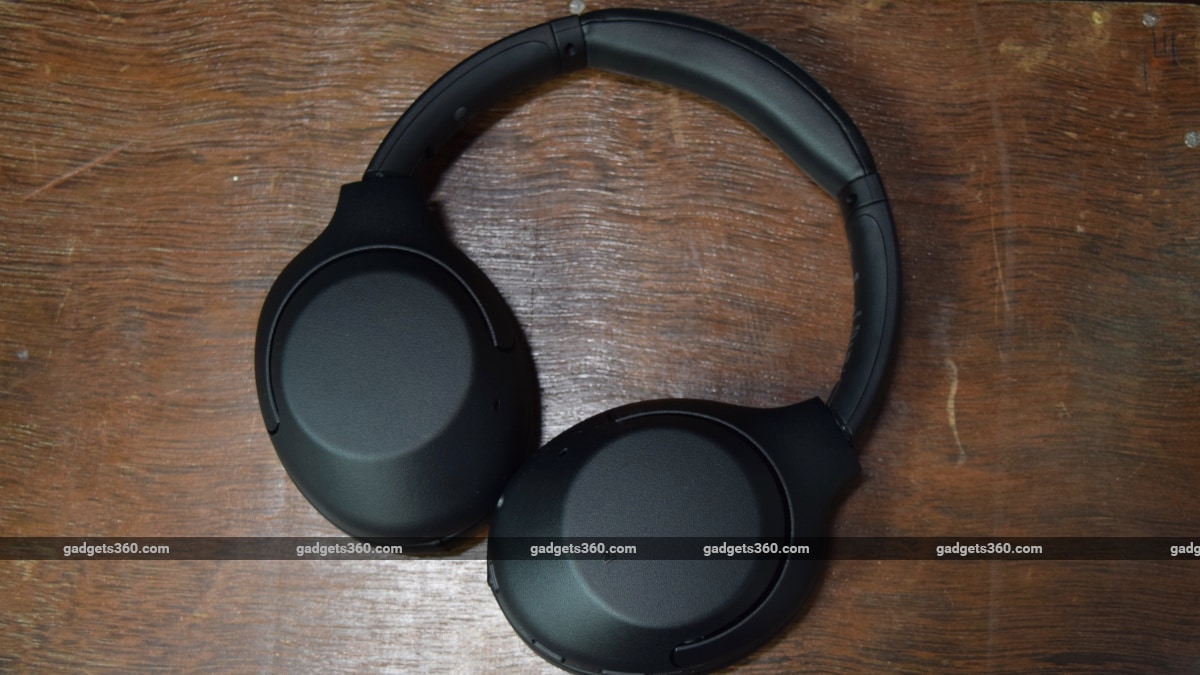 As with many high-end headphones from Sony, the Sony WH-XB900N works with the Sony Headphones Connect app, which is available for iOS and Android. The app recognizes which headphones are connected to the device and sets the settings according to the available functions. With the WH-XB900N, these include adaptive tone control, ambient tone control, tone position control, an equalizer and the selection of the sound quality mode are just a few.

Some settings for the headphones can only be controlled via the app, e.g. These include, for example, voice guidance (which gives voice instructions as you go through various functions), the function of the user-defined key, the DSEE sound enhancement system from Sony, equalizer settings and tone position control and adaptive tone control. Many of them can be safely left off, but others can be customized to suit your needs, such as the volume that the headphones let through with ambient noise control.

The headphones have a feature called Adaptive Sound Control, which is similar to the Moments feature of the Jabra Elite 85h headphones. In this way, the app recognizes your surroundings and performs actions to automatically set the ambient noise control to the most suitable setting. This worked well, but we preferred to have control over when to use active noise cancellation and to feed ambient noise through the microphones. On the whole, the app was just something we needed to set up the headphones when they were new, and we didn't have to use them too often after that.

We believe that the Sony WH-1000XM3 is a step ahead of its closest competitor, the Bose QC35 II, in terms of sound quality, and its specs have a lot to do with it. In addition to its high-quality drivers, the Sony WH-XB900N has similarly good technical data, supports advanced Bluetooth codecs and has a well-coordinated acoustic signature that offers exactly what is promised on the box – extra bass.

While wired connectivity is a great thing, the Sony WH-XB900N is designed for wireless use. Regardless of which of our devices we used, the Sony WH-XB900N sounded excellent. When used wirelessly with the iPad mini and the AAC Bluetooth codec, the headphones sounded decent enough. However, the best performance was achieved when the WH-XB900N headphones were connected to OnePlus 7 Pro with the LDAC or aptX HD codec activated.

The sound on the iPad mini using Bluetooth was a bit shrill in the treble and a bit loose in the lower section. If you use the cable but the headphones are on and use both active noise cancellation and internal amplification, the sound will improve a little.

The shrill and loose depths pretty much disappeared when the Android smartphone was used wirelessly with one of the two advanced codecs. The result was a clean, precise sound that spanned the entire frequency range, which is possibly one of the most detailed that we have heard of wireless headphones. We also liked the impressive and wide sound stage of the Sony WH-XB900N headphones.

The sound was particularly impressive when using the 990 Kbps encoding option of the LDAC codec. However, this led to connection problems with frequent sound disturbances. Reducing it to 660 kbit / s or using the aptX HD codec (which encodes and transmits 576 kbit / s) offered a good balance between sound quality and connection stability. Active noise cancellation was required for optimal sound quality in noisy environments. In quieter environments, the sound was slightly better with the ANC turned off.

Overall, we found that superior codec support made a big difference in sound quality, and we could hear the difference even when switching between codecs on the same device quickly. We find it surprising that other headphone manufacturers don't pay much attention to codec support. The Sony WH-XB900N headphones are technically up to date.

After all this, we finally get the sonic signature. The lettering "Extra Bass" on the box is absolutely accurate – the headphones WH-XB900N from Sony offer a considerable upswing in the low-end range. Fortunately, with the right codec, this bass boost was felt to be tight and nifty. The increased feedback and raw punch were best heard in the sub-bass, and the mid-bass frequencies also sounded mostly tight and clean.

While the Bass Boost was certainly fun with most popular pieces of music, it could also tire at high volumes. The acoustic signature of the Sony WH-XB900N can best be described as channeled aggression. It's a sound that we really liked, provided we had a few minutes of rest every hour. Of course, users have the option of reducing the volume with the equalizer. However, this is not fun for headphones because it distorts the intended mood and affects some sound qualities.

The Sony WH-XB900N has active noise cancellation, but the actual implementation is slightly easier than that of the Sony WH-1000XM3. With the higher quality headphones, you can improve noise suppression by adjusting parameters such as optimizing atmospheric pressure and adjusting the effect to your head size, hair and other factors. However, the WH-XB900N offers nothing special in this department. You can either turn noise cancellation on or off.

If you have activated it, the active noise cancellation on the Sony WH-XB900N makes a reasonable contribution to the suppression of ambient noise, of course to the extent that modern headphones with noise cancellation can do. There was a noticeable difference in the volume that we could hear because the headphones turned off a lot of the hum in our typical surroundings, including the buzz of the air conditioning in our office and the traffic noise outside.

However, the silence was not quite as loud as the Sony WH-1000XM3 and Bose QC35 II headphones. We could still hear some of the sound that should ideally have been muffled, albeit very quietly. If the quality of active noise cancellation is important to you and you can expand your budget, we recommend the Sony WH-1000XM3 over the Sony XB-900N. 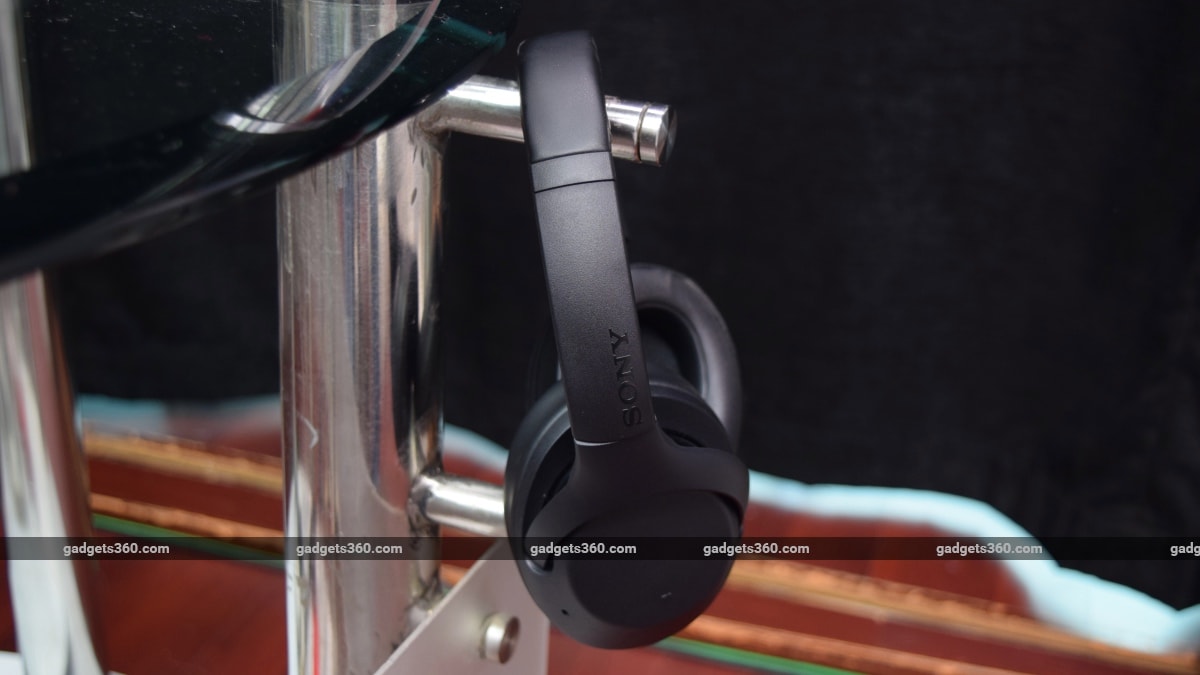 The Sony WH-XB900N is not quite as powerful as the WH-1000XM3 in some small things, but it is practically as good when it comes to the most important factors. Sound quality is excellent for a number of reasons, including good drivers, correct pairing, and support for advanced Bluetooth codecs. In addition, these headphones are comfortable to wear and the extra bass can be a lot of fun depending on the music you listen to.

How IoT is Facilitating to Improve Your Home Safety

Never hang up your smart speaker for Google Home or Nest...