Arya Films unveiled the trailer or their upcoming film, Doordarshan on 29th Jan, and this Mahie Gill, Manu Rishi Chadha and Dolly Ahluwalia starrer has clearly managed to tickle the funny bone. With its quirky one liners and relatable setting and unexpected twists, the audience are eagerly waiting for release of the film. After the trailer went viral, the internet is flooded with memes and there is a lot of buzz around the film. 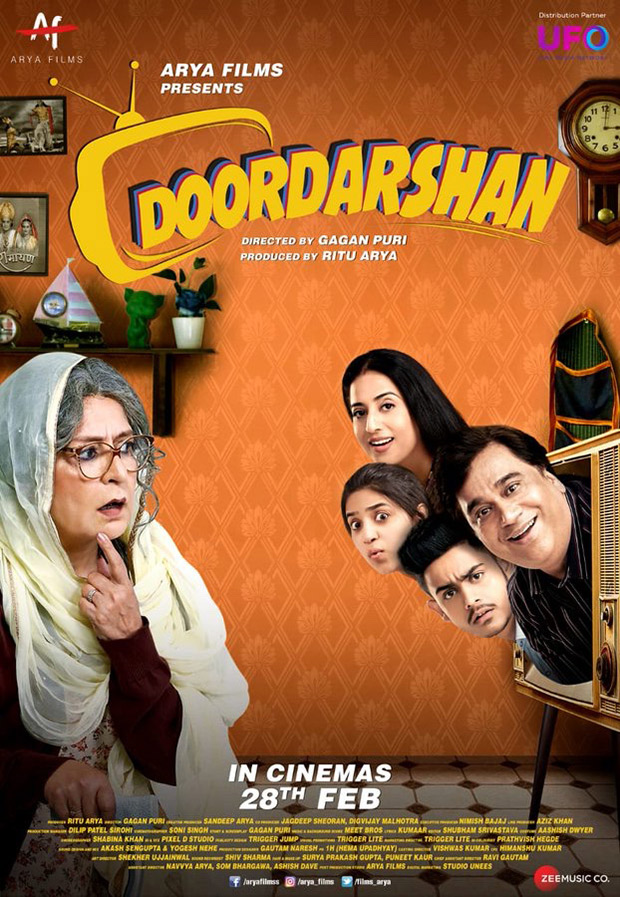 The story of the film revolves around a grandmother played by National award-winning veteran actress Dolly Ahluwalia, who was comatose since 1989. In 2019, suddenly she regains consciousness and is unable to process the time gap and transition from the world of Doordarshan to the Digital era. Then to help her cope, the whole family tries to recreate 1989 in 2019!

The audience is loving the trailer as it has a good dose of 90s nostalgia. In an age of remixes, this glimpse of Chitrahaar is winning a lot a lot of praise across social media.  Here’s what the audience had to say.

Spellbinding to watch! Looking forward to this interfering storyline. #DoordarshanTrailerhttps://t.co/tJufTTcSbZ

“This #DoordarshanTrailer is just Awesome, fantastic and improbable and will win everyone’s hearts.”

This #DoordarshanTrailer is just Awsome, fantastic and improbable and will win everyone’s hearts!https://t.co/C6kteJ1BbN

“Finally there’s something new to watch.
Awesome trailor, wish this movie is up to mark.’

Finally there’s smthing new to watch.
Owesome trailor, wish this movie is up to mark…all the best to… #doordarshantrailer @ZeeMusicCompany https://t.co/SrM3XV8Gc5

The film is slated to be released on 28th February and also stars Rajesh Sharma, Supriya Shukla, Sumit Gulati, Aditya Kumar, Mehak Manwani, Shardul Rana and Archita Sharma. Doordarshan is produced by Ritu Arya and Sandeep Arya and is directed by Gagan Puri.