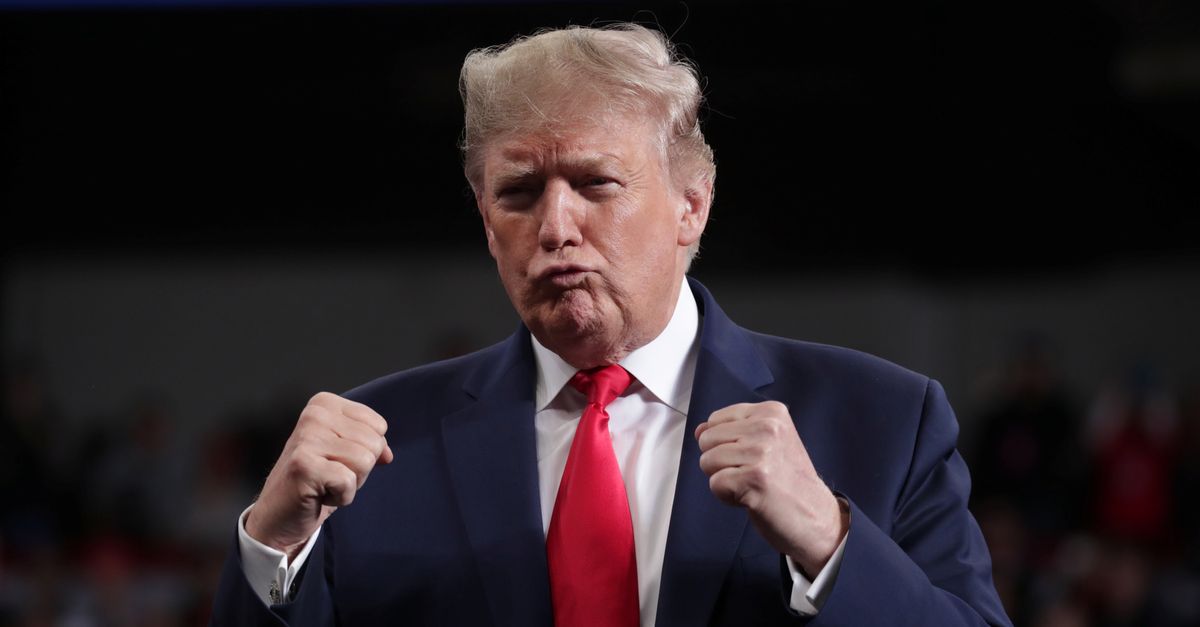 President Donald Trump appeared to claim credit Thursday for a dramatic drop in cancer deaths in the U.S. over the last 26 years. The American Cancer Society isn’t backing him up.

Trump tweeted “a lot of good news coming out of this Administration” as he referred to his interpretation of statistics in a report by the American Cancer Society released Wednesday. The rate of people dying of cancer dropped in 2017, Trump’s first year in office, for the 26th year in a row, according to the report.

The overall death rate from cancer in the U.S. declined by 29% from 1991 to 2017. The largest-ever single-year drop in cancer deaths, 2.2% — spurred significantly by a dramatic decline in lung cancer deaths — occurred from 2016 to 2017, the report revealed.

U.S. Cancer Death Rate Lowest In Recorded History! A lot of good news coming out of this Administration.

American Cancer Society CEO Gary Reedy told CNN that the findings — even for 2017, the sole year Trump was in office during the study period — are not connected to anything his administration did. Reedy attributed the improved mortality trends to “prevention” (such as declining smoking rates), “early detection and treatment advances from earlier years.”

Several key drugs to battle cancer were approved by the Food and Drug Administration in 2014 and 2015.

Trump unsuccessfully pushed last year to slash about $5 billion from the National Institutes of Health budget — which would have included a $1 billion cut for the National Cancer Institute.

Rep. Debbie Wasserman Schultz (D-Fla.) pointed out that death rates dropped before Trump took office. “Hopefully, they keep dropping” because Congress has rejected Trump’s proposed funding cuts to the NIH and the NCI, she tweeted.

Cancer rates dropped before you took office. Hopefully they keep dropping because Congress rejected your cruel research budgets, which sought billions in CUTS to @NIH and the National Cancer Institute. This is good news despite you – not because of you https://t.co/gxPvAYSPFe

Analysis | The Health 202: Democrats forced GOPers to vote on...